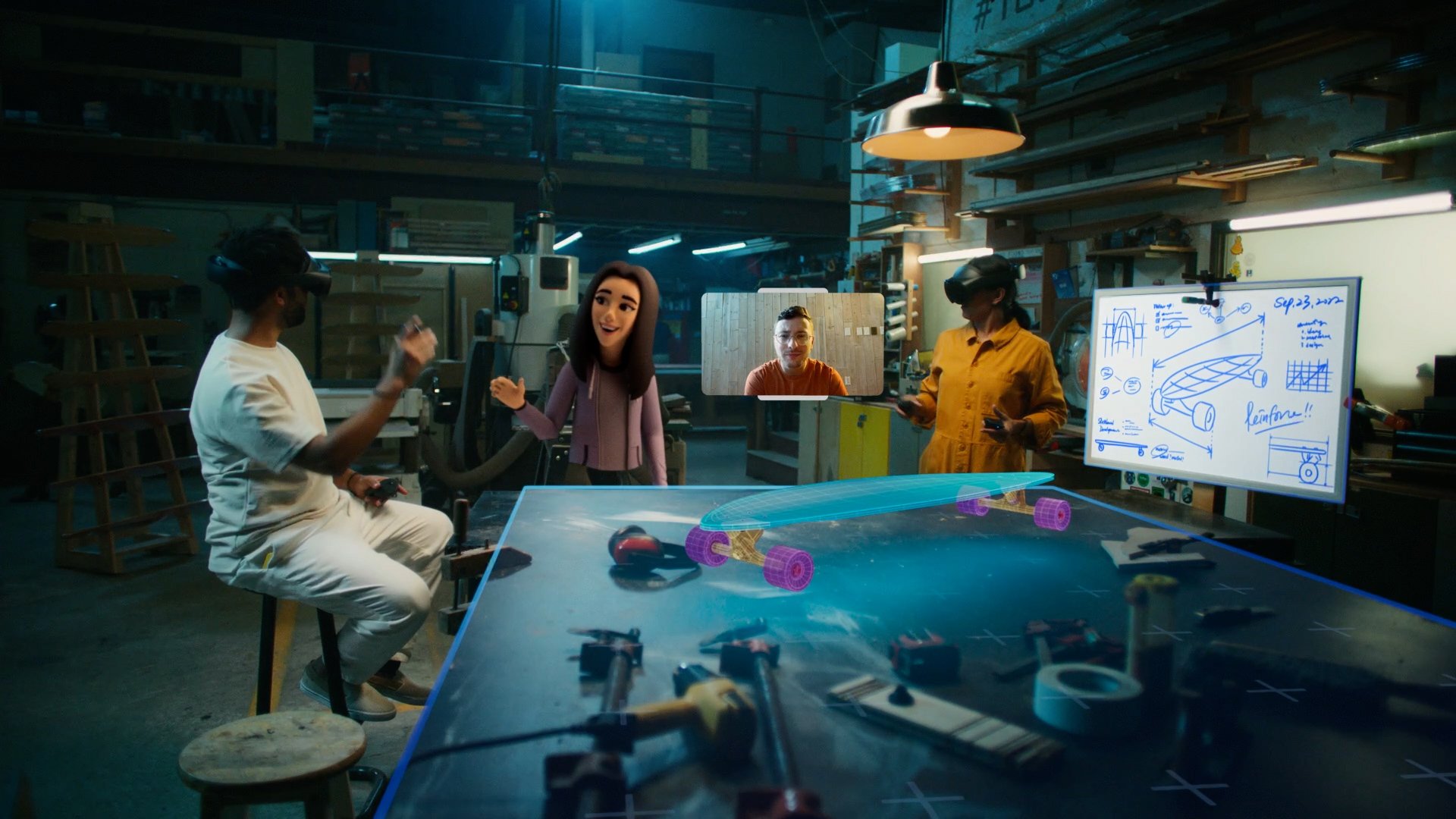 By Ryan Daws | 27th October 2022 | TechForge Media
Ryan is a senior editor at TechForge Media with over a decade of experience covering the latest technology and interviewing leading industry figures. He can often be sighted at tech conferences with a strong coffee in one hand and a laptop in the other. If it’s geeky, he’s probably into it. Find him on Twitter: @Gadget_Ry

Recent comments from Xbox and Apple executives suggest the companies remain deeply critical of the metaverse.

Most current “metaverse” experiences are just online games looking to capitalise on the hype around the term. More technological advancements are needed to fully realise the metaverse.

One core principle of the metaverse is that it will mix elements from the real world with the virtual. A “digital twin” of a factory, for example, could enable workers to control functions – or use robots to perform dangerous tasks – from the safety of a remote connection.

Another key concept for the metaverse is that it will be interoperable. This means that your avatar, and your items, can move from one experience to another. Personal ownership is a core idea behind Web3 and blockchain advancements will make it possible.

Meta is, of course, a big backer of the metaverse (it’s kinda in the name). The company is currently betting billions that its vision for the metaverse will play out over the long term.

During Meta’s annual keynote earlier this month, CEO Mark Zuckerberg set out his belief that his company has a duty to promote an open metaverse. Zuckerberg made a clear dig at Apple with its notoriously closed approach to ecosystems.

“As someone who has experience building under both models, I strongly believe that an open, interoperable metaverse – built by many different developers and companies – is going to be better for everyone,” said Zuckerberg.

“I see our role as not just helping to build this open ecosystem but making sure the open ecosystem wins out in this next generation of the internet.”

Meta believes people should have the option to spend their time in the virtual or physical world.

Keynote announcements from Meta – such as Microsoft Teams integration – showed how people can join in meetings with their virtual avatars to navigate and present in a 3D space, or they can still participate with just a webcam:

Meta has formed a deep partnership with Microsoft to advance its vision for the metaverse’s role in the enterprise. Meta’s keynote featured Microsoft CEO Satya Nadella who shared his excitement for how the metaverse can enhance the future of work.

“Today, it’s a poorly built video game. Building a metaverse that’s like a living room is not how I want to spend my time,” said Spencer at WSJ Live this week. “What I see in the metaverse world is that we’re at the early stage and this will evolve.”

Virtual reality is seen as key to making truly immersive metaverse experiences. While PlayStation is gearing up to launch its second-generation PSVR headset, Spencer told the WSJ Live audience last year that Xbox has no plans to support VR for the Series X/S consoles.

While it’s clear that Microsoft is excited about the metaverse’s impact on the future of work, Xbox doesn’t seem to think VR – let alone the metaverse – will be that attractive to consumers for at least this console generation.

Apple executives go even further with their views.

Apple is known to be working on their own mixed-reality headset that is set for launch next year, but – in typical Apple fashion – has a strict view of how users should and shouldn’t use it.

In a newsletter earlier this year, Bloomberg reporter Mark Gurman – who has a long history of accurate reporting on Apple – claimed that the metaverse is “off-limits” for Apple’s headset and the focus will be on short stints of communication, content viewing, and gaming.

When asked at WSJ Live this week to complete the phrase “The metaverse is …”, Apple VP Greg Joswiak quickly responded with “… a word I’ll never use.”

Metaverse proponents would highlight that it’s little surprise to hear that Apple is so against a vision which promotes openness, interoperability, and decentralisation. Undeterred by antitrust investigations and lawsuits, Apple is clearly keen to continue having strict control over its platforms.

The metaverse, and other Web3 technologies, pose a substantial threat to the current business models of many centralised tech giants that have thrived in the Web2 era.

Companies like Meta are trying to adapt their models for the Web3 era. Others, like Apple, appear to be sticking rigidly to the models they’ve profited from over several decades. Only time will tell which approach was the most successful.