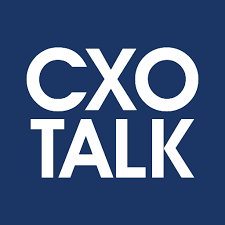 Brett Horvath serves as counselor to elected officials, policy makers, Fortune 100 CEO’s, military strategists, and leading scientists as they confront the rapidly evolving landscape of global information warfare. He has worked at the intersection of technology, politics, and risk for over 10 years, including managing come-from behind local elections, creating new organizing tech for national campaigns, designing the first comprehensive search tool to mine Twitter’s entire database in real-time, mapping the geo-politics of cyber-warfare, mapping the geo-politics of cyber-warfare, using machine learning, supercomputing, and non-linear system dynamics to comprehensively model climate risk, briefing dozens of national and international reporters on disinformation, creating new experimental models for tracking influence attacks, designing and organizing original scenario planning games for cohorts of public and private sector leaders, and advising governments around the globe as they confront emerging threats.

Dr. David A. Bray was named one of the top “24 Americans Who Are Changing the World” under 40 by Business Insider in 2016. He was also named a Young Global Leader by the World Economic Forum for 2016-2021. He also accepted a role of Co-Chair for an IEEE Committee focused on Artificial Intelligence, automated systems, and innovative policies globally for 2016-2017 and has been serving as a Visiting Executive In-Residence at Harvard University since 2015. He has also been named a Marshall Memorial Fellow for 2017-2018 and will travel to Europe to discuss Trans-Atlantic issues of common concern including exponential technologies and the global future ahead. Since 2017, he serves as Executive Director for the People-Centered Internet coalition co-founded by Vint Cerf, focused on providing support and expertise for community-focused projects that measurably improve people’s lives using the internet. He also provides strategy and advises start-ups espousing human-centric principles to technology-enabled decision making in complex environments.