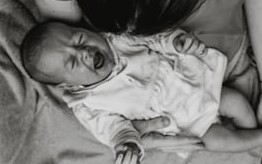 The last few years have seen tremendous progress made in machine translation, but while AI-based technologies are increasingly proficient at translating words, they still struggle with other forms of communication.

One of the more interesting attempts to close that gap has recently been undertaken by a team of researchers who have developed an AI that’s designed to translate a range of baby’s cries.

The research, which was recently published in IEEE/CAA Journal of Automatica Sinica ( JAS), claims to be able to detect abnormal cries from normal ones by detecting underlying patterns in the way the child cries.

The research is based on automatic speech recognition and uses this approach to detect specific features in the cries of babies. It was combined with compressed sensing, which allowed them to reconstruct signals even when sparse data exists. It’s an ideal approach for use in noisy environments, which is often where babies are crying.

A cry detection algorithm was then developed to ascertain the meaning of both normal and abnormal cries and was designed to be independent of individual infants, thus making it useful regardless of who is actually doing the crying.

The researchers believe that their work can have valuable implications for the health of infants and help both parents and caregivers better care for their little ones, especially in pressure situations. They’re hoping to work with hospitals and medical research centers to access more data to test the algorithm in a wider range of scenarios before hopefully bringing the technology to market.