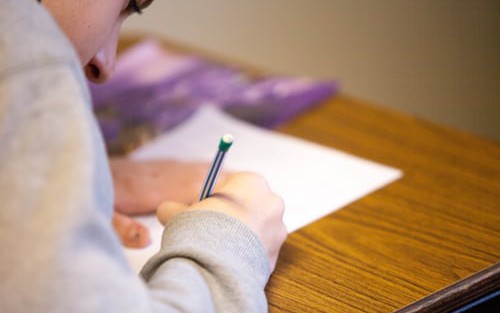 As the Internet has developed, the opportunities for students to cheat on their assignments have risen. Platforms like UpWork are now awash with students outsourcing the writing of essays to third parties around the world. Just as technology giveth, it may also taketh away, as research from the University of Copenhagen highlights how AI can be used to spot whether someone else has actually written your assignment.

The researchers began by assessing some 130,000 or so written assignments, and they believe they can now detect whether a particular student has actually written the essay themselves or had a ghostwriter do it on their behalf with an accuracy of around 90%.

There is already a reasonable range of platforms to help schools test to see if work has been lifted from somewhere else, but it’s much harder to spot when work has actually been specifically ghostwritten for an assignment.

The ghostwriter platform developed by the researchers utilizes machine learning to look for patterns in the 130,000 essays made available by the developers of the Lectio plagiarism detection software.

It uses a Siamese neural network to accurately distinguish between the specific writing styles found in various texts. Every time a student submits an assignment, the platform compares the submission with previous works by the same student. It then returns a percentage score based upon the similarity of the written style between the previous essays and the current one.

The system then provides a weighted average score that also takes into consideration things such as the delivery time, with this final score presented in percentage form to the teacher.

While the software has been developed with academia in mind, the team also believes it has a number of possible applications outside of the classroom. For instance, they suggest the police could use it when analyzing potentially forged documents.

“It would be fun to collaborate with the police, who currently deploy forensic document examiners to look for qualitative similarities and differences between the texts they are comparing. We can look at large amounts of data and find patterns. I imagine that this combination would benefit police work,” they explain.