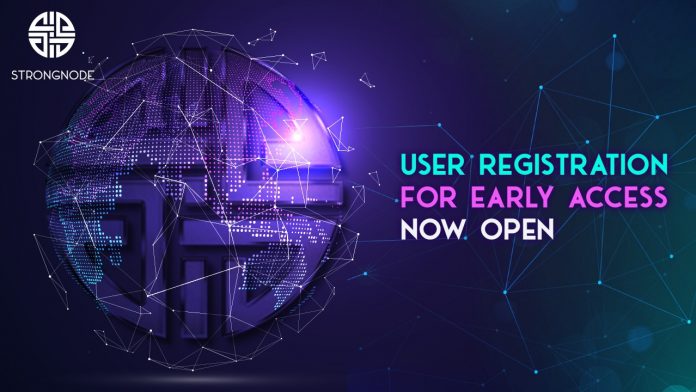 Web3, a new generation of the World Wide Web-based on blockchain technology and incorporating features such as decentralization and token-based economy, has piqued the interest of the technological community. Many startups have developed various web3 products due to its popularity. Enthrallingly, StrongNode Edge is also developing a suite of decentralized Web3 products powered by the Edge Network.

StrongNode Edge’s key product is currently under development. Anyone with a SMART device will be able to connect it to the network’s Edge and supply unused computational resources such as CPU, GPU, and RAM power to the network. In addition to being powered by the Edge Network, the product will employ blockchain for payments, rewards, interoperability efficiency, and other objectives.

StrongNode.io is a technology startup and innovation lab that provides next-generation edge networking to companies worldwide by harvesting a trinity of idle computational resources and using emerging blockchain technologies. The team is bringing an on-demand, secure, and scalable node technology to market that will radically alter how increasingly valuable computational resources are accessed and monetized in the future. Hence, Strongnode.io is at the forefront of a new era in digital connectedness.

The team has opened up user registration for early access to The Edge at Strongnode.io as of April 20th, 2022, allowing interested users to build their basic profile and reserve a limited position for early access to The Edge when it becomes accessible. Every investor should get on this right now and construct their profile in minutes to qualify for the rewards in shares that will follow.

A total of 1000 slots will be available on a first-come, first-served basis. Soon, the availability of the SNE token on the Ethereum blockchain is a trump card for both firms and users. This provides access to the world’s leading blockchain and a swathe of new users.

The SNE Token and Its Track Records

The deployment of dVPN, a decentralized virtual private network for StrongNode users, will allow users to earn $SNE by acting as exit nodes (endpoints), and customers would have to pay $SNE to use the VPN services. To use the service, users will need a StrongNodeID, which will require at least one level of KYC to ensure that bad actors aren’t utilizing the VPN to access unlawful content.

$SNE was also traded in real time on DigiFinex! This was a significant accomplishment for the company. They are ecstatic to share their token with a larger audience. Furthermore, $SNE was listed on LAtoken, and MEXC, giving SNE token holders access to a new pool of investors and the ability to trade their tokens on a major exchange. This listing also aided the firm in establishing $SNE as a coveted cryptocurrency, bolstering the influence of their previous listings in recent weeks.

As indicated in the introduction, that individual participates in a shared economy of computing resources to power the global edge network. A reward system has been implemented to this effect. Node Seeders will earn SNE tokens, and the industrial and commercial sectors will pay for these compute resources with a combination of USD ($) and SNE tokens — or only USD or SNE tokens. If just USD is used, a part is used to ‘market buy’ SNE tokens to replenish the Node Seeder rewards pool.

Coming soon to the Ethereum blockchain

The near launch of the SNE cryptocurrency on Ethereum will prove a significant step forward for $SNE. It exposes the token to a big and active trading community, as well as a new group of investors. The team is pleased with their accomplishments and believes that being listed on a major exchange is an excellent endorsement of their project.

In order to efficiently construct and scale the StrongNode edge ecosystem, StrongNode fosters a symbiotic relationship between edge customers, edge innovators, and edge seeders by optimizing idle resources and repurposing them on demand to achieve the “network effect” via Metcalfe’s law.

CryptoMode produces high quality content for cryptocurrency companies. We have provided brand exposure for dozens of companies to date, and you can be one of them. All of our clients appreciate our value/pricing ratio.
Contact us if you have any questions: [email protected]
None of the information on this website is investment or financial advice. CryptoMode is not responsible for any financial losses sustained by acting on information provided on this website by its authors or clients.