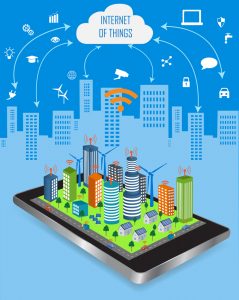 The Army is examining how IoT and smart city tech can be used in combat situations.

Smart cities could help the military perform better on the battlefield. The Army Research Laboratories (ARL) is studying smart city infrastructure to see how it might improve the military’s capabilities in dense urban environments. It’s part of their exploration of the latest spin-off of the IoT, the IoBT, or the internet of battlefield things. They want to see how the IoBT can use sensors and other IoT technology and are doing so by testing a long-range, wide-area network (LoRaWAN).

LoRaWAN is used to connect large deployments of IoT devices over long distances and is a popular networking protocol for smart cities. The ARL wanted to see how it would work in cramped urban situations with tall, potentially signal-obstructing buildings. Researchers attached various combinations of IoT devices to the roof of a car and drove around Montreal. The devices were configured to transmit at three LoRaWAN data transmission rates and send messages of different sizes on each using the 915MHz, a band used for medical, industrial, and scientific use in North America.

“In doing this testing, a key objective involved getting as comprehensive coverage as possible, given roadways in and around downtown Montreal,” James Michaelis, an ARL computer scientist, told GCN. “One challenge in doing this was that several roadways were not consistently accessible (due to issues such as road construction). As such, data collection had to be spread out over multiple routes and urban terrains.”

The researchers then took the data generated from the test and used it to study coverage gaps and data rates.

“These both represent ongoing areas of work, involving identification of methods to assess LoRaWAN and the performance of other communication protocols in the presence of varying types of urban infrastructure,” Michaelis continued. “A near-term goal will involve work on developing urban terrain profiles, encompassing factors such as buildings, as well as natural terrains, which could be applied to support analysis of network coverage and capability.”

IoBT is compatible with the Army’s goal to modernize, which involves ensuring soldiers have access to the best communications and network technology. The Army’s bases and tactical operations centers are already city-like and are highly likely to adopt the IoBT as well.

“IoT infrastructures may be deployed in a variety of settings,” Michaelis said. “One is Army installations, which can be viewed as cities in their own right and represent a target for modernization. Such modernizations will likely include smart infrastructure and intelligent systems that operate them.”