Marc Ganzi is described as a “leading visionary and entrepreneur” in his company’s biography, and it’s easy to see why.

But even that is not why Ganzi can be described as a “leading visionary and entrepreneur.”

In just the past few months, Ganzi’s Digital Bridge helped engineer the $14.3 billion acquisition of fiber giant Zayo and, separately, the creation of the $4 billion Digital Colony Partners investment fund.

All of Ganzi’s work is focused squarely on the telecommunications market. So what does he have to say about hot topics like 5G, small cells and edge computing?

The below transcript of Ganzi’s conversation with Light Reading has been edited for brevity and clarity. 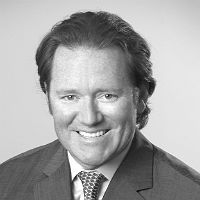 LR: Since the Zayo transaction hasn’t yet closed, you won’t talk about it. However, your other big venture this year — the Digital Colony Partners investment fund with Colony Capital — is now up and running. What is the purpose of that effort?

Ganzi: The fund is the first dedicated to digital infrastructure. There’s never been another product out there quite like it. And the uniqueness is that it’s global in its reach, with mandates for Latin America, Europe and of course in the North American area as well.

It’s also unique because of the sheer size of it, as a first-time fund raising $4 billion. We’re pretty proud of that accomplishment.

And then I think the last thing that’s pretty unique about it is, we have a mandate to invest in data centers, towers, fiber, small cells, and the ability to be so surgically focused on this very unique asset class. That really makes the fund even more unique.

LR: Where exactly might the fund invest? What kinds of companies or technologies are you looking at?

Ganzi: I think the real thrust of the fund is helping our customers continue to build the infrastructure that supports themes like artificial intelligence, Internet of Things, 5G, edge computing, public cloud/private cloud, CBRS spectrum as it relates to deploying enterprise-quality 5G networks. These are all really exciting themes. And the great thing about my job and what we get to do in Digital Colony every day is, we get to traffic in those ideas, and we get to support our customers, and we get to learn about what they’re doing, and we’re supporting their vision and we’re supporting their infrastructure.

Really what we’re doing is we’re supporting the networks of the future. It’s very exciting.

LR: In your position you have a unique view into the cell tower business, both in the US and globally. What would you say about the tower business here at the dawn of 5G?

Ganzi: We love the tower business. We own tower business in Scandinavia, the United Kingdom, Mexico, the Andean region and the United States; five different businesses. We’re dealing with literally a couple of hundred customers that lease space from us on towers. We got in that business in 1994 and in 2019 we’re still investing in towers. So it’s gotta be a good business.

We’re pretty excited about the legs and the longevity of the business because it keeps growing. And that’s, I think, one of the most unique things, is the tower business has proven to be an incredibly durable business.

LR: There has been a lot of discussion about the “build to relocate” trend here in the US, where operators are looking for cheaper towers near their existing towers. What are your thoughts on this?

Ganzi: Some smaller operators have said, “Hey, I’m prepared to be a value player. I’m prepared to give you an equivalent tower, not too far away, if I can get the zoning, and I can reduce your rent and I can provide more value.” And ultimately the tenant has to make a decision whether they want that value or not.

That’s the one side of the coin. Let me give you the second side of the coin. It’s really, really hard to build a tower adjacent to another tower. The build-to-relo model is predicated on your ability to get a permit easily, which is not easy. And so a lot of these build-to-relo towers fall out of bed because of the difficulty and the challenges around zoning. If you summarize everything that those disruptive tower players are doing, it’s probably a number less than 2,000 towers.

Now remember, the US tower business today is probably somewhere on the order of magnitude of 365,000 macro sites sitting across an ecosystem of probably a little under 200,000 towers. So you’re talking about 1% penetration on build to relo. That really doesn’t change the US tower industry.

It’s getting a lot of air time because, I think, the carriers want to talk about it, because it’s successful and it’s reducing their rents in limited locations. It spurs dialogue.

It’s been successful, but not scalable.

LR: You’ve invested heavily in small cells through ExteNet, and Crown Castle has also made a major bet on small cells. But other tower companies like SBA Communications and American Tower have argued that the small cell business is not worth pursuing. What do you think about that?

Ganzi: It’s a great business. We own the second largest private small cell provider in the world, which is ExteNet Systems, based in Chicago. We’ve had a fantastic, four-year run with that business. Last year that business alone grew EBITDA by 29%. Our demand in terms of our pipeline for new activity and new networks and new small cells continues to grow. The US small-cell marketplace is really in its infancy. There’s about 120,000 small cells in the US today; that number is growing to 980,000 small cells over the next seven years.

I can’t speak to what SBA has done and what they haven’t done. What I do know is, when we bought ExteNet, SBA was one of the shareholders and had a chance to buy that business. And they competed very heavily to the end. So we know they like small cells and we know they were invested in small cells and they just ultimately didn’t prevail in that auction. And we did. And SBA continues to look for a small cell business today, and they’re still looking for an answer to that industry. Which I understand why, it’s a great, fantastic business.

LR: There’s a lot of buzz around edge computing in the mobile industry. Given your investments into both towers and data centers, how do you see that issue?

Ganzi: The pitchers and catchers are just warming up. We haven’t even played the first inning yet. Edge computing is really in its infancy. It’s kind of in a formative moment right now.

The first thing we all have to do is, not get hysterical about it. The second thing is, we have to define the edge. And defining the edge has been sort of the hard part because what the edge is for Google and what the edge is for Amazon and what the edge might be for Netflix or Comcast, it’s different for every provider. That’s the key here. Because the edge of somebody’s network is literally the furthest point at which they provide services to people and where they begin to have challenges with delivery and latency and performance of the network.

That’s how you have to think about the edge. The edge is really where the periphery of somebody’s network is, and where they continue to have challenges in terms of delivering their content or delivering their services. That’s the easiest way to define edge computing. It makes it really simple for folks once you define it that way.