E-commerce is more popular than ever before. And for most people, shopping online has become more of a necessity than a convenience, says Ben Dehner of Colorado start-up, BenchSentry. Countless individuals order their basic needs online daily to avoid commutes to grocery stores, pharmacies, specialty stores, etc. or just to free up some time in their busy schedules.

As people find new ways to simplify their lives, others are exploiting them with criminal intent. With the dramatic rise of online shopping comes a rise in package theft too. Package thieves, otherwise known as porch pirates, have become such an issue in the United States, that companies are cropping up across the country to try and thwart package theft. Some of these companies have created and installed doorbell cameras to catch thieves in the act. While others, like Amazon, have thought up more creative ways to deliver packages – such as Amazon Key.

However, there are pitfalls with these solutions. While the intention behind installing a doorbell camera seems proactive, it usually does not prevent package theft. Victims of porch pirates with doorbell cameras tend to be left with a video or picture of their package being stolen and little else.

This tends to be an inadequate attempt at actually combating package theft. If a homeowner is lucky, their doorbell camera will snap a picture of a license plate for evidence down the road and cross their fingers that one day they will be reunited with their package.

Whereas, solutions like Amazon Key present a more secure option as long as the homeowner is okay with allowing access to their home or garage by Amazon drivers. With that being said, Amazon’s solution is only compatible with Amazon deliveries – leaving packages delivered by other services vulnerable to theft. Until Amazon is making 100% of e-commerce deliveries and 100% of homeowners opt into Amazon Key, there will still be plenty of opportunities for porch pirates to snatch packages. 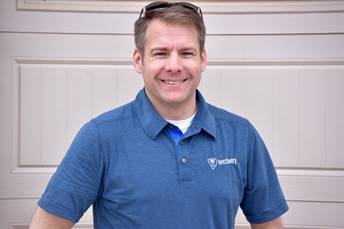 As the number of porch pirates grows in the United States, so too do their operations. Since the rise of e-commerce, porch piracy has also transitioned from a crime of opportunity in to a well thought out and executed scheme. The days of someone, happening upon an unattended package and snatching it from a front porch are gone.

Today, we are left with thieves who trail USPS, FedEx, UPS, and Amazon drivers to swipe packages left for their rightful owners. They are also known to record package delivery schedules, high value neighbourhoods, and wear uniforms to portray utility inspectors, delivery drivers, and security personnel. Unfortunately, these criminal tactics are working in their favour with little repercussion.

According to a US study conducted by Smiota in 2018:

As with most crimes, it is very likely that a majority of package theft incidents go unreported. This might have something to do with the fact that consumers are becoming more and more accustomed to their packages being stolen and more reliant on e-commerce services to replace their goods in a swift fashion.

Under-reporting may also be affected by the challenges and difficulties associated with police departments. Law enforcement officials often have their hands full with more serious crimes, so package theft investigations take a lower priority. This leaves many residents to fight package theft on their own.

As e-commerce continues to grow, it is important that homeowners and shoppers are taking proactive steps at protecting their packages. Be sure to check out our guide to protecting your on-demand lifestyle to find out ways you can mitigate package theft.

The author of this blog is Ben Dehner, founder and CEO, Colorado start-up, BenchSentry

Ben Dehner is the founder and CEO of the Colorado start-up, BenchSentry, a complete package security solution. The BenchSentry is a discrete and innocuous bench that lives on your doorstep, eliminating the temptation of package theft. Ben and his team have just launched an Indiegogo campaign and you can expect to see BenchSentry on the market before the upcoming holiday season.