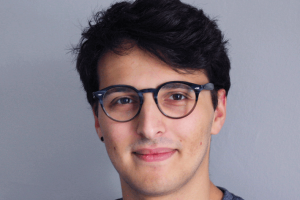 It has been reported that the number of connected IoT devices will exceed 75 billion by 2025 (Source, Findstack), meaning for every human on earth, there will be approximately nine connected devices, says Jordan Appleson, CEO at Hark.

The speed at which IoT technology is infiltrating pretty much every area of our lives is as impressive as the power it has to transform the way we do things.

But what is it? Well, essentially, it’s the practice of connecting different physical assets together via the internet (or the cloud) so that they can be measured and controlled remotely, saving users time and money amongst other things.

In this article, I will outline the various industries which will if they haven’t already be transformed by this exciting technology, plus the businesses which are at the forefront of this change.

Industrial IoT technology is already making its presence felt in the manufacturing sector, in particular for measuring energy and asset efficiency throughout the production line.

IoT technology has proved to be a particularly effective way of connecting and modernising legacy assets i.e. assets which were built before the power of the internet took hold. Through the use of connective sensors, businesses can now collect critical production data and use cloud software to turn this data into valuable insights about the efficiency of their manufacturing operations.

What kind of assets are we talking about? Well, it could be literally anything within the manufacturing process from HVAC or CNC machines, to things like fridges, freezers and lighting rigs. IoT can help create a clearer picture of what these assets are doing both individually and collectively, paving the way for monitoring, automation and predictive maintenance.

The beauty of using IoT in this instance is that costly downtime can be avoided, asset performance can be kept at its peak and energy costs can be drastically reduced. But it all starts with connectivity visibility and IoT.

In the world of retail, IoT technology is being used in a number of innovative ways.

One key area is tracking energy consumption not just at one store, but across an entire region or even country. This can then be further split to identify stores using high-amounts of energy in lighting or heating, with in-store sensors making it possible for retailers to track energy usage at a more granular level.

The same technology is also being used to optimise store experiences it’s now possible to track how shoppers move through a store, and where they spend the most time. The result? Retailers can improve the layout of their stores to limit congestion, increase dwell time, and ultimately drive more sales.

Collectively, retail IoT technology and its multiple uses is helping to build the ‘high streets of the future’.

For example, last year we supported UK retailer Asda as it sought to better understand and improve its in-store experience. The project saw the installation of 207 in-store sensors at its Stevenage store, allowing the retailer to quickly detect things like spillages, out of stock products, or the need to open more checkouts to manage queues.

Learnings from this concept store will help Asda continue to offer a customer experience for its millions of customers when changes are rolled out over their extensive estate in months and years to come.

Few would automatically utter IoT technology and the world of construction in the same sentence, but it’s yet another unexpected sector which is feeling the benefits of this exciting technology.

One key area is through measuring air quality on site and in surrounding areas, such as parks and schools.

At Hark, we’ve recently started working with air sensor hardware manufacturer CompAir together, we will help construction managers accurately assess in real time the effect of their work on air quality.

This will help ensure the safety of construction workers and people in the surrounding area alike, supporting the rapid closures of sites if necessary to protect the wellbeing of those nearby.

With the UN estimating that we will need to produce approximately 70% more food if we are to meet global demand by 2050, IoT will play a vital role in minimising waste and maximising yield.

Monitoring and tracking – of worker or machine efficiency, crop or livestock health, or the impacts of adverse weather – is a key way in which the technology is already taking hold.

Use of agricultural drones and smart agriculture sensors are already giving agriculture workers unparalleled real time data about their produce.

As well as using sensors to track things like light, air quality and soil moisture levels for crops, IoT is also pivotal in automating tasks which have historically been manual and labour intensive (and at a time where there is a growing shortage of human workers to meet agricultural demand).

Another core area in which IoT is used in agriculture is in providing predictive analytics to farmers – through accessing more, and better quality data, around their crops, it is possible for agriculture workers to better predict yield, which then will inform plans for storage and even marketing (source: The IoT Congress).

A bit closer to home for many of us, IoT is integral in the planning and management of smart cities.

In many smart cities, IoT technology is used to manage and improve public transport systems. It’s possible to measure the number of people in transit at any given time, and make necessary changes to alleviate congestion.

Elsewhere, for cities where flooding is a real and increasing threat, sensors can be used to track water levels – if they go too high, flood defences can kick into gear before disaster strikes. A great example of this is Dublin’s Low-Cost Gully Management initiative. The program saw six companies develop sensor products that can detect water levels and report flooding incidents using LoRaWAN and Sigfox technologies.

We’re only getting started

It will continue to reinvent the industries I’ve outlined, and no doubt some new ones too.

With good quality data, obtained with a clear use in mind, it’s possible to make pretty much anything quicker, cheaper or more efficient with less waste – this is the challenge we pride ourselves on rising to at Hark.

The author is Jordan Appleson, CEO at Hark.