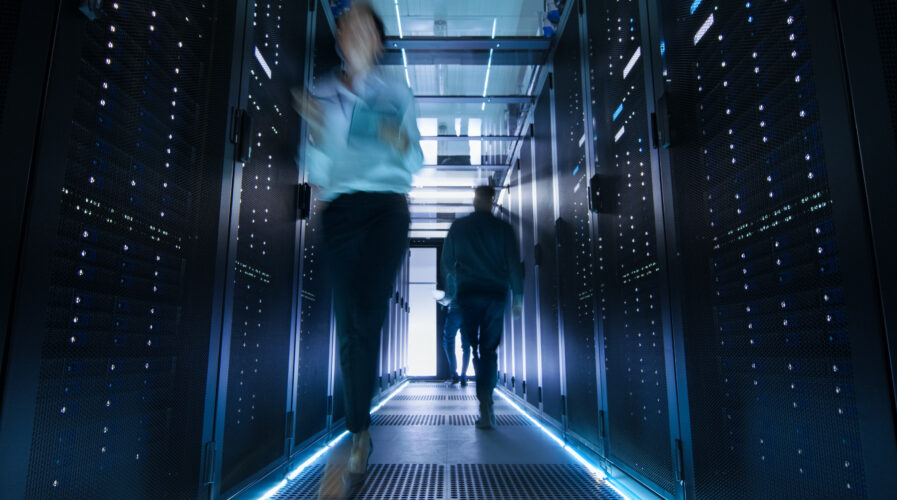 Often deployed as an alternative to cloud and central data centers, edge computing provides lower latency and data transmission costs compared to centralized resources. Now, edge computing is also a contributor to cloud computing growth as edge sites can act as a staging-post for data that is ultimately sent to the cloud for processing, storage, or long-term analysis.

In fact, industry-wide investment in edge computing is expected to change the profile of the data center ecosystem over the next four years. According to industry professionals from Vertiv, this will also increase the edge component of total compute by 29% over that time, from 21% of total compute to 27% in 2026. The magnitude of the industry’s ongoing shift to the edge is among the notable findings from a new Vertiv global survey of the data center on 156 industry professionals with insight into their company’s edge computing plans.

The survey revealed that about a third (34%) of those surveyed are either planning or in the midst of significant edge deployments. A quarter already has deployed new, purpose-built edge sites, and 41% are operating legacy edge sites. All the activity at the edge is striking, but survey participants also anticipate a 150% increase in core sites and increased activity in the cloud. With the demand for computing resources is skyrocketing across today’s networks, the percentage of IT resources deployed in the public cloud is expected to grow from 19% currently to 25% by 2026.

For Martin Olsen, global vice president for edge strategy and transformation for Vertiv, the next five years will reshape the data center landscape, shifting more and more computing to the edge while buttressing the enterprise facilities at the core of modern hybrid networks.

“This survey makes clear the urgent demand for computing closer to the end-user. The future of computing is about speed and latency, and the only way to meet the need is to build out the edge of the network,” commented Olsen. 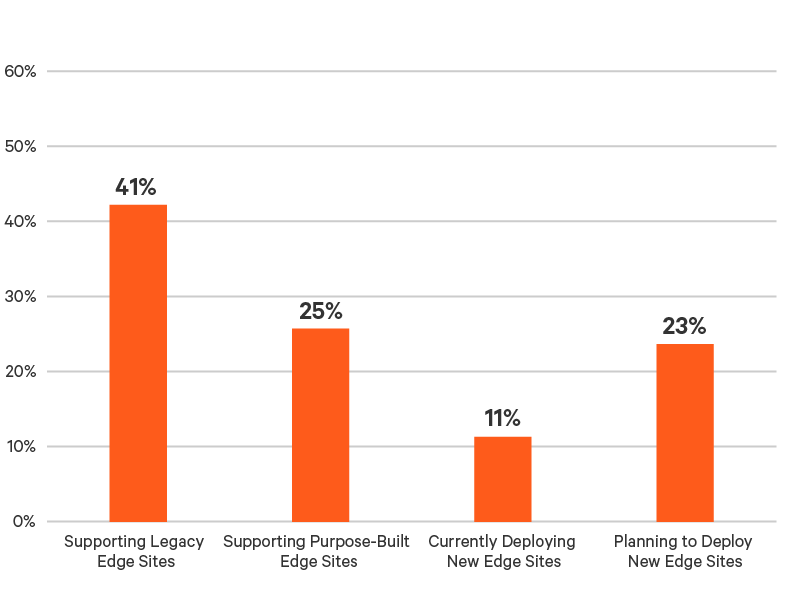 Over in Asia, Anand Sanghi, president, ASI (Australia/New Zealand, Southeast Asia, India, Japan, and South Korea), Vertiv pointed out that a good percentage of those surveyed were either already deploying several edge locations or are planning to deploy a significant number of edge locations in the near future.

Participants in EMEA and India were the most likely to be supporting legacy edge sites with about half (49% and 50%, respectively) of the edge activity in these two regions comprised of legacy sites. For all other regions, 37% of participants were supporting legacy edge sites. China does, however, seem poised to close the gap. The region had the highest percentage of participants deploying or planning new edge sites at 48%. Asia Pacific was second at 37%.

“This tracks with what we are consistently seeing in our business, as more customers shift select deployments to the edge, to reduce latency and improve bandwidth and overall services. But concerns still remain. Survey respondents in the region ranked security and latency at the edge as their top concerns and we are working with our customers to ensure that these are addressed,” explained Sanghi.

Moreover, the survey also revealed the changing profile of the modern edge site. 29% of sites feature between 5 and 20 racks, and 13% have more than 20 racks. More racks mean more power, and the survey results reflect that. As such, 28% say their sites require between 21 and 200 kW, and 14% report power demands in excess of 200 kW. The days of single racks tucked away in rudimentary IT closets are over.

At the same time, significant findings from the survey also highlight sustainability playing a major role in new and planned edge deployments. More than three-quarters of sites (77%) are using or planning to use energy-efficient UPS systems. In addition, 40% are planning to use renewable energy. This includes 31% for water-efficient cooling 29% for dynamic grid support technologies and 19% for refrigerants with a low global warming potential (GWP).

While security and availability were top priorities of participants deploying edge sites, the survey exposed some current design and operating practices that could reduce edge computing sites’ ability to achieve these objectives as the number of sites expands.

Aaron enjoys writing about enterprise technology in the region. He has attended and covered many local and international tech expos, events and forums, speaking to some of the biggest tech personalities in the industry. With over a decade of experience in the media, Aaron previously worked on politics, business, sports and entertainment news.