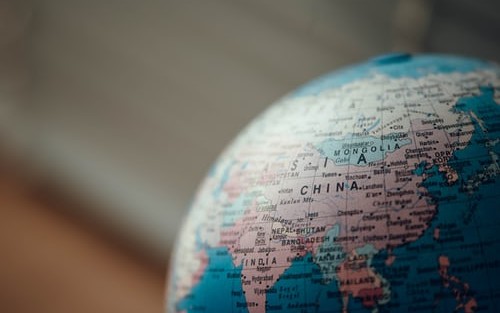 The thousands of individual firms that make up Germany’s Mittelstand may, in themselves, be largely hidden champions, but there is no real doubting the tremendous role these small and medium-sized firms have played in the incredible economic performance Germany has witnessed in recent years.

The firms have traditionally operated in decidedly unglamorous fields whose markets have seemed unduly narrow, but by ascending to global dominance of those fields, the companies have been tremendously successful.  Indeed, so successful have they been that countries from France to the United Kingdom have strove to build a Mittelstand of their own.

One country that has been successful in developing hidden champions of its own is China, at least according to the latest book from IMD Business School’s Mark Greeven and Imperial College London’s George Yip.

Pioneers, Hidden Champions, Changemakers, and Underdogs aim to look beyond the well-known Chinese firms, such as Tencent, Alibaba, and Huawei — that are making waves around the world — and explore the thousands of firms that are generally operating under the radar, yet are leading industries ranging from renewable energy to industrial machinery.

They suggest that while many of the Chinese champions are hidden from the world, they have a number of characteristics in common, from strong investment in R&D to a strong desire to branch out from an admittedly strong domestic market.

One factor that is largely absent from the book is the power of data, certainly in driving the digital vanguards such as Alibaba, Tencent, and Baidu, whose digital empires are such that around 60% of all time spent on mobile devices in China is spent on an app associated in some way with the three behemoths. The digital economy stretches beyond the BAT group, however, and includes an armada of digital innovators who are thriving off the back of robust and invaluable user data.

The power of this data was emphasized by the China Artificial Intelligence Index, which aims to measure the development of AI-based technologies in China over the past couple of decades.  It does this by comparing the kind of data available to train AI algorithms in both the United States and China. This includes not just the data itself but also factors such as human capital, open source software development in AI, research capacities, and even the public perception of AI technology.

The findings showed that China has been rapidly expanding its research capacity, with research output now on a par with America, at least in terms of quantity if not necessarily quality. There has also been a narrowing of the gap in AI scholars, although, across the industry as a whole, there remains a significant gap in talent, with LinkedIn’s talent database listing just 50,000 AI experts in China versus over 830,000 for the US. This gap is even more pronounced when assessing people with over ten years of experience in the industry.

This talent landscape does not appear to be stifling entrepreneurial activity in the country however, with over 400 AI firms registered in China in 2016. One of the more interesting of these was recently analyzed by French business school INSEAD.

ByteDance, the company behind the video platform TikTok, is incredibly popular with teenagers and millennials and allows users to create short videos to share among their social network. Each clip is limited to lasting under 15 seconds, with users often using the split-screen functionality to interact with peers.

The app has already been downloaded over 1 billion times and was rated the third-most-downloaded app in the world in the first quarter of 2019. The app heavily utilizes AI that is trained on the vast quantity of video footage to understand the preferences of users, while also using machine learning to make creating, editing, and promoting the videos as easy as possible.

The company was valued at around $75 billion just a year after launching, making it the most valuable start-up in the world, and while this rapid growth has certainly not been without problems, it underlines the potential for Chinese entrepreneurs to make a sizeable dent in the world.

According to Greeven and Yip, they are far from alone, and they identify over eighty unicorns (start-ups valued at over $1bn).  Their success is founded on five core principles:

“With the increasing importance of digital innovation to companies all around the world, China may be well-positioned to lead the global digital innovation arena,” they say. “China’s innovation pioneers are transforming their organizations to embrace digital technology and platform business models.”

ByteDance is a good example of a company that is doing just that, and they’ve made astonishing progress in the two years they’ve been in operation. There was long a suspicion that no tech startup could withstand the tractor beam of the BAT trio, who has a rapacious appetite for any startup operating even vaguely in their ballpark, but ByteDance has shown that it is possible to thrive as an independent entity and that Chinese innovation may well be something to sit up and take note of.