Code signing processes are used to secure and assure the authenticity of software updates for a wide range of software products, including firmware, operating systems, mobile and cloud applications, and application container images.

How valuable are code signing certificates on the dark web?

“Code signing keys and certificates serve as machine identities to authenticate all kinds of code, so when they fall into the hands of attackers, they can be used to inflict enormous damage,” said Kevin Bocek, vice president of security strategy and threat intelligence at Venafi. “Secure code signing processes enable apps, updates, and open source software to run safely, but if they’re not protected, attackers can turn them into powerful cyberweapons. Code signing certificate misuse was the key reason Stuxnet and ShadowHammer were so successful.”

Code signing keys and certificates are crucial security assets, but are organizations taking the proper steps to protect them? To find out, Venafi recently polled 320 security professionals in the U.S., Canada, and Europe to learn more about their code signing security practices. The study found that although respondents understand the risks of code signing, they are not taking proper steps to protect machine identities.

For example, according to the study, only 28 percent of organizations consistently enforce a defined security process for code signing certificates. 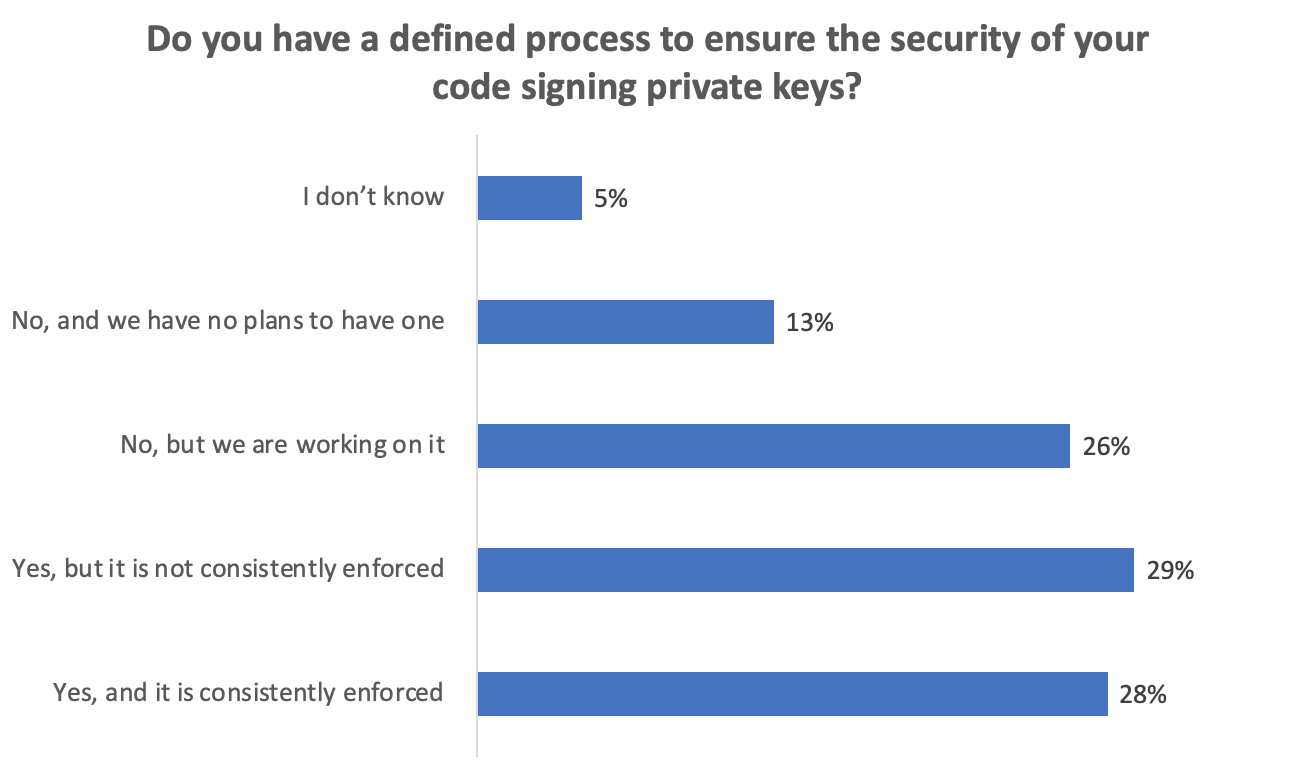 “The reality is that every organization is now in the software development business, from banks to retailers to manufacturer,” continued Bocek. If you’re building code, deploying containers, or running in the cloud, you need to get serious about the security of your code signing processes to protect your business.”

Additional findings from the study include:

Fifty percent of organizations are concerned cybercriminals are using forged or stolen code signing certificates to breach the security of their organizations. 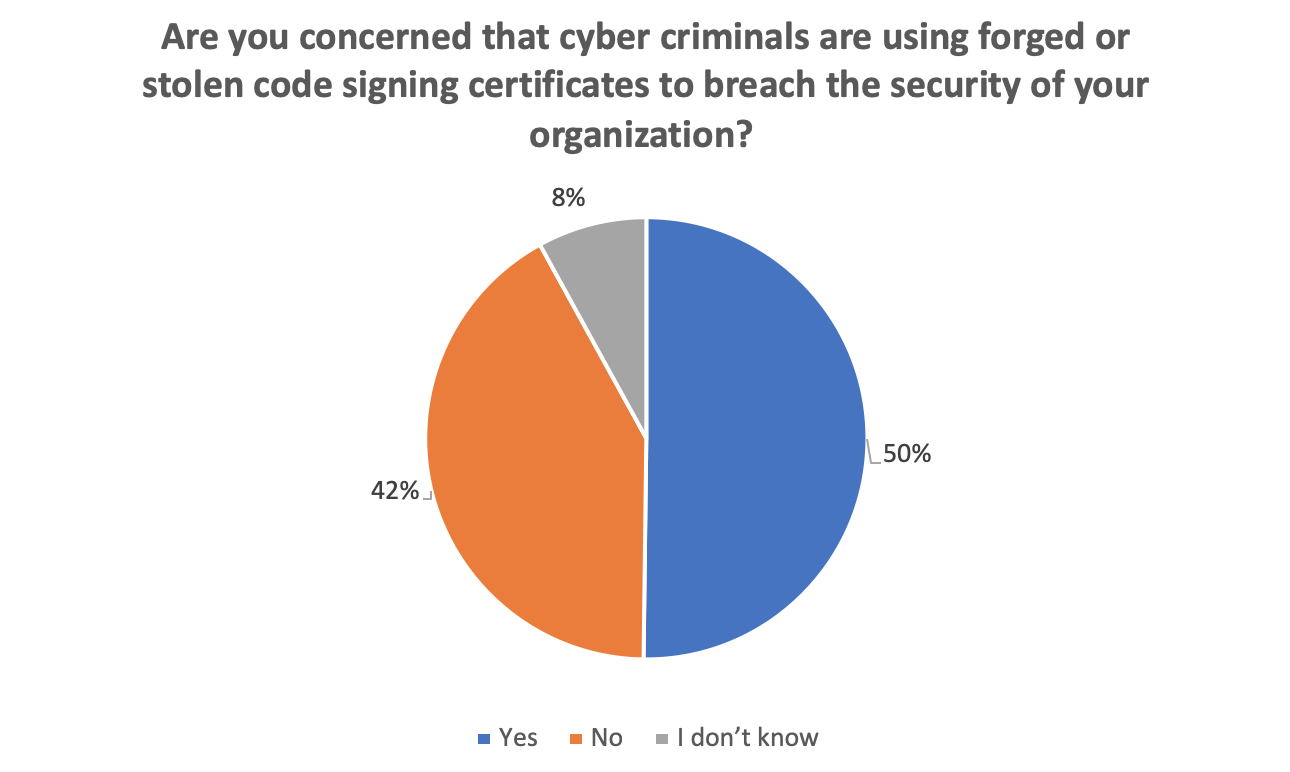 Globally, only 29 percent consistently enforce code signing security policies, and this problem is much more acute in Europe, with only 14 percent doing so. 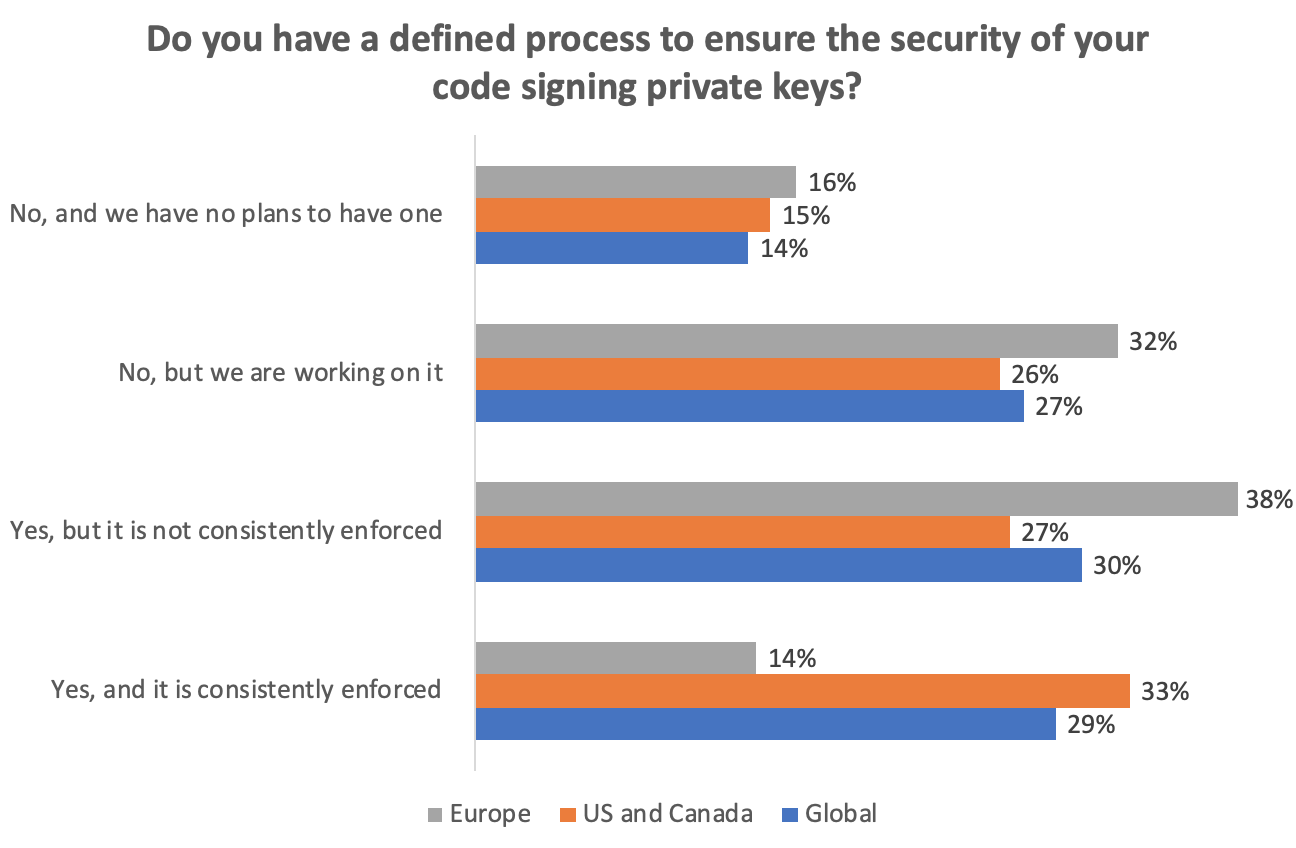 35 percent do not have a clear owner for the private keys used in the code signing processes at their organizations. 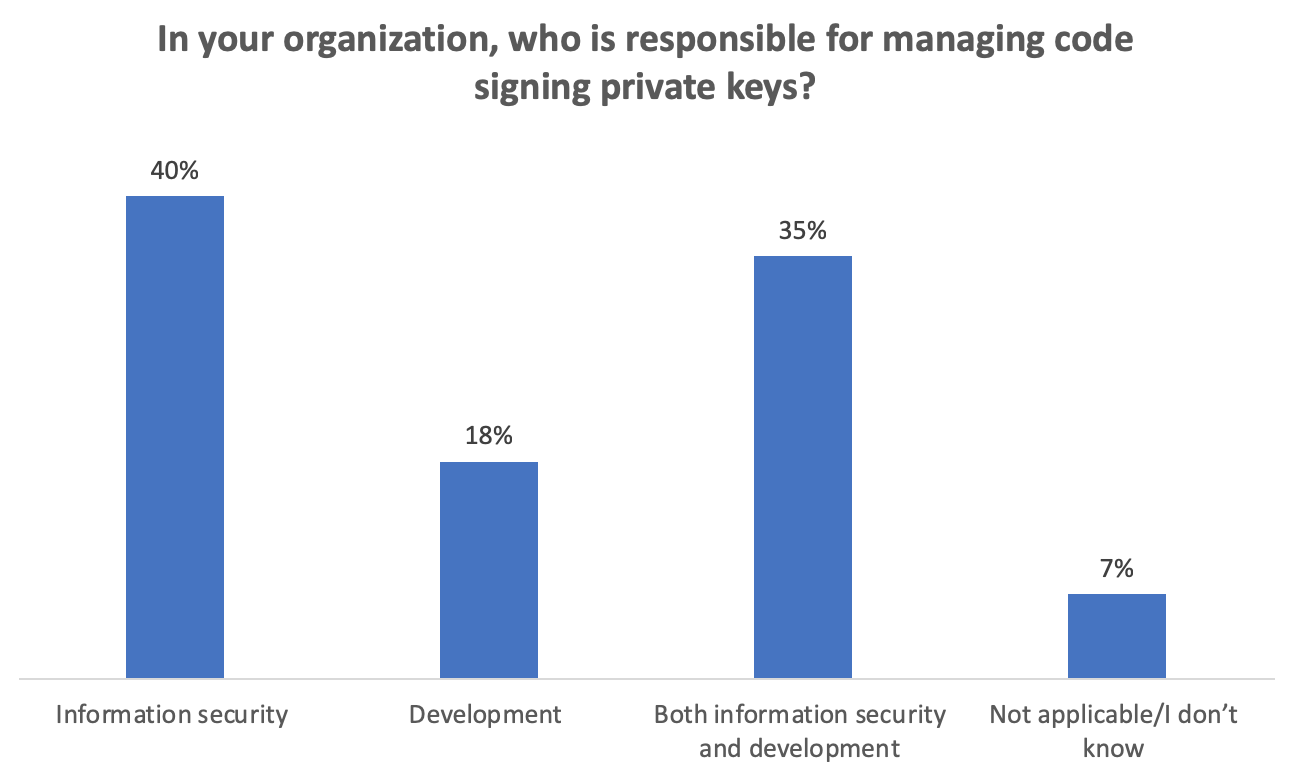 69 percent expect their usage of code signing to grow in the next year. 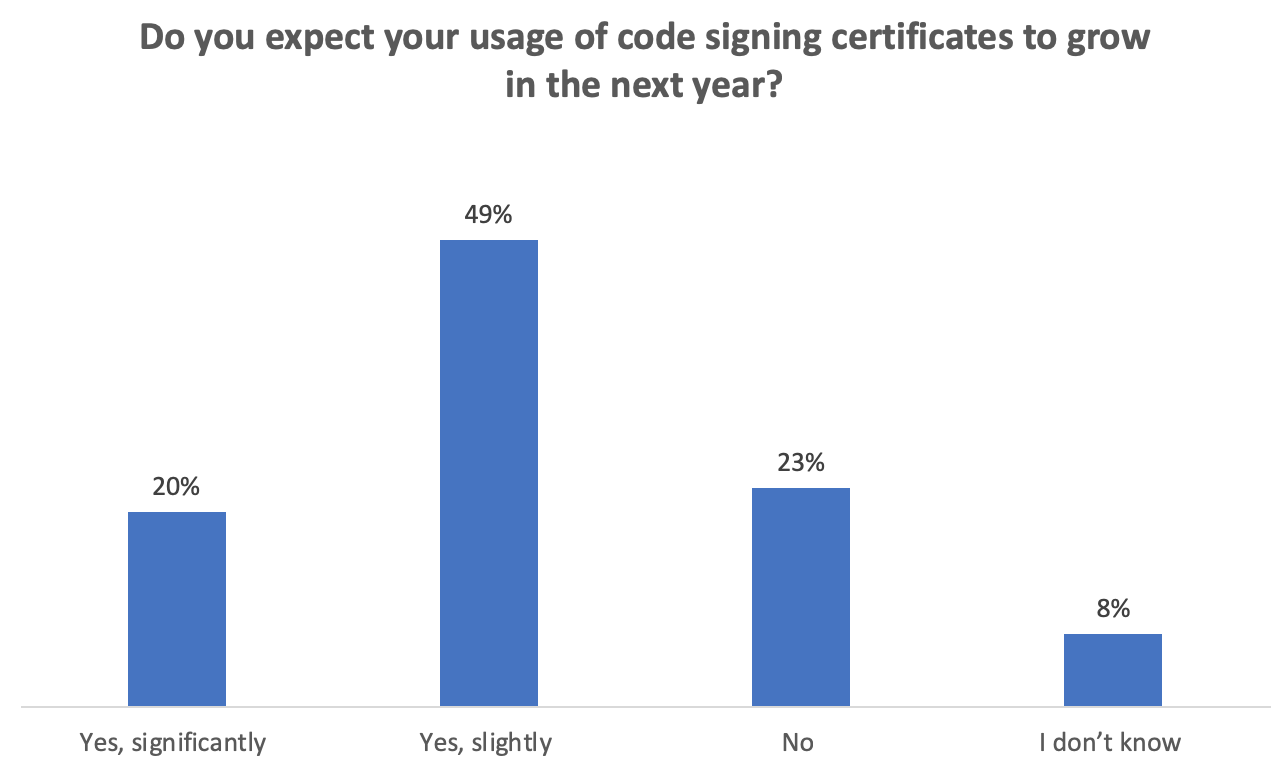 “Security teams and developers look at code signing security in radically different ways,” concluded Bocek. “Developers are primarily concerned about being slowed down because of security teams’ methods and requirements. This disconnect often creates a chaotic situation that allows attackers to steal code signing keys and certificates. The only way to protect themselves and their customers is for organizations to have a clear understanding about when code signing is allowed, where it is being used and insight into the integrations between code signing and development build systems.”

“This comprehensive approach is the only way to substantially reduce risk while delivering the speed and innovation that developers and businesses need today.”