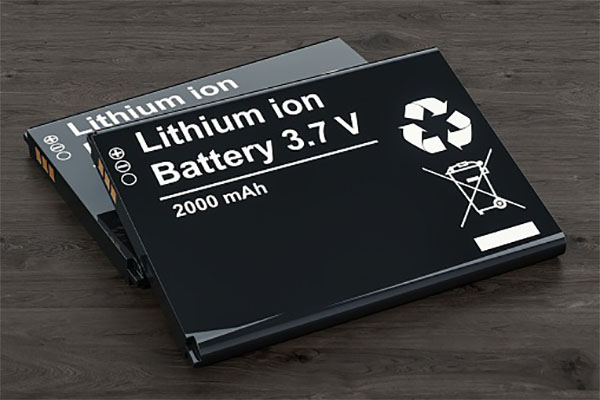 Startup Cuberg is working on developing lighter, safer, more energy-dense batteries, and they’re using a machine learning platform developed by Aionics Technologies to do it faster.

“The exciting thing we do is make batteries that are very energy dense. They are much lighter than lithium ion batteries but they have much more energy in them,” said Olivia Risset, PhD, senior scientist at Cuberg. 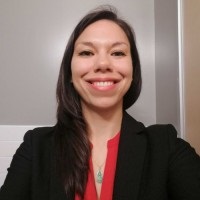 “Because of that,” says Risset, “electric aviation is a great place for us because they are very sensitive to weight, but also to safety.” Most of Cuberg’s current sales are within the drone industry, but their biggest investor is Boeing. “People talk about electric vehicles a lot, but electric aircraft and flying taxis are emerging tech that is coming soon. By 2022 there are going to be fleets of electric aircraft,” predicts Risset.

Battery development and AI may seem like an unlikely combination, but according to Austin Sendek, PhD, the founder of Aionics, machine learning can speed up research for many companies with chemical materials research divisions. Cuberg is one of Aionics’ customers, and uses the platform to speed the materials selection process.

Aionics’ perfect client is, “A team doing a lot of experimentation and trying to find some kind of patterns in how materials affect performance, and ideally have a huge space of candidate materials they need to search over,” Sendek says.

Battery development fits the bill perfectly. Indeed, Sendek used battery development to build the platform. He began working on it as a PhD student at Stanford, and says many different technologies are incorporating AI but that it hadn’t been applied to the world of research yet. 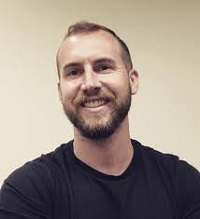 He chose to use battery development to build the platform for two reasons. The first was that the technology has always interested him. The second was more practical. “They are the perfect test case because they are very complicated and there are a lot of different chemical components interacting.” Now the technology Sendek and his team developed is being used to usher in an age of electric aircraft.

Sendek says the first use of the platform was to look for a needle in a haystack. The team screened more than 12,000 compounds, looking for those that might exhibit the rare property of superionic conductivity, thus making them promising candidates for solid electrolytes in all-solid-state batteries. They found 21 promising solid electrolytes. The next research project was to test those 21 compounds with highly accurate but much slower methods.

“Testing the promising candidates identified by the algorithm took at least two years,” says Sendek. “About half of the 21 did seem to be good materials,” indicating the model had chosen well. Sendek says that the team then tested to find out if the algorithm was better at choosing likely compounds than completely random guesswork. “With random guesswork it was about 15%,” he says. “We got a three-fold boost in predictive power using the machine learning approach.”

Once the team had determined the algorithm worked better than random selection, they tested it against human selection. Sendek says that this is the area where the idea of using machine learning for research can get tricky due to the culture in scientific research. “Scientists are trained to interpret data and extract wisdom and make a decision,” he says. “There’s a lot that the human mind is uniquely suited for, but there are things that can be automated. Analyzing complex multi-dimensional datasets is one of them.”

It turned out that sifting through thousands of compounds and choosing those that were most likely to work in batteries was a task better suited to AI than to humans. Sendek’s team asked Stanford PhD students to make selections from the same 12,000 materials that the algorithm had chosen from. The algorithm outperformed the students by a factor of 2 and was over a thousand times faster. “I guess the good news is that the students did better than random selection,” says Sendek with a laugh.

The team was able to quantify that the algorithm selected well. But, in addition to showing that the platform worked, “We also got a bunch of cool materials out of it,” says Sendek, adding, “The initial exciting result was that we found a bunch of new materials instead of one at a time.”

At Cuberg, the Aionics model allows the research and development team to put in all the formulations they already use so that it knows what they are looking for. Then, the algorithm makes recommendations. “Instead of trying out a hundred different formulations, we put in the chemicals and it spits out things for us to try,” says Risset.

Sendek says that the platform isn’t really all that different from the way Netflix recommends which movie to watch next. “Those are actually quite similar from a modeling perspective. Mathematically, the way you implement it can get complex,” he says.

Risset says that research and development in batteries is really slowed down by all the manual tasks that must be done in order to determine if a formulation is good or bad. “The iteration process is long,” she says. “We put all the chemicals together, mix it, assemble the cells, and test for each formulation.”

With the Aionics platform, they can feed in data from previous experiments, then ask what would happen if component A were switched out for component B.

Speed is important for Cuberg, and has been top-of-mind throughout the company’s existence. When they were first considering what kinds of applications the team would design for, they explored medical device batteries, but found that it can take more than a decade for those kinds of batteries to be approved. As a startup with limited cash, they needed something they could get to the market much faster.

The focus on speed has paid off. Cuberg already has commercial income. “We designed our batteries so we could get to mass market commercial production fast, but still minimized capital investment.” Using AI was only one part of that strategy. Cuberg also designed their product so that it could be manufactured on the existing equipment usually used to make lithium ion batteries.

“Other manufacturers and designers have great products, but they don’t scale well,” says Risset. “We are currently delivering 500-700 cells per month, but could easily scale out to 5000 a month with our existing facilities.”