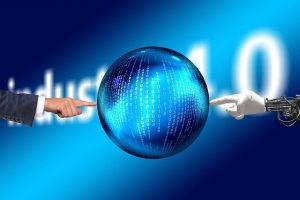 IoT is key to advancing down the servitization path, but successful initiatives require these networks be tied into enterprise systems.

Thanks to the pervasiveness and power of the internet of things, combined with data analytics, manufacturers have been spreading their wings. By embedding sensors within products, they no longer simply build, sell and ship, they also provide 24×7 monitoring and maintenance services. The “servitization” revolution is well underway. But are manufacturers making enough progress in this evolution?

A recent analysis of the servitization trend, conducted by IDC and released by IFS, suggests progress has been uneven in making the move to servitization which the authors define “as the process whereby organizations with physical value chains enhance their products with — and ultimately package them within — advanced services such as digital applications and payment models based on consumption or outcome.”

Those that have made the move –essentially packaging and selling digital capabilities — typically deliver growth averaging five percent over the past year, while non-digital manufacturers saw declines averaging five percent. Servitization adopters show service revenue 30% larger than peers and five times more opportunity to accelerate top line growth above 5% yearly.
Respondents expect the average proportion of annual revenue generated from services versus products to double from 8% in 2019 to 16% in 2022.

Eighty-two percent of manufacturers in the IDC survey report they are actively exploring or moving to servitize their businesses. At this point, less than five percent have servitization offerings in place, and 34% have already joined-up their value chains. Another 60% are at an early stage of servitization.

The ultimate goal of servitization “is the creation of an end-to-end value chain,” the report’s authors explain. “This can only be enabled by driving interoperability at the application level, where the ERP systems underpinning the supply chain are seamlessly connected to the applications enabling field service and contact center agents, as well as the sensors collecting data from deployed products. The outcome is a continuous flow of relevant information across front-office and back-office to increase operational performance and new revenue streams based on
data-driven services.”

There are at least four stages of servitization, the IDC analysts describe:

Splintered. “The organization struggles under a myriad of silos that lead to disjointed, manual processes. Legacy, fragmented ERP environments provide little or no visibility on operational performance. The business
model is on a pure product, with challenges to profitability.”

Side-car. “The organization has standardized the two chunks of the value chain (back-office and front-desk) but keeps them separated. The keyword in the company is efficiency and few add-on services are delivered.
Field service is based on basic mobile capabilities and IoT stacks are at the proof-of-concept stage. Growing the business is hard.”

Joined-Up. “Front-office and back-office flows have been integrated in both directions and leverage the power of advanced technologies such as IoT to feed the core systems with real-time data. In some cases, Edge capabilities bring coordinated autonomy to local sites. A suite of digital services is fully available, and business model enhancements such as pay-as-you-use and outcome-based contracts are being explored.”

Borderless. “Processes start and end outside the organization and operations and technology enable different elements of the value chain to connect. Co-creation, data-sharing, and collaboration with customers,
suppliers, partners from other sectors, and in some cases even competitors are part and parcel of the business model.”

IoT is key to advancing down the servitization path, but successful initiatives require these networks be tied into enterprise systems. The survey results also showed that significant or complete portions of the portfolio are “already IoT-connected in 60% of organizations,” the report adds. “However, data showed that the rarer ability to connect supply chain and production facilities was a much more important indicator of servitization maturity.”