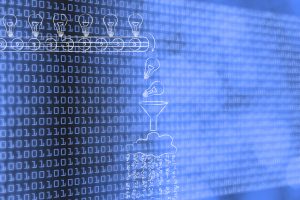 Siren announced today that it has added the ability to discover and then analyze data feeds in real-time to its namesake investigative intelligence platform.

Each of these capabilities is enabled by artificial intelligence (AI) models created using tools such as TensorFlow or Python that are deployed as Docker containers alongside an instance of a search engine based on Elasticsearch, says Dr. Giovanni Tummarello, Co-Founder and Chief Product Officer at Siren.

That approach enables Siren to add AI functionality in a modular fashion versus relying on embedded machine learning algorithms embedded with a monolithic instance of Elasticsearch, added Tummarello.

Originally developed under a grant provided by Science Foundation Ireland, Tummarello says Siren differs from other analytics platforms in it based on a single relational data model that enables joins to more easily made across data residing either within the platform or in a third-party database such as Oracle, SQL Server or PostgreSQL. Organizations can then set up data models that are all subsets of the primary data model, says Tummarello.

To make those data model more accessible, a Dashboard 360 capability now makes it simpler to navigate between joins made across different dashboards, which Tummarello says is not a capability provided by the Kibana-based dashboards that come built into Elasticsearch.

Other new capabilities added to Siren 10.3 include visual tools for exploring graphs created on top of the Siren data model, connectors to both local and remote instances of Elasticsearch, a simplified configuration process, and a wizard that automates connections to Neo4J graph databases. In the next release of Siren, Tummarello says the company will also include over 120 connectors to additional data sources.

Thanks to support for data feeds, Tummarello says use cases of Siren can now be expanded to include, for example, analyzing news stories or cybersecurity alerts. Organizations can then execute massively parallel joins across that data to establish relationships between different classes of content as they best see fit, adds Tummarello.