This week, the RaspberryPi foundation announced the release of Raspberry Pi 4 Model B. The model offers three variations of one, two, and four gigabytes of RAM respectively. The base model costs US$35.

“For the first time, we provide a PC-like level of performance for most users while retaining the interfacing capabilities and hackability of the classic Raspberry Pi line.”

Here are the highlights:

The new Pi moves from USB micro-B to USB-C for the power connector. This supports an extra 500mA of current, ensuring a full 1.2A for downstream USB devices, even under heavy CPU load. 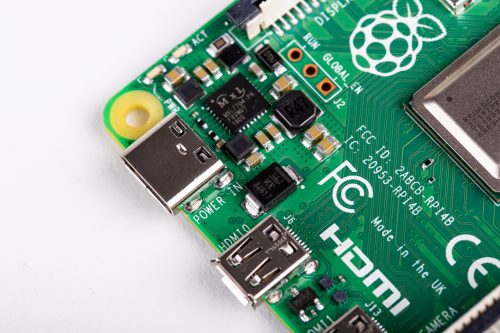 To accommodate dual display output within the existing board footprint, the makers have replaced the type-A (full-size) HDMI connector with a pair of type-D (micro) HDMI connectors. 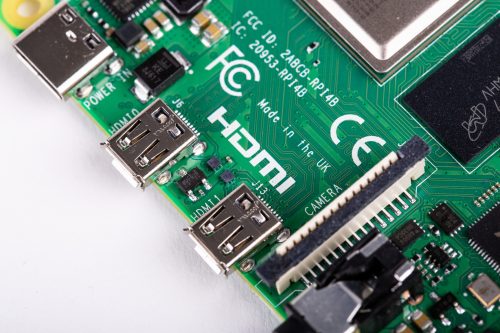 Our Gigabit Ethernet magjack has moved to the top right of the board, from the bottom right, greatly simplifying PCB routing. The 4-pin Power-over-Ethernet (PoE) connector remains in the same location, so Raspberry Pi 4 remains compatible with the PoE HAT. 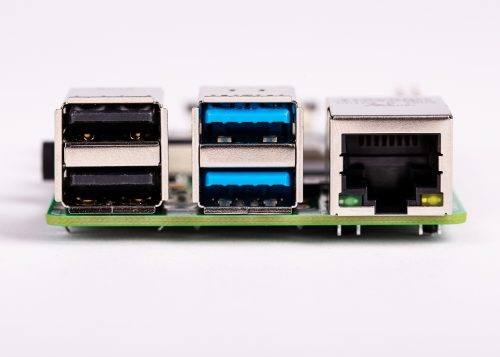 The Ethernet controller on the main SoC is connected to an external Broadcom PHY over a dedicated RGMII link, providing full throughput. USB is provided via an external VLI controller, connected over a single PCI Express Gen 2 lane, and providing a total of 4Gbps of bandwidth, shared between the four ports.

Accompanying the hardware is a radically overhauled operating system, based on the forthcoming Debian 10 Buster release. This brings a modernized user interface and updated applications including the Chromium 74 web browser.

Another change is the retiring of the legacy graphics driver stack used on previous models, replacing it with the Mesa“V3D” driver developed by Eric Anholt at Broadcom. This offers many benefits, including OpenGL-accelerated web browsing and desktop composition, and the ability to run 3D applications in a window under X. It also eliminates roughly half of the lines of closed-source code in the platform.

Some Interesting Raspberry Pi Use Cases:

Gaming communities are hopeful that the Pi will be useful for  home console emulation and gaming, but reviews appear divided with one claiming,”It’s important to note that the GPU doesn’t seem to be a powerhouse from the few tests that are available which could potentially mean that it’ll be the system’s bottleneck when it comes to gaming.” while another tester asserts: “If GPU performance had been holding your projects back, the Raspberry Pi 4 may be the answer.”

But at any rate, developers have always enjoying using Raspberry Pis to automate and power up their world. Here’s some great examples:

A guy in Canada created an IoT embedded microgrowery for (legal) cannabis. He connected it to the Internet using sensors to monitor the health of the plants remotely. A Raspberry Pi handles 99.9 percent of the sensor data, as well as serving said data into his Twitch stream via a Node.js server.

Anyone with a cat knows the pain of repetitive opening and closing of the back door. There are some cat flaps which automatically open and close by reading the microchip implanted in a cat but they’re not cheap. Thus, many hackers have created automated cat flaps to enable cats to come and go offering some respite to their human slaves. They typically use an RFID or BLE tag on the cat collar and a tag sensing cat flap. There are also cat flap cameras, including one that connects to social media, tweeting upon entry and exit.

WeTransfer software engineer Arkaitz Garro even created a gadget that would let Bobis the cat text him when he was outside the window and wanted to be let in. It relies on a camera equipped with facial recognition software to identify the cat. Arkaitz used a Raspberry Pi mini-computer mounted with a camera module, along with motioneyeos for motion-detection software, connected to Amazon Web Services’ Rekognition AI software in the cloud for the image recognition. He receives the notifications via the Slack messaging app. 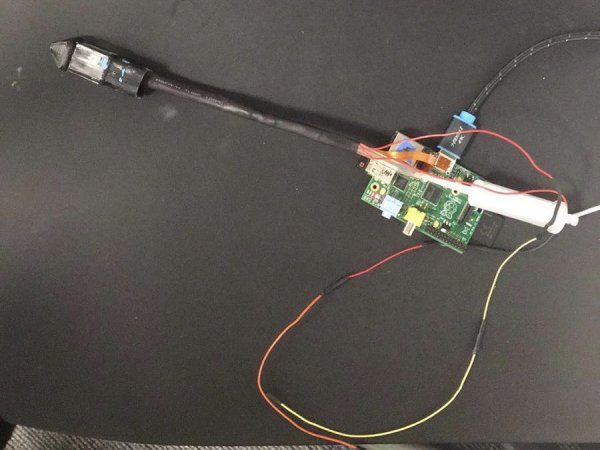 Clearly a proof of concept design, the device yet had a very practical application. It could be swallowed and collect imaging data along the oesophagus and stomach and present it in live video and saved still image form. Once inside the stomach, the device would aspirate stomach fluids mechanically via attached syringe to look for biological markers of gastric cancer.

Developers at Mythic Beasts used to the new RaspberryPi to host the website announcing its release. In a blog post, they detailed the use of 18 RaspberryPis with Gigabit Ethernet powering the launch, 14 for PHP processing on the main website, two for serving static files, and two for memory caches. They caution:

“We very strongly advise our customers not to use this for a mission critical super high profile website under-going the most significant product launch in their history. That really isn’t a very good idea.

We once advised Eben that Raspberry Pi probably wouldn’t sell very many computers. He didn’t listen to us then either.”