In the case of Blockchain, a business, depending upon its nature and functionality may require to choose either a public, a private or a hybrid blockchain. While one of our previous blogs explained the difference between Bitcoin and Ethereum, the public blockchains; this blog will shed more light on the difference between Hyperledger vs. Quorum vs. Corda, the private blockchains. Check below for Hyperledger vs. Quorum vs. Corda activity protocols over the years. 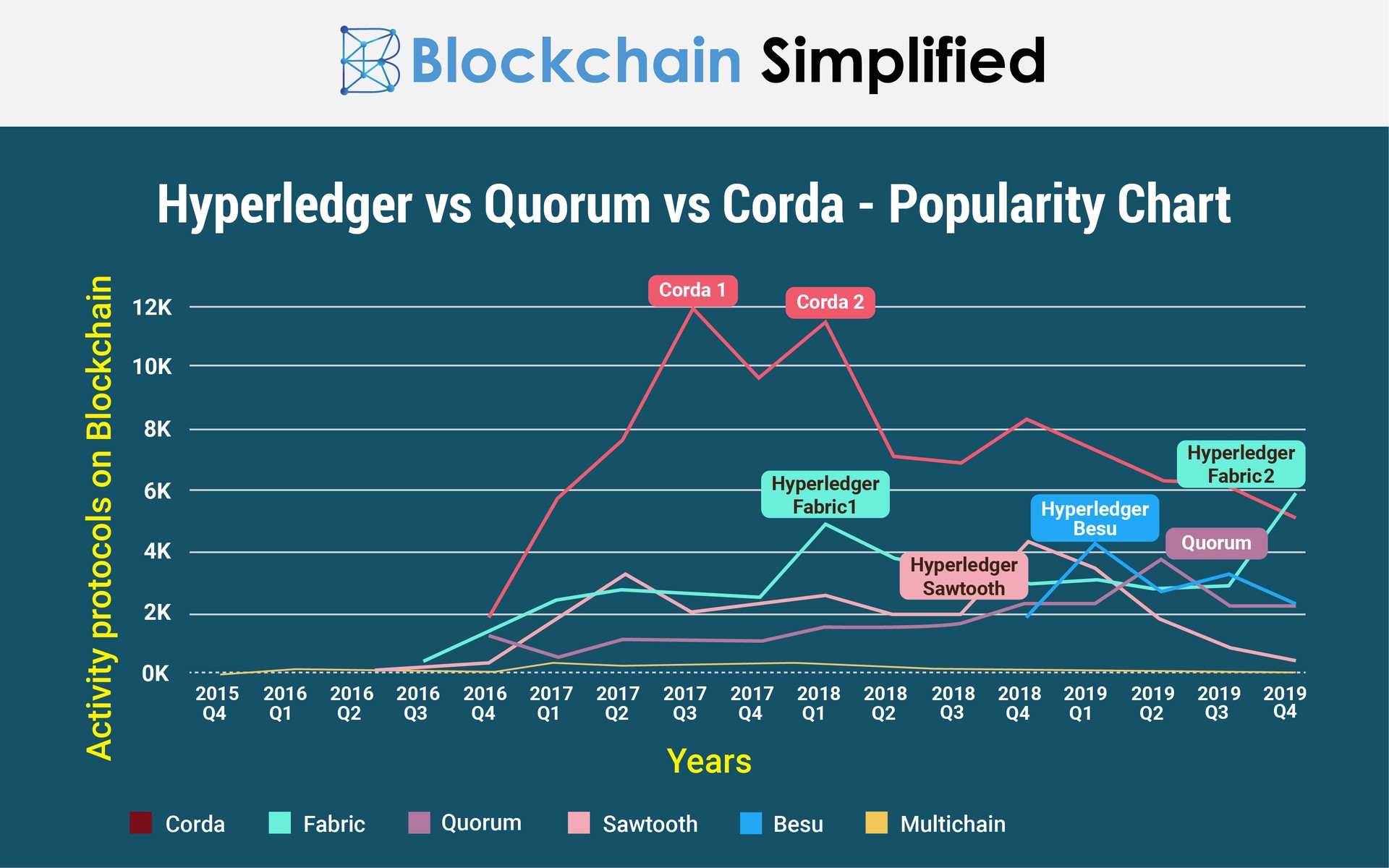 Hyperledger vs. Quorum vs. Corda

So in Hyperledger, the governing peers allow and provide permission to other nodes for any sort of transaction. This type of access control can be done on a node, channel, or even consortium level. Read more about Hyperledger node permissions in this article.

Corda has file-based configurations to access nodes and their permissions. Contrary to other blockchains, in Corda, data is shared only on a need-to-know basis instead of global broadcasts. Learn how nodes interact with others in Corda in this article.

In the case of Hyperledger, rather than the sequential execution of transactions, multiple transactions can be executed simultaneously which enhances the performance of the system. For transactions to be executed and affirmed, Hyperledger follows the KAFKA and the RAFT algorithms to arrive at a consensus.

Corda was designed to especially serve banks and financial institutions and overcome challenges faced by this particular field. Hence, Corda coined the “Notaries” concept wherein the notaries validate the transactions and add blocks to the chain. Go through this documentation to know about Corda Notaries.

Quorum uses a protocol called the QuorumChain to reach consensus. A simple voting process that confirms transactions using the majority coupled with BFT and RAFT algorithms is used by this blockchain.

Hyperledger uses the Chaincode as its business logic. Chaincode can be written in any standard programming language like Node.js, Go, and Java.

As said above, Corda was developed for banks and financial institutes which emphasizes the need for a legal agreement between participants. Thus, Corda implements smart contracts coupled with Ricardian contracts to obtain validity and security. For Corda, the smart contract can be written using Java or Kotlin programming languages.

Quorum supports both public and private contracts which are written in Solidity programming language.

Corda offers an SDK that allows the development of native tokens, issuance, and trading of the tokens.

The JPM coin is the digital currency of the Quorum Blockchain. 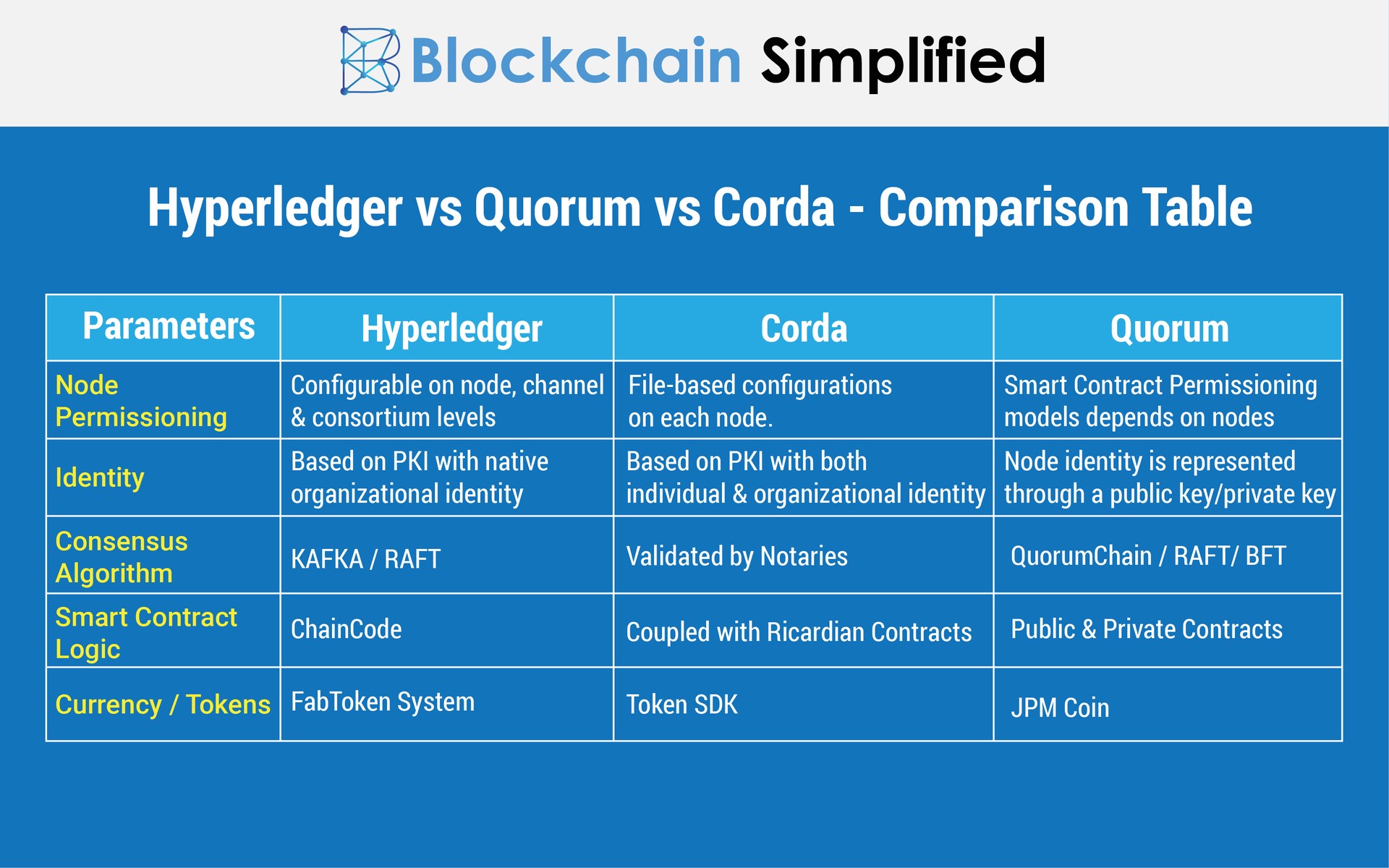 Enterprise blockchains are hugely popular and are much in demand for their scalable and adaptable characteristics. Hyperledger, Corda, and Quorum all offer privacy, robust mechanisms, scalability, and enhance blockchain performance. While Corda and Quorum have simple architecture, Hyperledger is more modular. Hence, it is up to organizations to decide which blockchain is more suitable and can be altered to their business needs.