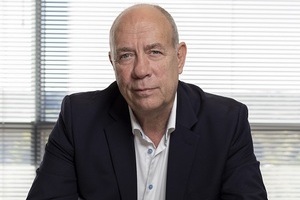 With the exponential growth of Internet of Things (IoT)-connected products in UK homes, the Product Security and Telecommunications Infrastructure (PSTI) Bill will introduce legislation to regulate cyber-security for these consumer devices.

The PSTI Bill had its first reading in the House of Commons in November 2021.  Whilst it is currently progressing on its parliamentary journey, there is much to be concerned about, says Robert Taylor, CEO and general counsel at 360 Law Group, so organisations need to be aware of how it might affect them.

The aim of the Bill is to provide a robust regulatory framework going forward to ensure the minimum security requirements for consumer devices that are connected to the IoT or other networks.

The Bill is divided into two parts. This article will provide an overview of the first part which deals with the security of devices. The second part is all about access and negotiations for Telecoms Infrastructure, requiring an emphasis on land law and commercial law.

Consumer connectable devices defined in the Bill are already quite complex and there is likely to be extensive debate and changes as the Bill progresses. However, what will not alter is that if a product is marketed to UK consumers and is connected or intended to be connected to the internet or another network, and it can transmit and/or receive digital data, it will be included.

One of the provisions worth noting relates to identical products. These are devices that are not intended to be marketed to UK consumers but are on the UK market and have identical vulnerabilities or non-compliances. This may be important to some business-to-business providers since these products could be banned under the Act.

Duties imposed by the law refers to Relevant Persons and the key here is that these duties are only imposed on UK businesses and UK individuals. This is a massive issue because the vast majority of devices and virtually all components for those devices are designed and manufactured overseas.

Manufacturers have different obligations imposed on them, compared to importers and distributors, but all three are identified and all Relevant Persons have a duty to comply with the security requirements.  Manufacturers, importers and distributors all have a duty to investigate and take action if they become aware of any compliance failures. This means they need to have the systems in place to flag any compliance failures and they must maintain records for possible use in a regulatory investigation, in a court of law or in a claim for damages.

Manufacturers are also required to issue a statement of compliance, with importers required to take action on any manufacturer’s failures where the manufacturer is outside the UK. Distributors and importers will be under a duty not to supply any product where there has been a failure by another Relevant Person or indeed people outside the UK with regard to the security requirements. So as soon as a device is known to be insecure, it cannot be sold on the UK market. The exact details will be set out in amendments to the Bill, so this is one of the main reasons to keep an eye on its progress.

The security requirements are not specified in the Bill. However, the Bill will give the UK Secretary of State the powers to make regulations.  As a minimum, we know that this will include banning default passwords, requiring products to have a vulnerability disclosure policy, and there must be transparency in terms of how often the product will receive security updates.

In addition, the government has already indicated that one of the purposes of this act is to introduce into law the Department of Digital Culture, Media and Sports 2018 Code of Practice on consumer IoT security. Until now, this has been a voluntary code.

The code itself incorporates what is known as the European Telecommunications Standard Institute (ETSI) European Security Standard and EN 303 645, a standard on the Cyber Security for Consumer Internet of Things. This provides manufacturers and designers with base line requirements for these devices.  And because the Code incorporates the requirements of the ETSI standard, then the ETSI standard is in effect being incorporated into UK law.  The government has already gone as far as saying that if you comply with the ETSI standard, you will be complying with the law.

Compliance notices could require a business to stop selling devices, to recall devices or return them to the manufacturer for updates. These will be disruptive, time consuming, and expensive and organisations therefore need to be aware of these powers and have plans and management systems in place if faced with a notice.  The monetary penalties for non-compliance could be eye watering, particularly for larger organisations.

The regulator will also have the power to apply to the Magistrates Court for a Forfeiture Order and this will allow them to seize and destroy any products that don’t comply. If used, this would be extremely damaging to a business.  Another provision is for individual prosecutions, which means a company director or officer can be prosecuted along with the business.

Getting ahead of the curve

Whilst the PSTI Bill is unlikely to come into law before the Autumn of 2022, the government has said it will give businesses a minimum of a year to fully implement its requirements. And with the regulations and other detailed provisions still not yet in place, planning time is going to get short.

If we look at compliance for example, and assuming we have two years to implement the Bill, do your existing systems allow you to deal quickly and efficiently with a compliance notice? If not, will you need to adapt management systems, train staff, and implement the necessary monitoring and auditing procedures?

Critically, organisations that deal with overseas designers and manufacturers will need to consider how it will enforce the Bill’s provisions and if contracts need to be amended or redrafted. This is vital particularly if you have three- or five-year contracts that were signed during the last year. All of this takes time and may be challenging to undertake within a year or even within two years.

It is also worth noting that the insurance market is hardening as providers move away from including ‘cyber’ in general business insurance. Appropriate cover may be difficult or impossible to obtain at a reasonable cost.

Now is the time to get familiar with the PSTI Bill before we get all the details. For some businesses the Bill may require only a few changes, but for others it will be considerable. And if things look like they are going a bit wrong, get some good advice.  It is far easier to prevent problems from occurring in the first place rather than deal with the regulator down the line.

The author is  Robert Taylor, CEO and general counsel at 360 Law Group.