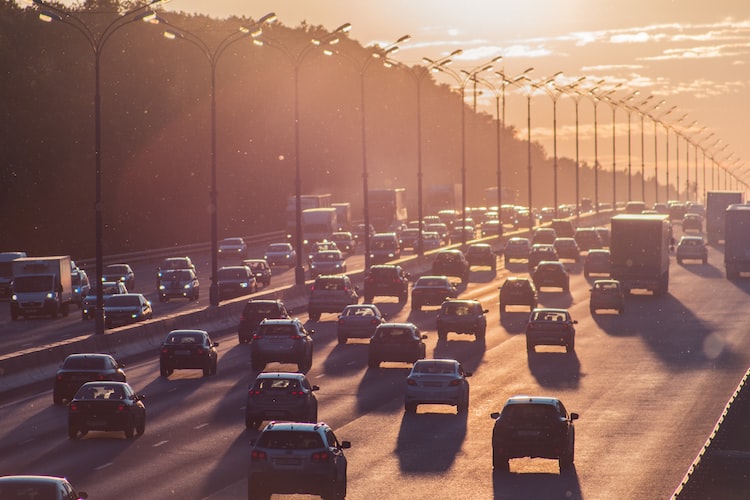 As autonomous technologies have become a growing feature of the modern car, there has been understandable interest in just how effective these features are at reducing traffic congestion. For instance, a recent study from Vanderbilt University explored the impact of cruise control functionality on congestion.

It found that not only does cruise control technology not help prevent phantom traffic jams, but it’s actually worse than humans at causing them.

“A good adaptive cruise control system for traffic would be one that doesn’t slow down any more than the vehicle ahead of it,” the authors explain. “Right now, human drivers are quicker at realizing what the car ahead is doing.”

What if the vehicles are fully autonomous though? Researchers from the University of Cambridge attempted to find out by designing a fleet of miniature robotic cars to drive around a multi-lane track to test how the traffic flow changed when various behaviors were instigated.

It transpired that a vehicle stopping would quickly prompt a queue to form behind that vehicle, but only when the vehicles were not cooperating effectively with one another. When cooperation and communication were happening, the other vehicles were able to move into alternative lanes and navigate around the vehicle that was slowing down.

Effective communication between autonomous vehicles was even able to mitigate the effect of an aggressive human driver on the roads, with the vehicles able to navigate these drivers safely and effectively.

“Autonomous cars could fix a lot of different problems associated with driving in cities, but there needs to be a way for them to work together,” the authors say. “If different automotive manufacturers are all developing their own autonomous cars with their own software, those cars all need to communicate with each other effectively.”

The researchers said that many of the existing tests for autonomous fleets are conducted in a purely digital environment, so they wanted to develop a system that allows testing to be done outdoors but without the costs associated with full-scale vehicles.

The team adapted inexpensive scale models of commercially available vehicles before equipping them with motion capture sensors and a Raspberry Pi so they could communicate with one another over Wi-Fi.

The lane-changing algorithm was then modified to allow the cars to work together as a fleet, thus allowing the vehicles to be packed more closely together, even when undertaking maneuvers such as changing lanes. The fleet was then put to the test, both in cooperative scenarios and egocentric scenarios where other drivers were either behaving normally or aggressively.

In the normal mode, the cooperative driving allowed traffic flow to be improved by over 35 percent, whilst in aggressive scenarios, this jumped to 45 percent.

“Our design allows for a wide range of practical, low-cost experiments to be carried out on autonomous cars,” the researchers explain. “For autonomous cars to be safely used on real roads, we need to know how they will interact with each other to improve safety and traffic flow.”

They next plan to test this multi-car system in a range of more complex scenarios, including intersections, and with a wider range of vehicles. It’s an interesting project and you can see the fleet in action via the video below.