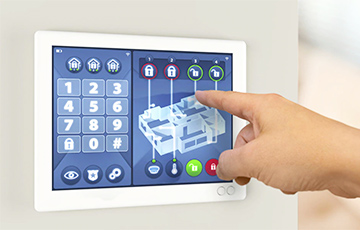 Small alarm systems for businesses and private homes can be divided into two main categories – local alarms and monitored alarms. The simplest type of local alarm only reacts to activation by emitting an alarm sound to alert the surroundings and scare off intruders. A more advanced type of local alarm is a self-monitoring alarm. Monitored alarms are connected to an Alarm Receiving Centre (ARC) that can respond to an activated alarm by contacting the police or dispatching a security patrol.

The second largest player on the European market for residential home security systems is Sector Alarm which has strengthened its position in Norway and Sweden through several acquisitions. Securitas and G4S are both sizeable players, especially in the northern part of Europe. In the southern part of Europe, Prosegur and EPS are two dominant players. United Technologies Corporation, Stanley Black & Decker and Johnson Controls (acquired Tyco in 2016) are also important players active in both Europe and North America. 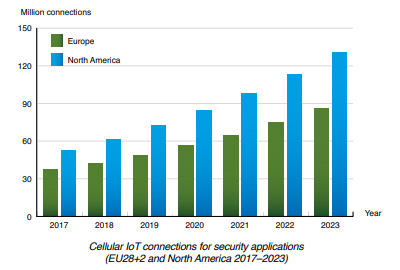 There is still a significant growth potential for monitored small alarm systems, especially in Europe where the total penetration reached only 6.4 percent of all businesses and households at the end of 2018.

“The penetration of monitored alarm systems in North America is much higher than in Europe and the corresponding figure in this region was 23.0 percent at the end of 2018”, says Martin Backman, IoT Analyst at Berg Insight. The traditional home alarm service providers are facing increasing competition from telcos, home automation companies and DIY security providers, which brings new innovative offerings to the market.

“Alarm systems are becoming more valuable for customers as the scope of offerings are being expanded to include detection of fire, carbon monoxide and water leaks, as well as home automation features such as smart plugs, locks, cameras, lighting and thermostat control.”