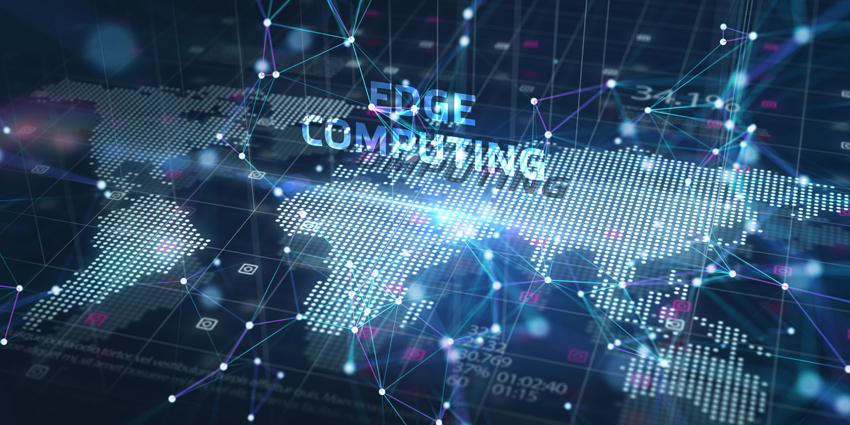 Virtual reality (VR) is one of the most talked-about technologies over the last few years, and many believe it will revolutionize how we interact with digital content. However, some significant challenges need to be overcome before VR can become mainstream.

One of the biggest challenges is latency, or the delay between signals that are sent and received across distances, which can cause motion sickness in some users of VR technologies. In response, engineers are tapping mobile edge computing to provide a solution to this problem.

What is Mobile Edge Computing?

Mobile edge computing (MEC) can also be referred to as Multi-Access Edge Computing. It distributes computational resources across networks and expands cloud computing’s capabilities by bringing them to the network’s edge.

Today’s service providers are ideally positioned to supply intelligent traffic routing from the mobile network to the best location of the enterprise application and have people on the ground and professional knowledge of network efficiency, network topology, device management, and more.

Network service providers and others can manage or host the edge infrastructure, and the transition to cloud-native network operations and distributed cloud computing allows service providers to expand beyond traditional connectivity-based models.

How Does Mobile Edge Computing Work?

Similarly, MEC reduces congestion on host networks, lowers latency, and opens up new 5G business options for carriers and businesses by physically shifting those resources closer to the user.

MEC enables operators to deliver 5G apps with low latency and high bandwidth, and employs a system based on Virtual Network Functions managed by a Virtualization Infrastructure Manager (VIM).

The host, platform manager, and orchestrator are the three primary components of the MEC architecture:

VR is a computer-generated recreation of a real or imagined world, employed in entertainment, games, training, education, and science, allowing users to interact with and explore virtual environments alongside their physical ones. All of these factors make VR a resource and bandwidth-intensive application.

A mobile device can use the computational and storage resources of powerful remote, centralized clouds in LTE networks, available via a mobile operator’s Enhanced Packet Core (EPC) network and the Internet.

Under the new MEC paradigm, network resources and computations are located very close to end-users, which shares space with a private LTE site. The VR server application is located close to the MEC, and VR application programs receive LTE packets routed to it.

The MEC’s co-location with the LTE site provides a distinct advantage over cloud servers located in other distant areas, such as streaming live content up to 8K resolution over 4G/LTE networks while saving more than 80 percent of the bandwidth.

This has a number of use cases:

Why We Need MEC for VR

Ultimately, VR hinges on low-latency internet connections of 20 milliseconds or less to realize its full capacity and mitigate motion sickness issues, which is not always the case on today’s networks. Mobile edge computing’s power and speed are critical in achieving this to ensure safer and more profitable adoption of VR.