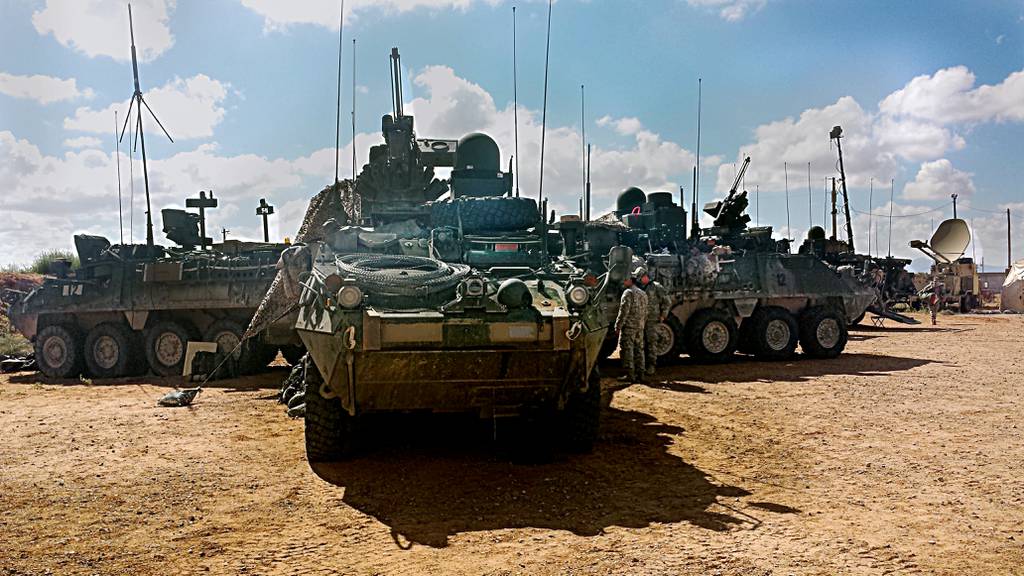 The more the U.S. military leans on wireless networks, the more congested they become. Unfortunately, the modern battlefield is experiencing critical system outages – with troops increasingly at risk – because we are unintentionally jamming our own networks.

This digital fratricide is not a problem that can be solved by radio discipline or rationing commanders’ access to live video feeds.

Instead, the solutions need to be baked in from the start by Department of Defense acquisition staff that demand products be designed and built to intelligently sip, not guzzle, precious bandwidth.

On America’s frontlines, the internal battle over bandwidth has reached a critical mass. In response to Russia’s invasion of Ukraine, every military branch is pouring an immense amount of money into high-tech drones with high-definition cameras. Unfortunately, every time a General wants to see the enemy in 4K HD video, mesh networks become so congested that frontline warfighters cannot communicate with each other on conventional radios. Fortunately, American tech companies have already deployed commercial solutions to solve the problem.

Self-driving cars, for example, generate far more data than even the most reliable 5G network can handle. In the early days of autonomous vehicles, software engineers had to hand-carry large hard drives on and off the cars on a “sneakernet” just to be able to analyze a day’s route. In time, engineers advanced a concept known as “data decimation” where only the relevant data segments and alerts would have to be extracted from a car, thus becoming more efficient with the network’s scarce resources.

Beyond autonomous vehicles, the video game industry has already partnered with hardware manufacturers to bring the power of the Cloud into disconnected devices, which eliminates another tax on networks. Industry calls this method ‘edge computing’ and Pentagon leadership frequently speak about the need for greater intelligence at the tactical edge. But both the defense and tech world are talking about the same solution: the objective is to avoid bandwidth overload by colocating artificial intelligence and machine learning software within handheld devices, robots, and sensors.

There are equally impactful operating system techniques, like “compute orchestration,” that effectively turn a dozen cell phones into one single supercomputer when linked on a secure platform. These practices need to be enforced as a technological standard for the battlefield internet of things; however, such techniques are only now being considered in the Department of Defense.

There are three major obstacles preventing these solutions from being adopted in time to maintain America’s competitive advantage in the AI arms race.

The first is the assumption that old techniques can solve new battlefield problems. Senior leaders and prime vendors appear surprised that the network is suffering through major bandwidth constraints, and current mitigation measures are focused on the promise of 5G. Even so, it is prohibitively difficult and expensive to deploy new cell towers in austere environments. Furthermore, those towers won’t help much when communications are actively contested by a highly effective, $100 radio jammer.

The second obstacle is awareness. The Pentagon must have an understanding of the problems already solved by America’s innovative tech experts so the commonplace solutions can be fed into the Defense Department’s requirements process. The National Security Commission on AI’s Final Report made it very clear that the Department is not moving fast enough, and the widening gap between what’s revolutionary in U.S. Defense and what’s common in the tech industry has reached a crisis point.

More specifically, it has taken 10 years for the Defense Department to get savvy on the “Clouds of War.” But even though those programs are just starting to get organized on their requirements, the industrial world has already started to shift computing back to the tactical edge, and we cannot afford to wait another 10 years for the Pentagon’s buyers to catch up.

The final obstacle is the incongruity of software and the Defense Department’s procurement system. The U.S. government has spent decades optimizing procurement around physical things and billable hours. As a result, the best GovTech software today ends up being bundled in hardware or a “black box” (like a slick new drone).

Unfortunately, the natural side-effect has been an explosion of vendor lock-in and data silos, which prevents the best software from getting into the hands of the warfighters at the point of need. Instead, program executive offices tasked by Congress to procure these essential technologies should strive to unbundle hardware and software so that interoperability can liberate the tactical edge from data silos.

Everyone close to the Defense Department’s data challenges understands the features of digital fratricide. A solution is within reach if we can build consensus and drive action to deploy industrial techniques like data decimation, edge computing, and compute orchestration to protect the networks that our warfighters rely upon. And it is incumbent on the Pentagon’s acquisition officials to empower those serving at our nation’s frontlines.

Ian Kalin is the Chief Executive of TurbineOne. He spent the last twenty years focused on modernizing government technology and was the first Chief Data Officer for the U.S. Department of Commerce.