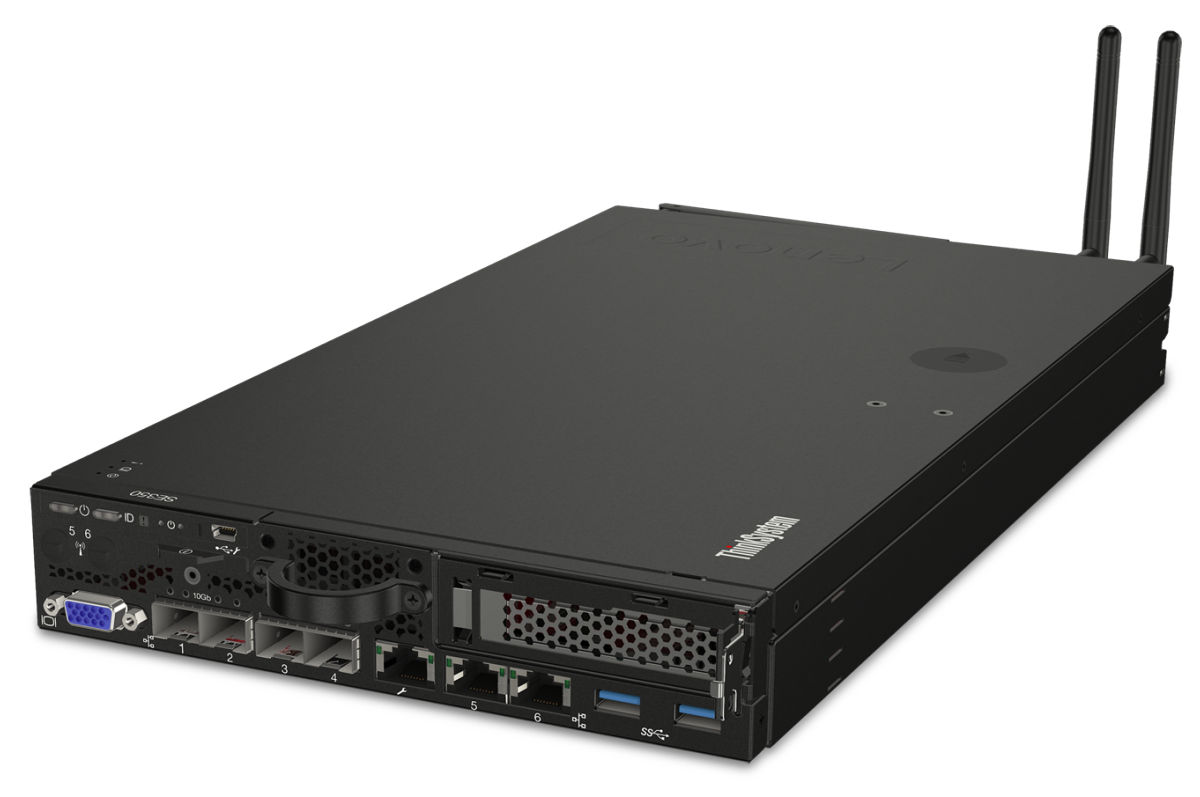 During an online Lenovo Tech World 2021 event, Lenovo launched an enhanced version of a platform for automating the management of servers to now include an edge computing platform running instances of VMware virtual machine software.

VMware software will come pre-loaded on a pair of ruggedized and security enhanced ThinkSystem SE350 servers based on Intel Xeon processors that can be managed via Lenovo Open Cloud Automation management software that previously was limited to managing servers in a data center.

The goal is to enable IT teams to manage highly distributed computing environments using the same software many of them already employ to manage IT infrastructure, says Charles Ferland, vice president and general manager for edge computing and communication service providers for the Infrastructure Solutions Group (ISG) at Lenovo.

The 1u ThinkSystem SE350 servers are designed to be deployed across a wide range of edge computing use cases. Lenovo has also made it possible to employ a number of security measures to make sure those servers are not compromised, including encrypting data and locking down the system should anyone tamper with it or outright steal the entire system, notes Ferland. “They can steal the device but not the data,” he says.

Keeping up with the Edge

In many instances, the adoption of edge computing platforms is already running ahead of the ability of IT organizations to manage and secure them as organizations seek to process and analyze data closer to the point where it is being created and consumed. That approach then allows IT teams to reduce the amount of raw data that would otherwise have to be transferred across a wide area network (WAN). Lenovo is making a case for achieving that goal as part of an integrated edge computing platform that can be remotely managed using a control plane it provides. The platform is based on the open source Ansible automation framework and extensions that Lenovo created using JavaScript Object Notation (JSON) files.

There may soon come a day when there are more workloads running outside a traditional data center or cloud computing environment than in it. Gartner predicts that by 2025, some 75% of enterprise-generated data will be created and processed outside of the traditional data center or cloud.  The 2021 State of the Edge report by the Linux Foundation predicts that the global market capitalization of edge computing infrastructure would be valued at more than $800 billion by 2028.

One way or another, enterprise IT environments are becoming more extended by the day. The challenge is that the attack surface is also extending and that needs to be defended by IT operations teams that are already struggling to manage IT infrastructure already deployed in on-premises and in the cloud.

Read next: Edge Computing Emerges as Next Big Cybersecurity Challenge