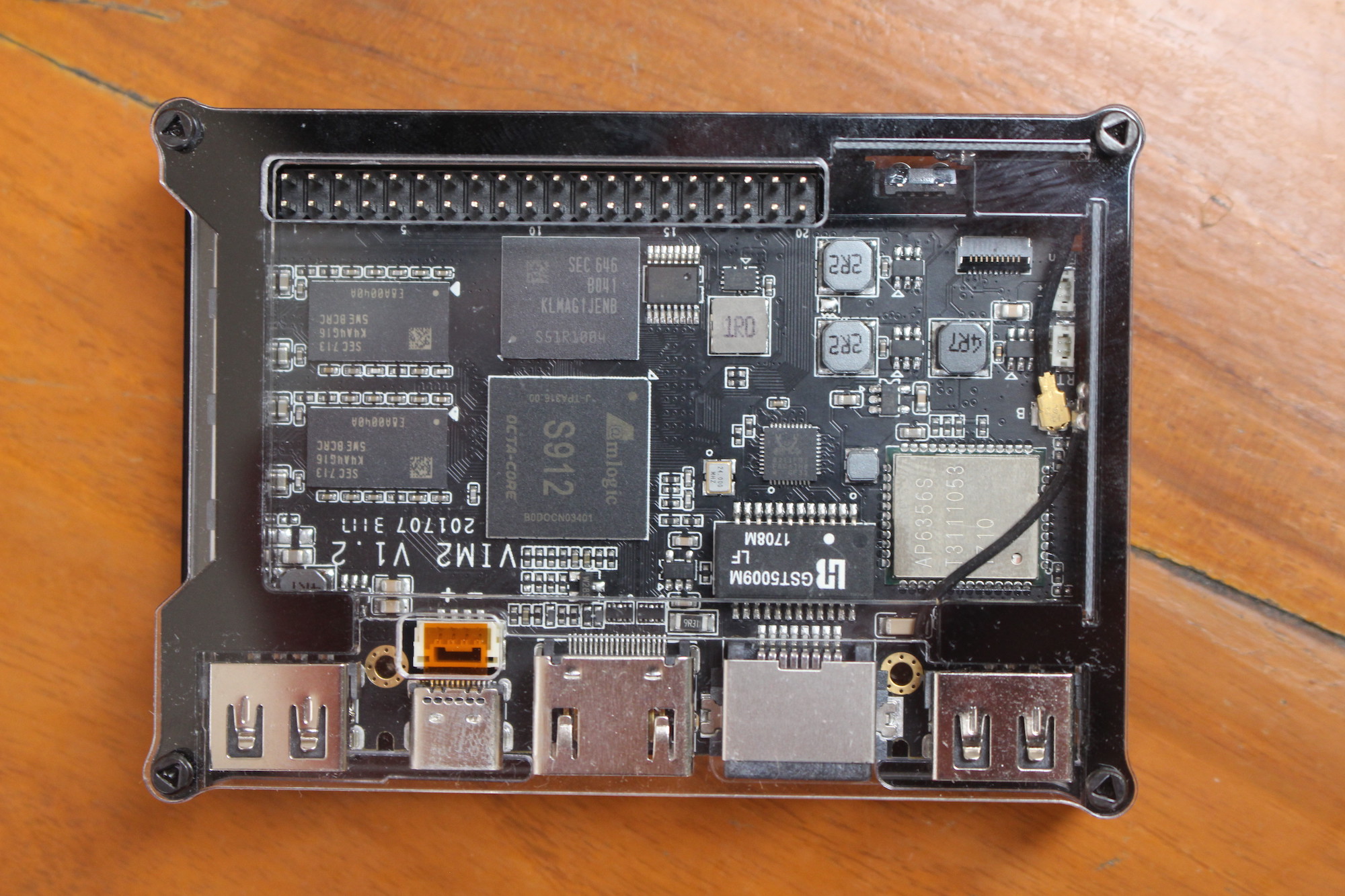 Khadas Development board – Shenzhen Weison Technology Co Ltd. owns the brand Khadas. They develop Single-board computers that are powerful and can be used for various applications. These are powerful small factor devices that are suitable for powerful applications like AI and deep learning. Khadas has an excellent line-up of boards for different development activities. They have three categories of boards, VIM series, edge series, and Tone up. The edge and VIM are SBC and Tone board is the high-resolution audio board for developers. The VIM boards are primarily based on Amlogic SOC, the edge series are based on Rockchip SOC, and both use ARM CPU. In 2019 they also plan to build Intel-based SBC.

SBC for AI and Deep Learning

The company’s newest addition to the Khadas family is the VIM3 SBC. The SOC in the SBC is Amlogic A311D with 5.0 TOPS NPU. VIM3 supports multiple OS and can support neural network applications. This board also boasts x4 2.2Ghz Cortex-A73 performance cores, paired with x2 Cortex A-53 1.8Ghz efficiency cores. These are merged into a hexacore configuration and fabricated with a 12 nm process for the highest performance, thermal and electrical efficiency. The inbuilt 5.0 TOPS NPU supports several deep learning models- Tensor flow, Caffe and Darknet.

It comes with an M.2 slot for NVMe SSDs that’s switchable between PCIe and USB, a combo interface that can be switched through Khadas KBI commands.

It has support for dual independent displays, HDMI (4K) and MIPI-DSI (1080P) one of which can be touch-enabled using the built-in TP connector.

The Khadas Vim3 board comes with two options,) Basic which comes with a 2GB RAM and 16GB eMMC and Pro version that comes with 4GB Ram and 32 GB eMMC storage. VIM also comes with Dual cameras with four-lane MIPI CSI interface supports up to 8MP ISP with FPC connector. It also has a real-time clock, wake on LAN, and has a g sensor to detect the signage orientation.

VIM3 also supports connecting to an M2X extension board that comes with 4G LTE module with a nano sim slot, x1 PCIe NVM2 2280 SSD and 802.3at Power over ethernet

The VIM3 is a high performing SBC, Khadas website has the performance data for the SBC, I/O, storage, and network compared against the competitors.

The board can be used for various applications. It can be built into a mini-computer for home, office setup; Can serve as a nano server used for running file service, or web service. Its also suitable for AI and robotics projects. By stacking the several VIM3 clusters can be built.

One of the exciting applications for the Khadas Development board would be in IOT edge computing. The small size and the powerful performance are a deadly combination suitable for the edge application. As IOT and edge computing adaptation is amplifying, the Khadas board can serve as edge gateways as a data collection point for the sensor in geolocation and analyzing and processing the data. The capability to run AI and deep learning applications on the VIM3 make it’s an exciting proposition. If AI is running closer to the edge, it drives the Real-time real-time action on the edge data instead of waiting for the data to be analyzed in the cloud. It also means there can be discretion on the data that moves to the cloud and thus saving cost on the data storage on the cloud.

Buy the Khadas Development board on our Edge Marketplace at a 20% special discount here.