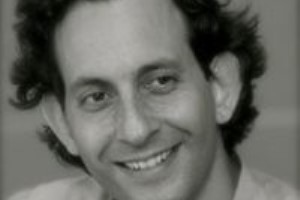 It may sound hard to believe, but in just a few decades our cities will increase in population by 50%. If you thought your city centre was crowded now, just wait! The population densities that the UN has forecasted to occur by 2050 should make us stop and think: With all those people, and cars, how will we be able to maneuver from place to place? How will we, or our children, be able to get to a school across town, or to a museum downtown?, says Jonathan Seelig, is co-founder and executive chairman of Ridge.

The goal of many city planners around the world is to use innovative technologies, including cloud-based IoT (Internet of Things) devices, to evolve our metro areas into “Smart Cities” in which space and time are utilised with extreme efficiency. Cities will use these smart solutions to improve the urban experience for its many inhabitants. Transportation systems, perhaps the most essential element in any livable urban space, will be the beneficiary of this technological evolution.

Let’s take a closer look at the promise of smart cities and IoT. But before I go any further, let’s get some basics defined first.

What exactly is a smart city and the IoT?

A smart city uses the IoT and ICT (information and communication technology) to enhance infrastructure and services in order to streamline the daily operations of the city. Cities can implement smart solutions using IoT connected devices and sensors to collect data and use such data to improve decision making.

A smart city can be characterised by:

The Internet of Things is crucial for the smart capabilities of a city. From internet-connected buildings and vehicles to IoT-based fleet management, these technologies allow for city officials to both have a comprehensive view of the state of the city and remotely manage its operations. Policy makers can use the insights gained from the data from the IoT devices to implement smart solutions that benefit the city.

Now that we know what a smart city is, let’s delve deeper into how smart transportation technology contributes to it.

The many uses of IoT in smart transportation

Here is a list of just a few examples of how the Internet of Things can transform transportation within cities:

All in all, these applications of IoT within transportation provide the smart city dwellers with a more efficient, comfortable traveling experience within their city. They will spend less time sitting in traffic, and get to their destinations faster.

Advantages of using IoT in transportation

There are many positive benefits of incorporating IoT into transportation systems.

Disadvantages of using IoT in transportation

On the other hand, there are some drawbacks to consider in integrating IoT into a city.

How does the cloud fit in the smart city and IoT?

IoT devices are always running and recording, and as a result, produce vast amounts of data. This huge amount of data needs to be stored somewhere, and these devices themselves do not have the capacity for it. The cloud has the capacity for it though: its unlimited storage and powerful performance capacity make it the ideal match for IoT device storage. The cloud enables cities to store and compute the data from their IoT devices.

To read more about IoT’s relationship with the cloud, take a look at the blog post on the topic here.

Cloud connectivity is crucial for smart cities. It’s necessary for all of the various components of the smart city to be in communication with each other to provide an experience for the city residents. This is uniquely possible with cloud computing capabilities.

When it comes to different types of clouds, distributed clouds are the most appropriate for supporting the smart city. Their highly localised platform is designed to support massively distributed workloads, such as IoT technologies, more than a large public cloud provider. With a distributed cloud’s hyper-low latency and endless scalability, cities can fully upgrade to a smart city equipped with IoT devices with full confidence.

The author is Jonathan Seelig, is co-founder and executive chairman of Ridge.