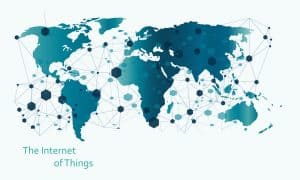 Investment in IoT is set to overtake cloud computing, next-generation security, big data analytics, and other digital transformation technologies in the near future.

The quarterly and annual numbers of Amazon Web Services, Microsoft Azure, or Google for cloud services are eye-popping, running into the tens of billions of dollars. However, the edge may see even more dollars flowing in, though more distributed way than with cloud mega-giants. Plus, it appears IoT will return these investments in significant ways.

That’s the gist of new research by Inmarsat, which finds that investment in the Internet of Things (IoT) is set to overtake cloud computing, next-generation security, big data analytics, and other digital transformation technologies in the near future. Respondents drawn from multiple industries reported plans to invest the greatest proportion of their IT budget on IoT projects over the next three years.

Businesses across all industry sectors now planning to spend an average of $2.8 million on their IoT investments through to 2024. While Internet of Things accounted for an average of 7% of an organization’s IT budget between 2017 and 2020, businesses are planning to spend 10% on IoT projects over the next three years. Planned investments in IoT are notably higher than those earmarked for other Industry 4.0 technologies, including cloud computing (9%), cybersecurity (7.5%), data analytics (7%), robotics (5%), machine learning (5%), and virtual reality (4%).

In addition to receiving more investment than other technologies vying for IT budgets, the study also reveals that the mainstream adoption of the Internet of Things is already making a significant difference in terms of operational cost-savings to many organizations. On average, respondents report that IoT projects currently save their organizations 9% of their yearly costs. In the future, respondents expect to achieve an average of 15% cost savings in 12 months’ time, rising to 22% in three years and 30% in five years’ time.

There are, however, noticeable variations in the planned levels of Internet of Things investments between different industry sectors. Oil and gas firms intend to invest the most in IoT over the next three years (an average of $3.2 million), followed by electrical utilities companies ($3.1 million), transport and logistics businesses (£3 million), mining operators ($2.7 million) and, finally, agricultural businesses ($2 million).

The recent pandemic did not slow things down — if anything, it was a catalyst. Close to half of executives surveyed, 47%, say they have accelerated deployment of IoT projects in response to Covid-19. IoT may eventually help with global supply chain issues as well, While 80% of respondents’ businesses currently only share data within the organization, many plan to share Internet of Things data with their wider supply chain in the future.

Executives are still nervous about security, however, Fifty-four percent of respondents are unable to use IoT data effectively due to security/privacy concerns. In terms of the threats posed, 50% of respondents cited the risk of external cyber-attacks. Close to half, 48%, have already responded to IoT security issues by creating an internal IoT security policy to mitigate these threats.