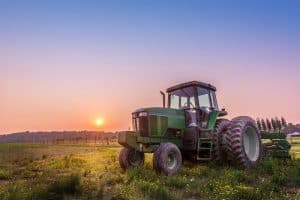 Ownership of remotely serviced equipment, as well as the right to repair said equipment, could emerge as an issue across many other product lines.

Earlier this month, it was disclosed that the John Deere Company was being sued on the basis of its alleged proprietary maintenance policies. While the lawsuit is specific to John Deere, it might have broader ramifications for IoT down the line.

As documented in Vice, “a class action lawsuit filed in Chicago has accused John Deere of running an illegal repair monopoly. The lawsuit alleged that John Deere has used software locks and restricted access to repair documentation and tools, making it very difficult for farmers to fix their own agricultural equipment.”

This raises some thorny questions about manufacturer’s efforts to keep tabs on product performance through remote sensors, employing ongoing and preventive maintenance or upgrades to sold or leased items. The ability to remotely, and automatically, forestall problems was seen as nothing short of revolutionary as the Internet of Things developed. But can customers opt out of remote maintenance arrangements? If manufacturers still control and modify the software, does that mean they still own the software, and perhaps the hardware around it?

John Deere has been a leader in the IoT space for monitoring and maintenance of the equipment it sells. The company even just announced a fully autonomous tractor, based on “a package of hardware and software that combines machine learning with the company’s GPS-powered auto-steer features.”

Over the past few years, the company “created a cloud-based operations center to analyze data harvested from hundreds of thousands of connected tractors and other farm equipment,” wrote Martha DeGrasse in Enterprise IoT Insights in 2017. “John Deere uses cellular networks to move data from the fields to the cloud. Data is encrypted at the device level and also within the network. Sensors built into the equipment made by John Deere track soil moisture, equipment performance, and even the pressure with which seeds are pushed into the ground during planting. Wi-Fi or low-power wide area networks can be used to collect data and send it to a gateway that connects to the cellular network. Tractors connect directly to John Deere’s cloud using cellular modems. The giant machines report on their location, what activity they are performing, and whether they need service. Farmers can see this data through John Deere’s iPad application.”

Still, farmers have attempted to override John Deere equipment software, and the company has suggested there are legal implications in doing so. “The farming giant argued that because the software was intrinsic to the value of a connected tractor, copyright law meant farmers didn’t actually own the machine,” according to a report by Stacey Higginbotham as the controversy started brewing. “This claim was highly problematic, as typically when someone decides to buy a tractor, this normally entails that the tractor is owned by the buyer. Instead, John Deere granted farmers, “an implied license for the life of the vehicle to operate the vehicle.” This could have interesting implications in the case of an accident.”

Cate Lawrence raises this issue with all categories of IoT, citing the need for a “right to repair.” The European Union took up this issue, with laws requiring manufacturers to make software, firmware, updates and spare parts and repair manuals available at least 10 years after a product is retired. “We’re promised software as a service with over-the-air updates to our connected devices by building a relationship between consumers and retailers for a foreseeable period of more than a decade,” she notes. “Consumers should reasonably expect their security service to last more than six years and their hub to last longer than seven years. Or should they?”

Ownership of remotely serviced equipment, as well as the right to repair said equipment, could emerge as an issue across many other product lines — construction equipment, security systems, autonomous vehicles, and more. With manufacturers remaining tethered to their products via remote monitoring and maintenance, where does their ownership end and customer ownership begin? Watch the John Deere case for answers on the direction this potential legal issue will go.