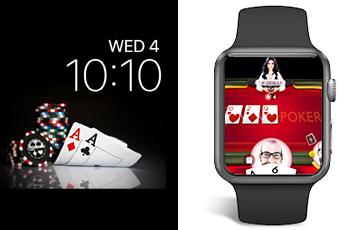 An article by Marc, Editor at IoT Business News.

Gaming and the Internet were once separate dinner party guests at the opposite ends of the table, not acknowledging one another and not interacting – but those days are gone.

Now they are a married couple with everything intertwined from leisure time to finances. Poor metaphors aside, things really have changed. This observation is true for all types of gaming. From those hooked up to a PS4 console in their bedroom to those on the bus playing the latest online tournaments.

Now the Internet and gaming are inseparable due to online gaming and the gaming gadgets we use being connected with the internet as part of the Internet of (gaming) Things (Io(g)T). These IoT devices and technologies are constantly influencing all aspects of gaming, especially when it comes to the social angle – and here’s how.

There has been a sharp rise in the number of players enjoying games that are played at one time by the masses. Shooter games are especially popular in this regards and one example is Fortnite. Having so many people gaming together from a plethora of locations across the globe has only been made possible through Internet-connected and IoT-enabled devices, such as wearables.

Streamlining technology to achieve such a large number of people to play together from everywhere over the planet has only been made possible with these connected devices and the (wireless) Internet connectivity they harness. However, they don’t just allow everyone to play together, they make it more social by enabling communication through live conversations, messaging and chatting.

Those who like a flutter can do it with an increasing social aspect. Instead of having to pretend there is a dealer handing out your cards or seeing a cartoon-like dealer earning their keep, you can now experience real humans as live dealers online at PartyCasino and other established brands. This is as close as anyone can get to the real thing, with everyone sitting at the table being able to interact with each other and the dealer, all in real time. Thus making the entire gaming experience an engaging social proposition, as well as steering away from random software generated outcomes. Here-again technology plays a role: Internet-connected devices enable live gaming from anywhere and new gadgets like VR headsets and smartwatches bring a new dimension to the gaming experience.

Gaming can certainly now be classed as a social activity but sometimes it cannot. When you play anti-social one-player games for hours, you may need to take a break with friends or family. There are now health keeper devices and apps on smartphones, smartwatches and health trackers that will let you know when it is time to put the controller down and take a short social break. 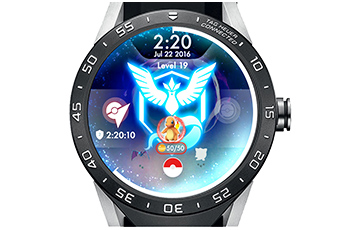 Gaming that involves Augmented Reality leads players to game in the real world and this has been partly achieved through always-connected devices like smartphones but also IoT-enabled wearables (like smartwatches). A perfect example is Pokémon Go where players would roam their own towns looking to ‘catch them all’. However, while they immerse themselves in a game, they also immerse themselves in the community and thus add a social aspect to their gaming.

With stadiums being filled to watch gamers battle it out and TV channels dedicated to gaming, there is no question that gaming has come out of its locked bedroom and started to be a social activity. It just so happens that the Internet and Internet of Things have helped it happen at a much greater level.