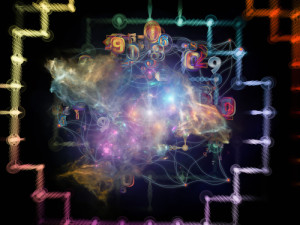 While that transition has been occurring for a few years, Intel expects the shift to processing data at the edge will only increase in the wake of COVID-19.

Intel this week launched multiple versions of processors optimized for Internet of Things (IoT) applications that need to process and analyze data in real time on edge computing platforms.

See also: Why Businesses Are Implementing Edge Analytics in Their Line of Work

Intel also unveiled an Intel Atom x6000E Series as well as Intel Pentium and Celeron N and J Series Processors that in addition to enhancing performance make use of a dedicated real-time offload engine to enable edge computing applications to process data as close as possible to where it is being created and consumed, according to John Healy, vice president of the IoT Group at Intel and general manager of platform management and customer engineering.

“As IoT and edge computing applications are increasingly deployed as much as 70% of data will soon be processed outside of a cloud computing or data center environment,” says Healy. Not only is there going to be too much data to cost-effectively transfer from edge computing platforms to the cloud, the latency requirements of these applications means data needs to be processed and analyzed locally, notes Healy.

After more than a decade of focusing on cloud computing that
shift represents a major IT milestone, adds Healy.

“This is a significant pivot in the industry,” says Healy.

The processing data at the edge doesn’t necessarily mean
there will be less reliance on public clouds to process data on the backend, but
Healy says the dynamics surrounding how application workloads are deployed is
clearly changing.

While that transition has been occurring for a few years now, Healy adds that Intel expects the shift to processing data at the edge will only increase in the wake of the COVID-19 pandemic as organizations, for example, deploy more touchless e-commerce applications or rely more on robotics in healthcare environments.

Intel claims to have 15,000 customer deployments involving various
types of IoT applications and expects the edge silicon market opportunity to be
valued at $65 billion by 2024. Obviously, Intel is not the only provider of
processors targeting that opportunity. IT teams should expect to find themselves
supporting IoT applications on a pantheon of classes of processors in the years
ahead. The issue that IT teams should consider is to what degree can the
processors selected be applied across multiple use cases to maximize IoT investments,
says Healy.

It may take a while before IoT applications proliferate across an extended enterprise. However, the certain thing is that reliance on batch-oriented applications is about to decline sharply. The laws of physics simply don’t allow for transferring massive amounts of data back to a cloud platform or data center for processing. Events occurring at the edge need a real-time response that is most often going to require a decision to be made by a machine based on parameters defined in an artificial intelligence (AI) model created by a data science team.

Regardless of the platform. those applications are deployed on
it’s now clear a new era of IT is upon us.