The scope of what can be done through edge computing is growing fast, but it will take more talent and new strategies to reap the benefits.

At the moment, a comparatively small portion of enterprise data is generated and processed at the edge, but that is expected to change quickly in the years to come. On Wednesday night, Rob High, CTO of IBM Edge Computing, and Thomas Young, managing partner of consulting firm Rumjog Enterprises, met in New York to discuss the current state of edge computing, how far-reaching it already is, and what the near future may hold. The conversation was for the latest in a series of podcasts from Rumjog that speaks to complex technology trends.

It seems obvious that every smartphone can be a portal that sends data to the cloud, but High said even common appliances can be part of the edge computing equation. High has held a variety of roles within IBM, including as CTO for IBM Watson before he shifted his focus. “Edge computing to me is where the work is being brought to where the data is created,” he said.

The general populace increasingly uses equipment and devices that have computing capacity built into them, High said. It can mean data coming off a car engine, turbines, and apps for changing TV channels. Edge computing could lead to smart TVs that anticipate what viewers want to watch, he said, and automatically change channels accordingly. Automobile makers are already reengineering vehicles so they can offer more personalization and enhanced roadside assistance. “If your car can be informed about traffic, about weather events, and feed that back into your car to help the driver navigate to where you want to go more efficiently, it can enable your car to operate more efficiently as well,” High said. 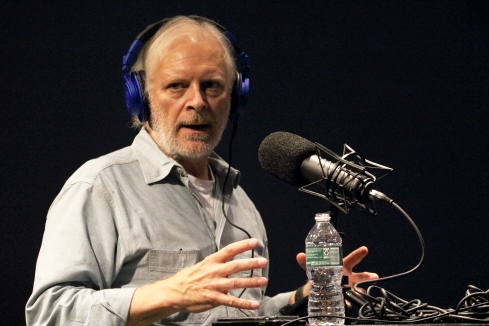 Speed limit signs might even disappear because the speed limit would instead be displayed directly on the car’s dashboard, he said.

The move to the edge, Young said, can be traced back to the 1980s with the advent of personal computers. Data connections robust enough to support the emerging trend had yet to be established, however. “Telecommunications took a little while to catch up,” he said. “Bandwidth was one of the driving factors to move compute to the edge, otherwise you had performance issues.”

The current surge in the cloud brought a reconsolidation of computing, Young said. Internet of Things, with smart devices at the edge, he said, now drives the need to have compute and processing of data locally.

High made a slight distinction between IoT devices and edge devices, noting that IoT has had sensors and actuators feeding data to the cloud, whereas edge computing brings compute to devices. For example, he said, General Electric started to put chips into LED, smart lightbulbs. Smart thermostats such as Nest also fall into that edge computing category. The segment has grown to about 15 billion devices worldwide with compute capacity onboard, High said.

Young asked if the multitude of devices ingesting massive amounts of data might become slaves to the cloud and start to process information not related to that device. Such fog computing, as High called it, is not something he necessarily subscribes to. “The economics would have to shift quite a bit before that becomes a real viable alternative,” High said.

There is lot of redundant, messy data that is collected at the moment, he said, with only a portion of that can be called meaningful. Furthermore, turning collected data into something actionable can be hindered by technical limits. “Your ability to do anything with it is conditioned by things like latency,” High said.

Milliseconds can matter if the data is necessary for immediate decision making, such as an AI-driven car responding to sudden changes in road traffic, he said.

The ethics that go into how AI responds to situations that are less than ideal also raises questions, Young said. “What decision does it make? What does it optimize on? Does it optimize for the car manufacturer? For the people in the car? For society?” 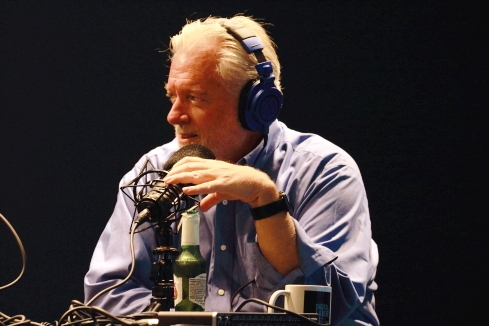 If edge computing does keep up its momentum of adoption, Young says organizations may be caught at a crossroads. Past capital investments on infrastructure might feel superfluous if they make the move, he said. High said he offers businesses a more positive perceptive. “What are the opportunities for innovation?” he asked.

Making edge computing flourish will require more experts to nurture the technology, and Young asked how High is handling talent needs in his current role at IBM. “We are borrowing from preexisting technologies,” High said. “In that way, we have plenty of people.” Edge computing is a complex sector, he said, which will need solutions that can be implemented at scale rather than installing algorithms one device at a time. “After the hundredth time of saying, ‘I want this piece of software on that machine,’ you start to get to get tired,” High said.

Joao-Pierre S. Ruth has spent his career immersed in business and technology journalism first covering local industries in New Jersey, later as the New York editor for Xconomy delving into the city’s tech startup community, and then as a freelancer for such outlets as … View Full Bio

We welcome your comments on this topic on our social media channels, or [contact us directly] with questions about the site.