According to Wikipedia, the Internet of Things (IoT) is the extension of Internet connectivity into physical devices and everyday objects. These devices can communicate with each other via sensors on the internet.

A McKinsey study found that by 2025, IoT will save businesses $11 trillion annually

My goal in this article is to unravel through examples and statistics just what IoT is and how it helps businesses increase efficiency. In the end, you will know for sure whether or not your business is ready for IoT.

Get a hot cup of your favorite beverage, a notebook and be prepared for business-changing IoT ideas.

What Is the Internet of Things?

Nest, a smart thermostat learns your family’s routines and makes temperature adjustments based on whether you are asleep, awake, at home or away. This lowers cooling and heating bills.

The Phillips Hue lighting system is another great IoT example. It’s a smart bulb that changes color, even matching the color palette of a photo you upload to it. You can also sync the bulbs with your music system to get a disco-like effect (I definitely want this!).

Kolibree is a smart toothbrush. After connecting to your smartphone, it encourages good brushing habits. It turns the brushing of teeth into a game and saves data about your brushing routine. In the future, it may transmit this data to your dentist.

But then you say: “Cool, it would be nice to have these cool gadgets at home. How can they benefit my business?” 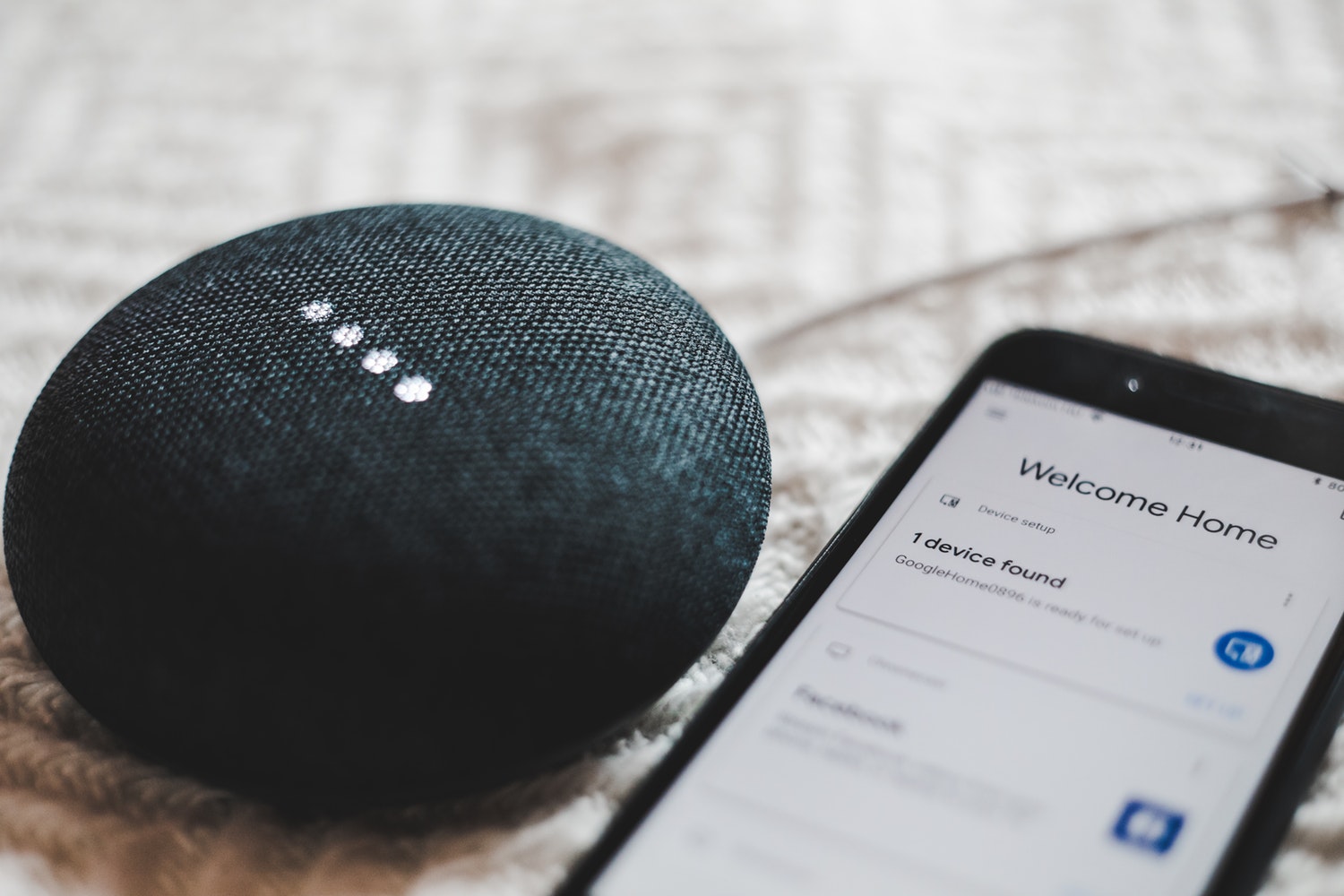 Well, the following section gives seven of the ways IoT is used in business in all industries today.

How Other Businesses Are Enjoying the Benefits of IoT

The UPS ORION: Saving 1 Million Plus Gallons Of Fuel

United Parcel Service (which we fondly refer to as UPS) has been using GPS devices on their delivery vehicles since 2008. The system, called ORION, identifies the shortest and most efficient route.

In 10,000 courses, UPS has saved (drum rolls) almost 1.5 million gallons of fuel. Multiply that by the average price per barrel of oil and you start seeing just how important IoT is.

Which Fitness Machines Do Customers Use Most? Fitness First

Fitness First employs IoT to track the number of people entering its gyms. The idea is to encourage current customers to keep visiting the gym and bring friends along.

Fitness First also tracks how fitness machines are used. The insights from this data are important because when fitting a new gym, the company only installs the machines that are widely used.

Visitors to Disney World can be given a “magicband” that has RFID tags. With these bands, guests can buy concessions and book rides by tapping on the receivers dotted throughout Disney World.

Disney World uses this data to determine which attractions are most popular. This also gives ideas on the actions that should be taken to improve the visitors’ experience.

Using sensors, WasteOS analyzes data in real-time and produces the most efficient route for waste collection trucks. The company also sells smart bins that report the level of waste in them. 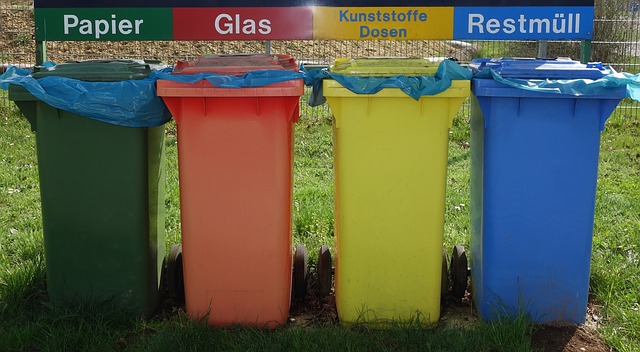 Authorities give better customer service because they know when waste is due for picking even before the customer. As you can guess, this IoT system places users of WasteOS way ahead of their competitors.

Bank of America contracted Sociometric Solutions to create employee tracking sensors. These sensors are embedded inside the employees’ IDs where they collect data such as the tone of voice, speaking speed and volume, movement, and posture.

The idea was to determine when employees are at peak performance. This way, employee tracking can be done in a way that causes no discomfort to employees, while also protecting the company from litigation.

Bank of America discovered that when employees were taking breaks together, they helped each other solve workplace issues. The company changed its work culture and boosted productivity by 10 percent. 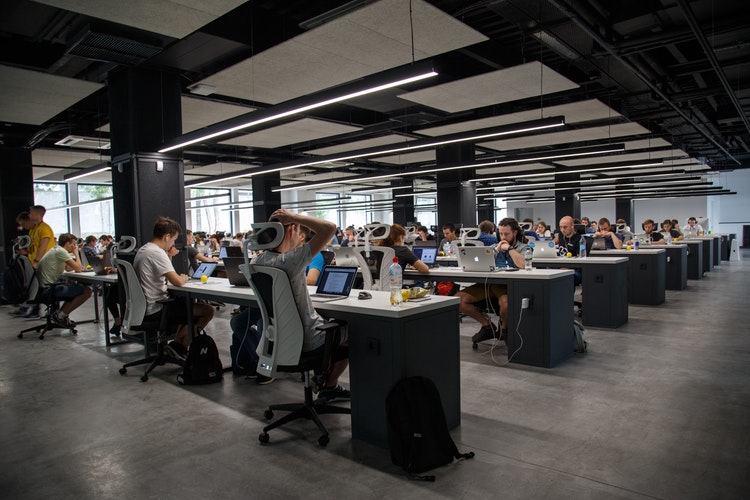 Skybell Smart Doorbell: I Can See Visitors in HD

Skybell created the smart video doorbell that sends live high-definition video to your smartphone via an app. This allows you to speak to visitors, regardless of whether you are at the premises or not.

With such a device, you have control of all areas that matter, helping you feel secure about your property. This technology can be used to secure industrial plants, and reduce the need for security personnel, reducing business cost.

Do you run a taxi company or a car rental service? The Dash adapter collects information about your car using an adapter. It tracks mileage, hours driven, fuel cost, fuel efficiency, ignition status, and location among others.

Dash takes things a little further by calculating a metric called the Dash score along with suggestions that help you improve your driving.

So, Why Is IoT Underutilized?

While there is a lot of interest in IoT, its usage isn’t worth writing home about. A study by Capgemini found that only 4 in 10 organizations use IoT on a full scale.

Capgemini also found that the highest IoT users are in industrial manufacturing (62 percent), retail (46 percent) and telecommunications (38 percent). Why is this the case?

A study by Hitachi sheds some light on this. Hitachi found that 32 percent of the companies they interviewed did not see a significant return on investment from using IoT.

Let’s face it: IoT does not lend itself easily to daily business applications. For maximum ROI, businesses need to have an IoT strategy, troubleshooting, and maintenance personnel.

Above everything else, the Hitachi study found that it’s the amount of work needed to get up and running with IoT that deters businesses from taking the leap.

But should we throw out the baby with the bathwater by avoiding IoT? The next section answers this question. This is the final piece after which you can answer “Is my business ready for IoT?”

Should You Avoid IoT in Your Business? Hint: Bad Idea

As a business, you know that without sacrifice, there can be no growth. You may feel that your business is imperfect for IoT. You may even cite logistical hurdles as a reason to avoid or postpone IoT integration.

However, you will be missing out on the large payoff that is promised by IoT. In the future, IoT will become a business norm. To keep up with the competition, avoiding IoT will simply not be an option.

You should make IoT integration a priority. Another thing to keep in mind is that you will need advanced analytics to make sense of the large volumes of data, and cybersecurity to protect your assets from exploitation.