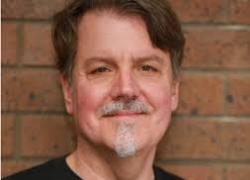 Very often an Internet of Things (IoT) environment behaves normally, it does what its designers intended it to do. However, from time to time things go wrong, says Will Cappelli, CTO EMEA and Global VP of Product Strategy at Moogsoft, events can take place which indicate that the platform is not behaving in a way which was anticipated or desired. Therefore, an intervention is required to reset the course and readjust things. But how does this process work?

The traditional approaches to IoT incidents

Generally, it can be described as a link between a signal and a response – the environment signals that something is wrong which is sent to a responder. The responder, which could be human or robot, acts on the signal and changes things. If you look at traditional IoT environments there were two types of signal/response mechanism.

Firstly, there was the “fast but dumb” response mechanism which most IoT environments use. You would have a signal that would travel along a hardwired path to a specific responder which would usually only do one thing, or it might select from a menu of three of four things and look to fix the sensor or restart the network. It would work very quickly.

The second approach is “smart but slow” that has mainly been available via log management vendors. This approach is based on trying to make the right decision in a complex environment – you can’t just have a couple of options to choose from. You need to respond to each situation uniquely.

The theory is to accumulate vast amounts of data about the environment in an unstructured log management database and supply decision-makers with a whole bunch of tools to make sense of the environment, providing them with a broad pallet of choices as to what might be the best solution.

Unarguably, this can produce very accurate results but the process is slow, the latency can last for weeks. Particularly in an IoT setting, that makes no real sense as you don’t have that kind of time to make the right decisions.

Why use AIOps in IoT

Both these scenarios are before the emergence of Artificial Intelligence for IT Operations (AIOps). What AI and AIOps approaches create is that via automation the analysis of the task can give you a “fast but smart” way of managing an IoT system. It effectively takes the slow but smart model but automates the human insight, resulting in a significant reduction in latency between signal and response – but crucially not sacrificing the quality of the response. At a fundamental level, that is what AIOps brings to the table in terms of managing an IoT environment.

Let’s be more specific. By examining behavioural trends and predicting where these trends are impacting the network, AIOps can rapidly predict incidents before they occur. AIOps also significantly decreases the amount of time it takes to figure out what the root cause of a performance problem is. Essentially, it can help you look into the future and look into the past. In addition, AIOps can orchestrate redundancy in the environment more effectively. For example, if you have a group of sensors that are degrading, AIOps will enable you to bring in different sensors resulting in cost effective resource allocation.

If we look at futures, there is a lot of research being conducted around autonomous vehicles but let’s not get too far ahead of ourselves. More relevant for now is the concept of connected vehicles. In some senses connected vehicles are a halfway house between traditional automotive technology and autonomous vehicles. What I mean by this is that you have multiple sensors being fed into a common service which is being provided to a batch of cars. It could be as straightforward as traffic congestion. Based on the information that connected vehicles are sending to the mothership it can be determined where congestion is occurring which will ultimately change the suggested routing to any given vehicle on that particular system.

Moving forward we are going to see automated intelligence, as not only being an accompaniment of IoT, but it will essentially become a layer of what it means to automate everything. Think of it as a fabric of intelligence which covers all devices. So, in the future, all IP enabled devices ranging from refrigerators to light switches to washing machines, will process intelligent operations.

IoT brings with it challenges that requires the deployment of AIOps to provide a complete solution. What does this mean? IoT introduces complexities into the environment which require the support of AI technologies to manage challenges. This is achieved mainly using intelligent automation to select significant data from the barrage of data being generated by your IoT environment.

However, there are a number of other issues AI resolves…the ability to discover patterns in what is a significant data set, the ability to make inferences based upon those patterns, the ability to communicate those results and ultimately the ability to automate a remedial response i.e. if the IoT environment requires some kind of intervention to ensure it continues to perform effectively.

Essentially, the tasks AI performs for an IT infrastructure or an application portfolio is the same as what it does for an IoT environment. The factors that have made AI a necessity for IT operations are the same factors for IoT – but intensified because the environment is highly modularised and there are number of elements acting in near autonomy.

In addition, the IoT environment is highly distributed and so dynamic relationships amongst the components are changing all of the time. Finally, the fact that components within an IoT environment are ephemeral and come in and out of existence with very short life spans. These are compelling reasons why IoT needs the capabilities of AI and AIOps in particular.

How will IoT help AIOps evolve?

There is no doubt that IoT will impact on the evolution of AIOps. Currently, most AIOps systems are highly centralised – data arrives at a central location where the AI is applied. Now, when applied to an IoT setting, there are requirements to conduct analytics locally which introduces an element of distribution to the AIOps system. It requires AI to work at the edge.

In general, IoT will force AIOps to become more of a system of distributed agents and move out into the network, rather than being a centralised service which is just ingesting data. This is what I foresee as being the biggest change IoT will force on what we currently view as AIOps.

This is not an easy thing to do, there are challenges. Not just in the development of appropriate software and hardware, but also challenging conceptually. We will need a whole new stock of conceptual design metaphors which software developers will not have been accustomed to using. But I’m sure, they won’t take too long to adapt.

The author of this blog is Will Cappelli, CTO EMEA and Global VP of Product Strategy, Moogsoft