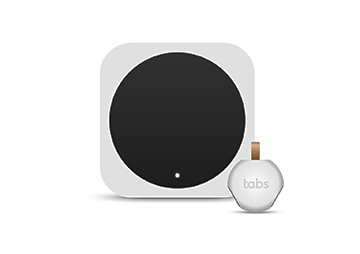 The company co-founded by Napster’s Shawn Fanning and Amir Haleem is introducing a first-of-its-kind IoT tracking device one year after its peer-to-peer network goes live in more than 1,000 North American cities.

Helium, the company behind one of the world’s first peer-to-peer wireless networks, is announcing the introduction of Helium Tabs, its first branded IoT tracking device that runs on The People’s Network.

In addition, after launching its network in 1,000 cities in North America within one year, the company is expanding to Europe to address growing market demand with Helium Hotspots shipping to the region starting July 2020.

Since its launch in June 2019, Helium quickly grew its footprint with Hotspots covering more than 700,000 square miles across North America. Helium is now expanding to Europe to allow for seamless use of connected devices across borders. Powered by entrepreneurs looking to own a piece of the people-powered network, Helium’s open-source blockchain technology incentivizes individuals to deploy Hotspots and earn Helium (HNT), a new cryptocurrency, for simultaneously building the network and enabling IoT devices to send data to the Internet. When connected with other nearby Hotspots, this acts as the backbone of the network.

“We’re excited to launch Helium Tabs at a time where we’ve seen incredible growth of The People’s Network across North America.”

“We could not have accomplished what we have done, in such a short amount of time, without the support of our partners and our incredible community. We look forward to launching The People’s Network in Europe and eventually bringing Helium Tabs and other third-party IoT devices to consumers there.”

Introducing Helium Tabs that Run on The People’s Network

Unlike other tracking devices, Tabs uses LongFi technology, which combines the LoRaWAN wireless protocol with the Helium blockchain, and provides network coverage up to 10 miles away from a single Hotspot. This is a game-changer compared to WiFi and Bluetooth enabled tracking devices which only work up to 100 feet from a network source. What’s more, due to Helium’s unique blockchain-based rewards system, Hotspot owners will be rewarded with Helium (HNT) each time a Tab connects to its network.

In addition to its increased growth with partners and customers, Helium has also seen accelerated expansion of its Helium Patrons program, which was introduced in late 2019. All three combined have helped to strengthen its network.

Patrons are entrepreneurial customers who purchase 15 or more Hotspots to help blanket their cities with coverage and enable customers, who use the network. In return, they receive discounts, priority shipping, network tools, and Helium support. Currently, the program has more than 70 Patrons throughout North America and is expanding to Europe.

Key brands that use the Helium Network include:

Helium Tabs will initially be available to existing Hotspot owners for $49. The Helium Hotspot is now available for purchase online in Europe for €450. For more information and purchasing, please visit www.helium.com or helium.com/tabs.
IoT in Action Virtual Learning:

Register now to get access to a collection of online training resources on the IoT.