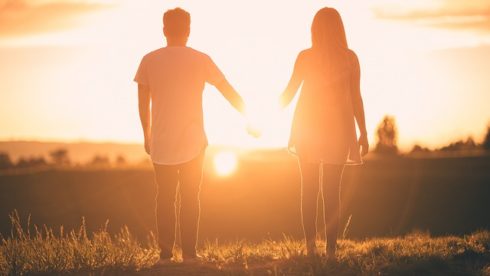 We’ve all known two great people we were sure belonged together. Their faults and virtues fit as neatly as puzzle pieces. Yet one without the other does not make much sense and will never leverage its true potential.

Substitute technologies for people, and you begin to understand the fundamental magnetism between edge and cloud. The cloud lifted data storage and compute operations out of the on-premises data center and relocated them in somebody else’s bigger, safer, better-provisioned and well-managed facility. Doing that made it possible to share resources and lower costs. The downside is the bandwidth required to move the data back and forth between client and cloud, and the non-trivial latency that needs to be considered.

Like any much-traveled highway, the network is subject to traffic jams. Latency is the delay caused by these traffic jams. The IoT represents an entire universe of dispersed digital devices, virtually all of which generate and/or collect data — the bulk of which requires processing, the faster the better, preferably in real time. These far-flung devices flinging data to the cloud or on-premises data centers to get processed, then –boing– back to the device of origin, are not reliable if there are traffic jams.

Do it on the edge
Here comes the ‘a-HA’ moment. Put the compute power where the devices are — at the edge!

Some pundits call it the “shift left.” Others, like Hewlett Packard VP and Fellow Tom Bradicich writes in a recent blog post, “Organizations that adopt edge computing capabilities can enjoy some first-mover advantages in operational efficiencies and new business development.”

Business Insider recently reported that an expected 5.6 billion devices will be connected to the edge by 2020—a rate of adoption that makes the early growth of cloud computing seem leisured in comparison. You could say the migration to the cloud created some problems that now need to be solved. Today, that means IT teams are busy revising their business infrastructure to close the gap between where data is generated and where and how it’s processed—even, and just as important, what data actually needs to travel, and in what form.

Being in the print management business, Y Soft has long been aware of the distance-from-server problem that can plague distributed infrastructure, as well as the high cost of the servers themselves. In fact, we created the first solution, moving print servers to the edge as far back as 2007. Going forward, this led Y Soft to develop its YSoft SafeQube line of lightweight server alternatives to perform tasks like user authentication, system state monitoring and use analyses at the print site, where it’s processed as metadata that can be transmitted quickly to a company’s cloud or on-premises servers with low impact on network performance.

Long-term benefits of edge computing
Hardware companies and their embedded software partners are even now hard at work developing chips that will travel, serve and last well beyond the reaches of our planet’s gravity. Healthcare systems that collect patient data like scans and X-rays at distributed locations are working to protect the security of the data and of the systems’ internal networks from intruders. The farther from our server farms our devices travel, the smarter and more robust our deployed devices need to be, the more capable of operating autonomously at the edges of our known world. And “farther” does not have to be far. Never forget that internet connectivity does break. Maybe not often, but when it does, it really hurts.

Meanwhile, closer to home within print infrastructure, we’re sorting out the proper relationship of edge to cloud.  Moving computation to the edge has the immediate dramatic effect of eliminating a lot of network traffic and speeding up what remains. If we can get data to the data center intact and in time, that should renew the useful applications of cloud computing. At a guess, those will lean more toward provisioning, managing and storing than to processing.

Even in space, we’ll still need 3D printers or whatever type of printing comes next.