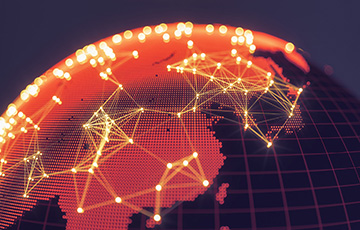 The GSMA APAC IoT Partnership Programme has expanded to include more than thirty mobile operators making it the largest IoT community in the Asia Pacific region (APAC), the GSMA announced today.

The programme brings operators and their partners together including developers, manufacturers and system integrators to share best practice, discuss challenges and progress updates on the development of IoT across the region. The initiative has seen 7 operators open 9 new IoT Labs in the region to help develop new IoT-based solutions. APAC has the largest IoT market in the world and is expected to reach 11 billion connections by 2025 and be worth $386 billion, according to GSMA Intelligence.

“The programme has doubled in size in less than a year and that is testament to the support, engagement and commitment of the mobile operator community who are collaborating closely with their partners to lead the expansion and growth of IoT across the region,” said Julian Gorman, Head of Asia Pacific, GSMA.

“This is now the largest cross-regional IoT community in the world and we are already seeing the impact it is having in terms of the development of new solutions. I look forward to seeing how it continues to grow in the coming years.”

Since launch in October 2018, the APAC IoT Partnership Programme has had an instant impact throughout the region, encouraging more than 120 companies such as IoT developers or solutions companies to work with operators. The programme has also supported the development, design and funding of 9 new IoT Labs throughout the region that is encouraging the development of new products. The IoT labs are a key mechanism for collaboration, encouraging the joint development of new use cases, services and applications that are enabling IoT innovations to be effectively deployed.

The programme has also held a series of workshops exploring key industry topics such as Mobile IoT, AI and 5G as well as offered capacity building for local regulators and stakeholders and provided best practice support.

Mobile IoT networks are being merged into 5G standards to support low latency, massive IoT and large bandwidth. Thirty-seven of the world’s 119 Mobile IoT networks are also deployed in Asia Pacific across 15 countries. China in particular has been a key market in driving early adoption, accounting for 40 per cent of the global LPWA connections in 2018.