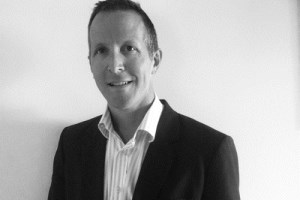 Crimes of opportunity depend on vulnerabilities. Fast advances in technology and the Internet of Things (IoT) create vulnerabilities. You would be forgiven if you thought you were powerless to protect yourself against the shapeshifting, anywhere-in-the-globe virtual muggers who just invite themselves into your lives through your IoT devices repeatedly and relentlessly.

So what happens when it’s not your home you are protecting, but it’s your Government protecting your country. We take a look into IoT cyber attacks and what can be done about it.

Cyber criminals; why are they doing it and what do they want?

A study by Symantec (2019) found that the most likely reason for an organisation to experience a targeted attack was intelligence gathering, which is the motive for 96% of groups. The rapid weaponisation of vulnerable services has continued as attackers take advantage of everything from smart home sensors to smartphones, routers, and even Apple software.

With a growing appetite for IoT devices globally, Governments, defence and intelligence agencies around the world are creating gaps with devices because there are simply very few ways to manage sprawling IoT devices and their data.

In 2018, 93% of malware observed was polymorphic, meaning it has the ability to constantly change its code to evade detection and over 50% of devices which got infected once were re-infected within the same year (2019 Webroot Threat Report). IoT is a weak link. As an ex-army officer Dan Pearson, CEO of Canopy Tools, has experienced war up close and is now on the front foot fighting the cyber war.

“Universally, cyber warfare is a game-changer” he says “By reaching into the enemy’s most secure networks through unsecured IoT, not only challenges operational capability but it also carries terrifying implications, it is devastatingly effective.”

Pearson and his team have used a military approach to developing software and products, he advises Government and defence departments to take action by deploying visibility software like Canopy Manage.

“We have recently launched a new evolution of Canopy Manage, capable of not only providing real time asset health, status and lifecycle but now using AI to identify abnormal pattern behaviour for intelligent security and data protection,” says Pearson. With DBS Asian Insights predicting that the IoT installed base will grow from 6.3 million units in 2016 to 1.25 billion in 2030, the battle to protect the world against the growing threat has really only just begun.