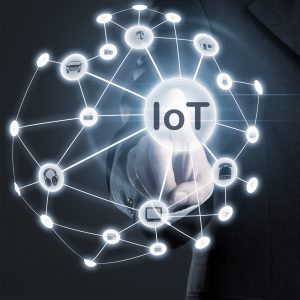 Vodafone Business’ 2020 IoT Spotlight report is focused on the impact IoT is having on businesses during the pandemic.

Vodafone has released their 2020
IoT Spotlight report, which focuses on the impact IoT is having on businesses
as they navigate the uncertain economic climate caused by COVID-19. They
surveyed 1,639 businesses across the world, asking how they use IoT and how it’s
helping them become future proof.

With shutdowns and workforce reductions the order of the day
because of the pandemic, businesses have had to react quickly to changes in
working practice and priorities, sometimes with only a couple of weeks lead
time. The report found that 77% of respondents increased the pace of their IoT projects
in response. 84% said IoT technology was crucial to maintaining business
continuity during these chaotic times. 84% also said worker/IoT device integration
was one of their highest priorities and 73% of respondents who are still
considering IoT adoption said the pandemic has sped up their deployment plans.

The report also found that IoT has not slowed down in generating value or ROI for adopters, and 87% said their core business strategy has improved as a result of IoT adoption. 95% said they have achieved a robust ROI and 55% have seen their operating expenses drop by an average of 21%. And 49% also reported an increase in employee productivity and 59% an improvement in customer experience.

“IoT has grown up. It’s no longer just about increasing return on investment or providing cost savings to businesses: it’s changing the way they think and operate. And it’s giving them an opportunity to re-design their operations and future-proof their business model. This research proves IoT is an essential technology for businesses that want to be resilient, more flexible, and quicker to adapt and react to change,” said Erik Brenneis, Internet of Things Director at Vodafone Business.

Fifty-nine percent said IoT was vital for their company’s decision making, and 84% said it helped them meet their sustainability goals. And 73% said they believe businesses that fail to adopt IoT will have fallen behind within five years.

Security has always been a prime concern for IoT adopters, but the report found only 18% it as one of their top roadblocks to adoption. 45% of those that have well-established deployments said they saw improvements in competitiveness and brand differentiation. Businesses that have adopted IoT believe that the advantages far outweigh the challenges of adoption.