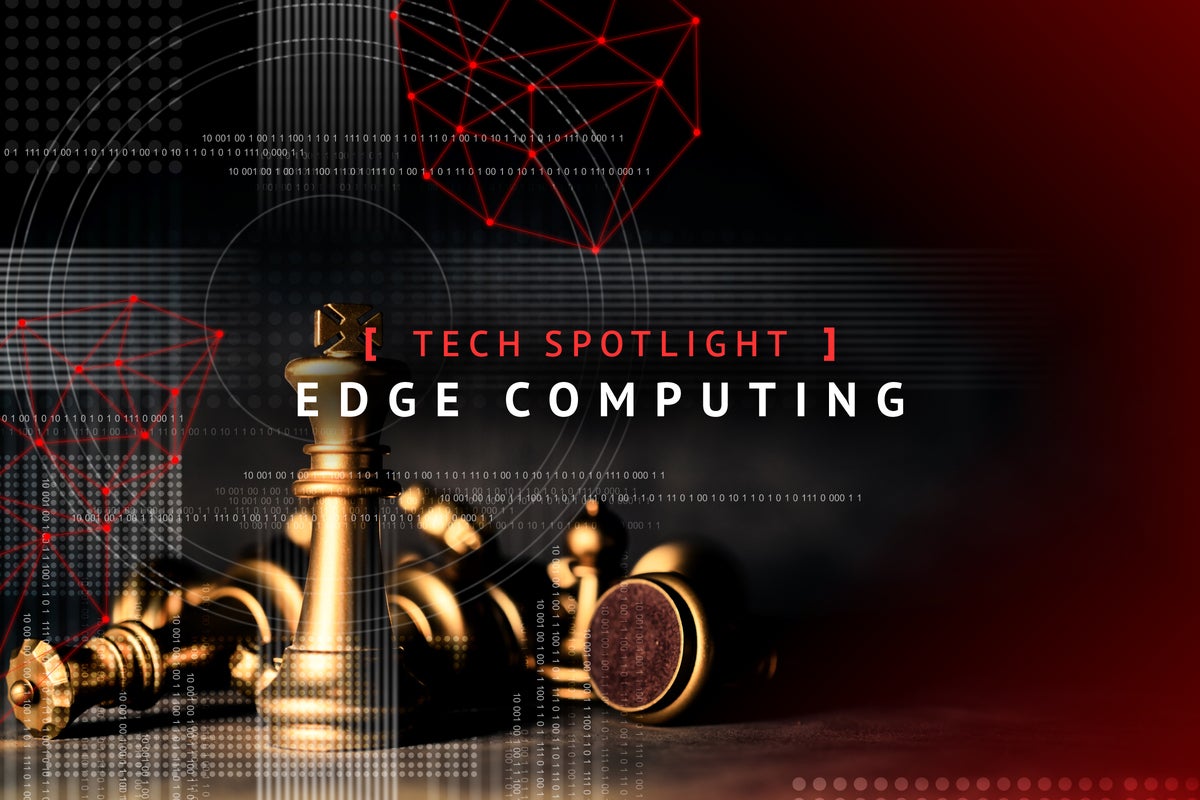 IT and OT (operational technology) have always occupied two separate worlds. OT concerns itself with the vertical, proprietary systems core to an organization — in manufacturing, healthcare, logistics, and so on — and the specialized knowledge required to run them. Over the years OT has tended to resist efforts to open up those systems and integrate them with IT, even in the face of new edge computing and IoT initiatives intended to bridge the gap. Either that, or lines of communication between IT and OT may simply never have been established.

Just ask CIO Satya Jayadev, who last year got wind that the OT side of high-performance semiconductor manufacturer Skyworks Solutions was looking to hire some technologists for its organization. Jayadev was curious. “We started to ask: What are you hiring them for? What are they doing for you?”  He wondered whether OT wanted to build its own analytics solutions without consulting IT, despite the fact that the analytics software already being used by IT would have worked just fine.

[ Beware the 9 warning signs of bad IT architecture and see why these 10 old-school IT principles still rule. | Sign up for CIO newsletters. ]

“We don’t want OT to reinvent the wheel. IT has already built the wheel,” Jayadev says. “As we started probing, we realized that there is so much commonality between what we’re doing and they’re doing.”

That commonality presents a big opportunity: Integrating OT and IT can both consolidate resources and, by instrumenting OT systems and plugging them into powerful analytics at the edge, deliver lasting value to the business. The potential is high, but CIOs face formidable challenges in establishing productive IT/OT relationships.

A tale of two cultures

The philosophical divide between IT and OT has deep roots. IT today stands for agility, scalability, and commodity infrastructure, whereas OT prioritizes precision, predictability, and ironclad security/availability.

Edge computing and the IoT — not to mention COVID-19-related production and supply chain disruptions — are already blurring the lines separating the two cultures. IoT devices bring a new level of monitoring and in some cases control over OT systems. Plus, the edge deployments to which those IoT devices connect promise a whole new arsenal of analytics capabilities to crunch the massive amounts of data being produced by OT equipment.

Yet many OT organizations see edge computing as duplicative and even potentially harmful. “Selling that value proposition [to OT] is very challenging,” says Jonathan Lang, IDC research manager for its Worldwide IT/OT Convergence Strategies research practice. “They already have legacy wired connections and industrial networking capabilities and SCADA [supervisory control and data acquisition] systems and control systems that serve their needs just fine.” OT leaders also believe that integrating new systems could threaten throughput and reliability, he says. Production requirements are changing rapidly, and equipment may need to be changed very quickly. “When IT starts meddling with their equipment, that translates into a loss in productivity,” Lang says.

Lexmark makes the case for edge computing in OT by framing related projects as “proof of value” rather than proof of concept. “If you make the focus about solving problems with a clear return, then you get a chance to have a seat at the OT table,” says Brad Clay, senior VP and chief information and compliance officer.  “Now with that said, it is important to understand that in the OT world they are always careful to fully understand the impacts to their processes before implementing any change.  This can make it seem as though they are not bought in, but you need to understand their perspective and timing to adopt changes.”

Today, 79 percent of global operational assets are connected to a network, up from 60 percent in 2016, according to a 2020 IDC survey of 1,014 manufacturers. Much of the remaining 21 percent of operational assets have no digital capabilities at all. “For that equipment, edge compute has the potential to both instrument and connect the asset in one swoop,” creating more efficiency and scalability, Lang adds.

CIOs can play a key role in fostering productive IT relationships with OT counterparts and take advantage of growing opportunities. But on the ground, circumstances are already pushing these two factions toward shared objectives.

The security risks of integrating IT and OT systems are real. When OT sensors and actuators begin communicating with back-end IT systems, new attack vectors for malicious hackers open — and must be addressed by IT and OT working together. “IT can infect and wipe out OT environments at-large and at speed, as seen with WannaCry and NotPetya,” says Christophe Blassiau, global CISO at Schneider. “OT and IT experts need to collaborate to protect plants and critical infrastructure.”

As for the rewards, both IT and OT leaders benefit from adding business context to all the data being produced by OT and captured by IT systems, an intensely collaborative effort with tangible benefit to the organization as a whole — one likely to be appreciated by upper management.

Today, according to the aforementioned IDC study, 37 percent of manufacturers report that IT and OT operations remain separate but report to the same executive leader, while 33 percent say that at least part of the IT organization is integrated with the OT organization, although executive leadership remains separate.

At Skyworks, “some parts of OT are now becoming part of IT,” specifically analytics, Jayadev says. COVID-19 caused supply chain disruptions and forced the company to increase throughput and minimize waste. According to Jayadev, “you can only do that if we bring that into IT and use powerful analytics tools to act on the data.” Beyond analytics, the OT and IT groups remain “extremely collaborative — I’ve been trying to bring them all under one process, not necessarily under one organization.”

In November, Skyworks created a council of about a dozen OT and IT leaders that now meets regularly to discuss OT problems and opportunities and to show how IT solutions that are already in place can help.  Jayadev also invited OT counterparts to the IT innovation council, where they can see what technologies are already in the works to solve OT needs. “Together, we are now solutions-shapers in this space,” he says.

Lang sees a trend toward hybrid “digital engineering” groups — part IT tech experts, part operations staff with domain-specific expertise — that can bring the best knowledge and context to a problem and apply technical skills in a meaningful way to operations.

These groups develop over time, he says, first as separate entities that collaborate on a particular project, such as funneling operational data to analytics solutions housed in edge computing nodes. But then they start to take on a more permanent structure and zero in on strategic, innovative technology deployments rather than ongoing maintenance and support.

“The key purpose of these hybrid groups is to start to build that relationship bridge and get more of that technical capability closer to the line of business, so later, when new capabilities come down the pipe, it’s not a two-year cycle [of adoption]. There’s this culture of innovation starting to be fostered,” Lang says.

Those groups usually fall under the COO or under operations, as opposed to under IT, but with a dotted line reporting structure to the CIO.  “A number of big companies are moving that way” in pulp and paper, automotive, and some process industries, Lang says. “They’re pulling IT technical skills into an operations-led group, as opposed to pulling operations folks into an IT-led group.”

The CIO and IT still have control of strategic architecture and the broad enterprise. But the key is embedding some insiders within operations as a way to develop that trust relationship, and start to build competencies for both sides, says Lang.

One of the strongest arguments for IT/OT integration is reduction of redundancy and waste. You don’t want to build or buy two sets of systems that do pretty much the same thing on both sides of the divide.

Lexmark knows this firsthand. The manufacturer has traced specific product failures, such as an ink fusion problem with a printer in Switzerland, all the way back to manufacturing to see how that function performed on the day the printer was made at a facility in China. But when retrieving such data, Lexmark also found an astounding level of redundancy.

Lexmark created a “digital thread” made up of a data lake and its associated platform — that allows a single data flow and an integrated view of data throughout its lifecycle across traditionally siloed functional perspectives. After normalizing the data, the amount of unique, related data shrunk to 60 terabytes.

Still, nobody is advocating abolishing one system in favor of the other anytime soon.

The SCADA systems run by OT require low latency and extreme high availability, which is unlikely to change. “So for many aspects of our operation we don’t see SCADA moving to the cloud anytime soon. Edge and cloud will be there, but SCADA will be used to perform actions, and edge could be used to provide analytics. It’s two different roads,” Jayadev says.

But there may be a tipping point where IT and OT capabilities merge. “Today there’s this IT wrapper around OT with all these great capabilities emerging, but they’re starting to overlap more and more. At some point, there will be no way to justify keeping these systems separate. Some leading companies maybe in five years will start to dabble in [OT in the cloud] for non-safety critical assets where it makes the most sense,” Lang says.

In the meantime, it’s all about building trust. “The idea is to gain that comfort and trust in both systems, so when the time comes to start flipping mission-critical functionality, that there’s a willingness to do it,” he adds.

“You have to be empathetic, understand their position, get them to understand your position, and meet in the middle to where you’re speaking the same language,” Clay says. “Finally, you have to get to a harmonized roadmap of investment where the investments you’re making in IT are being considered by the OT side” and vice versa.