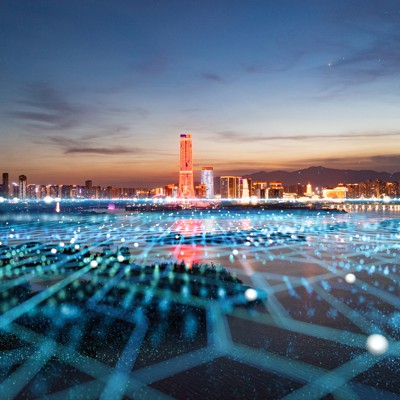 Edge computing has firm footing in smart cities, but the best deployment methods and roles are still being determined, an IDC researcher said.

The first is on-premise, where the compute infrastructure at the edge is deployed at an agency’s physical location, although it could be owned by the agency or a provider.

“A typical case, which is something that we see emerging, is a 5G deployment, where you have 5G private deployment,” Abdo said. He pointed to the partnership between Verizon and Amazon Web Services. Verizon 5G Edge and AWS Wavelength bring AWS compute and storage to the edge of Verizon’s wireless network. It is now available in 17 cities.

“This type of use case tends to be very latency-sensitive, meaning less than 10 milliseconds and in some cases maybe even a couple of milliseconds,” he said. “We believe this use case is going to be an initial driver for the option of edge services. It’s being targeted by 5G mobile operators as well as hyperscalers like AWS and Microsoft.”

The second use case is deployment at the telecommunications edge. This can be the 5G edge, the aggregation point of the 5G network or a fixed edge with fiber connectivity, Abdo said, adding that the latency won’t be as low as a private deployment because of geography.

“When we think about cloud compute, we think about scale. We think about massive amount of compute capacity that can be shared in a multitenant environment … across many, many, many enterprises so there is a huge amount of elasticity that takes place,” Abdo said. But edge computing requires small and expensive devices, so deploying them at scale raises concerns about performance and capacity, he said.

The third deployment model is around content delivery networks. “We are seeing a move by CDN providers such as Akamai [Technologies], Cloudflare and Fastly to use their points of presence — which are usually deployed as close as possible to user locations … for the distribution of video and web content — to use them as a base for developing edge use cases as well – what we call application delivery in the case of CDN,” Abdo said.

Cities face several challenges in executing these deployments. One is budgetary. Cities either need funding or must ensure a worthwhile return on investment if a service provider offers edge as a monetization opportunity, Abdo said.

Another challenge is the lack of employees savvy about edge technology, which is why Abdo said he thinks providers will emerge as attractive option for handling design, deployment and maintenance.

“This is a market that I believe is going to require significant amount of strategic partnership and collaboration across multiple players — anywhere from hardware players, software players, system integrators, service providers,” he said.

Overall, edge computing calls for a transformation of wireless-area networks (WANs) because connectivity will become increasingly important as more computing moves to the edge. Abdo also pointed to the software-defined WAN market, where there are increasing opportunities for deploying x69 CPE devices that he said are essentially becoming edge computing devices.

“The initial purpose of SD-WAN was to rationalize WAN connectivity, create better opportunities for how you connect to the cloud, as an example, less reliance on [Multiprotocol Label Switching], but that’s changing with this emergence of web services where that CPE device could become a mini data center for driving additional use cases,” he said.

Panelists at the conference agreed that edge computing is necessitated by the emergence of the internet of things because processing power must be located near connected devices. The question now is how much infrastructure must be deployed in close proximity to ensure low latency.

“Smart cities are predicated on the development of advanced intelligence and automation applications, which depend on unfathomably vast amounts of data, most of which needs to be processed with ultra-low latency,” John Cowan, chief executive officer and cofounder of EDJX, wrote in an email to GCN. “It’s not a matter of edge computing…. It’s a matter of whether we can deploy enough compute and storage to meet the tsunami of demand.”

Stephanie Kanowitz is a freelance writer based in northern Virginia.