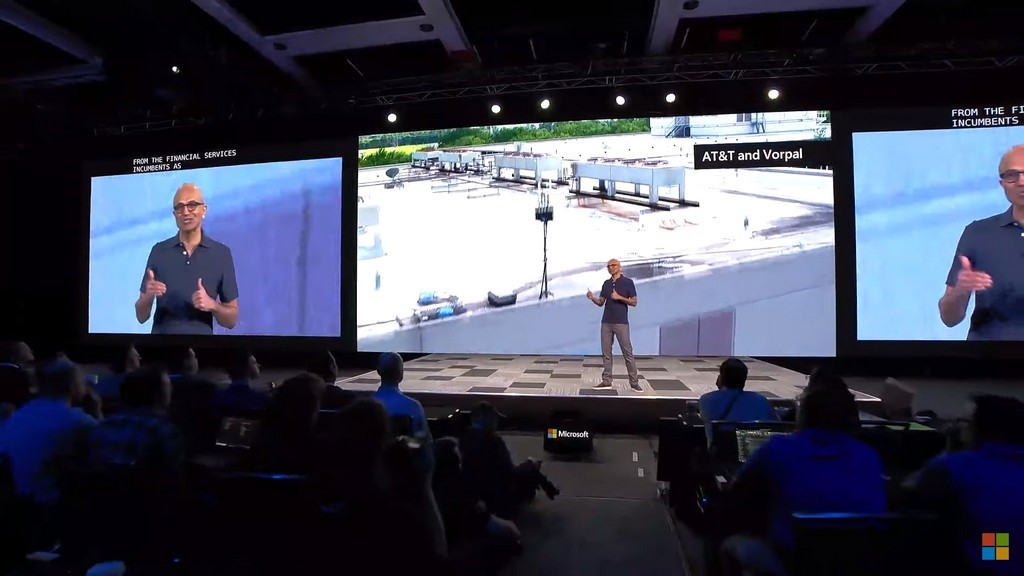 It was announced in February at Mobile World Congress in Barcelona and later, in May, at Microsoft Build 2019 in Seattle: an airborne drone sensor system linked to a traffic management and incident response platform called VigilAir using Azure Stack along with AT&T’s infrastructure. AT&T calls this model “Network Edge Compute” (NEC, no relation to Nippon Electric), and recently touted the model’s ability to boost performance and reduce latency by moving compute resources to the edge of the network. (The AT&T marketing materials for the project imply that it’s core goal is to apply 5G and edge computing to improve VigilAir’s performance, however, after this article was first published, AT&T spokespeople said that the test did not use 5G, relying instead on 4G/LTE wireless infrastructure. A February blog post on the company’s website is titled “AT&T and Microsoft Test Network Edge Compute to Enhance 5G for Business,” and a June post about the same project is titled “For 5G and Edge, the Sky’s the Limit.”)

In an exclusive interview with Data Center Knowledge, Jeff Shafer, AT&T’s assistant VP of product management for edge solutions, revealed one detail that edge computing specialists may not have seen coming: The network edge that AT&T has in mind today is not, as he put it, “a little micro data center at the base of every cell tower.”

“There’s reasons why that doesn’t work,” he said. “It sounds good in theory, but in practice, it doesn’t work.”

To read this free article in full, please fill out the form below: