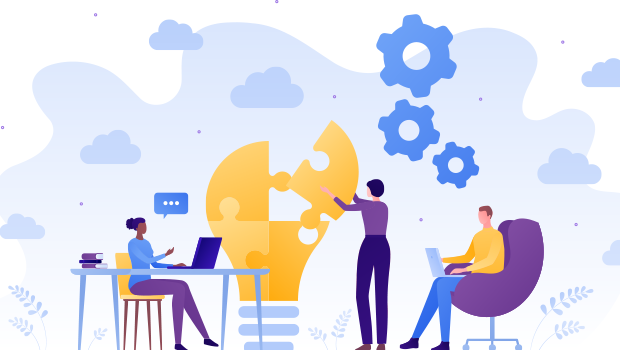 One unscientific way to track an IT trend’s growth: Keep tabs on hiring and recruiting. When a term seems to become a job market unto itself – DevOps is a fantastic recent example – it’s probably got staying power.

Plug the term “edge computing” into sites like LinkedIn, Glassdoor, or Indeed and you’ll get a mix of different IT roles and titles, most of which don’t actually include the term “edge” in the title.

That makes sense since edge computing is more of a distributed computing architecture than it is a job title. But like with some other big terms before it – DevOps (again) and cloud come to mind – it seems destined to eventually make its way into more job titles, a la “edge architect” or “edge IoT developer.”

Regardless, edge computing strategies will most certainly inform more hiring plans in the future – which means new opportunities for IT pros with the right skills. It’s already happening today.

And like cloud, edge is becoming an IT domain that transcends industries – meaning IT pros can take their edge skills with them to all kinds of different organizations. Nelson notes that two of the other major IT trends of late – IoT and AI/ML – enable organizations in almost any sector to collect, process, analyze, and act on data in virtually any environment.

“Any company with multiple locations and data sets that can be mined for trends can deploy intelligence at the edge for gain,” Nelson says.

[ Related read: Edge computing: 3 ways you can use it now. ]

Those companies will need IT pros well-suited for solving the specific challenges that come with edge architectures, such as unique hardware, harsh environments, or intensive security requirements. Indeed, edge computing depends on similar skills required of other IT environments, just with new or additional challenges.

5 skills for a job in edge computing

With that in mind, here are five skill categories that will likely be in growing demand in edge computing environments going forward. (These categories are organized logically but specific skills often overlap them.)

While low-code platforms appear likely to grow in popularity in edge environments, that won’t eliminate the need for people with sharp software engineering and architecture skills.

“If you want to work on the edge, you have to have really good programming skills because you usually have to optimize your code for specific hardware to make it run efficiently,” says Ryan Ries, practice lead for data, analytics, and machine learning at Mission Cloud Services.

That’s one of the fundamental decisions at the edge, as in hybrid cloud as well: Where should the data live? An overarching appeal of edge architecture is low latency and the ability to process data as close to where it’s collected and used as possible. But that doesn’t mean you automatically keep everything at the edge.

As Red Hat technology evangelist Gordon Haff told us recently: “The idea is that you often want to centralize if possible, but keep decentralized as needed.” Organizations with growing edge footprints need people good at making those choices.

“The edge requires you to think about your data and how you want to handle it,” Ries says. “Do you try to compress it and send all of it to the cloud, or do you run processing at the edge to only send part of it to the cloud since you could be bandwidth limited?”

From a programming standpoint, edge environments also require developers who are good at ensuring their code will run well on unique hardware or in conditions that won’t likely be ordinary.

“Often when working on the edge, you might be working on specialized hardware like FPGAs that require significant code architecting to make everything work,” Ries says. That can mean specialized programming skills: “Back in the day, you used to know how to code in Verilog or VHDL – but now people have started to write translators in Objective-C to help people use FPGAs that don’t know these languages.”

[ Related read: Top 4 skills to be a cloud-native developer. ]

Building and updating applications for remote sites with resource constraints and specialized infrastructure may require different design and/or architecture thinking than when developing for conventional data center or cloud environments.

“Edge computing demands a more pragmatic approach to application design as well as deployment and management, similar to the infrastructure complexities,” says Nelson from Insight. “Efficient data processing and data movement at the edge is a requirement.”

If you’re an IT networking veteran looking for a new challenge, the edge could be it: The remote nature of many edge environments requires serious networking and connectivity skills, adapted for new requirements.

“Due to the remote or isolated nature of edge and IoT, networking is almost always a deployment challenge,” Nelson says. “Solid modern networking skills are necessary to design and deploy LAN, wireless, and WAN/Internet in a cost-effective and reliable manner.”

Wireless networking skills are especially useful, Nelson adds, since many edge sites are not radio-frequency (RF) friendly. Issues like electrical interference are common in manufacturing and industrial settings, for example, and signal coverage can be problematic in remote settings like an oil field or agricultural site.

Emerging networking technologies such as Bluetooth Low Emission, LORA, and ZigBee will also likely see growing adoption at the edge.

Networking skills will be in demand because connectivity matters both at the edge and to ensure data can travel back to the cloud or data center – without it, edge strategies will be DOA.

“Without reliable networking both at the remote site and back to any central location, the data from the edge cannot be monetized,” Nelson says.

When the networking is good enough, then it’s good enough – remote compute and storage isn’t as pressing of a need because the data is going back to a centralized environment. But when low latency is a critical requirement – and that’s one of the essential purposes for edge computing – organizations will need to be able to deliver the necessary infrastructure resources on site.

AI workloads with large datasets, for example, or applications that require near-real-time feedback loops may be better served on-site – which means they need compute, storage, and other resources to run properly. Nelson notes that edge infrastructure can require capabilities that fall outside of the typical data center or cloud engineer’s experience.

“Managing edge compute at scale can be very different than traditional data center management,” Nelson. “Thousands of devices across hundreds of sites with little to no onsite staff can be daunting.”

As Haff from Red Hat notes, you can’t usually send a help desk pro out to the edge every time one of those devices needs maintenance. Automation and consistency are crucial in a large edge environment; Haff’s colleague at Red Hat, technical evangelist Ishu Verma, says this is a reason for pushing standardized technologies and processes out from the core or centralized cloud to the edge.

Nelson says that low-touch and zero-touch operations – including the use of digital twins for management – will also grow in popularity at the edge. Storage and data protection at the edge can pose similar challenges to compute, such as unique power and heat characteristics, remote management, and specialized hardware.

IT pros who are willing and able to adapt deep data center experience for these and other challenges might find a significant new career opportunity at the edge.

Some of the same (or at least similar) skills that are in high demand in cloud environments – containers, orchestration, platform engineering, etc. – will also be needed in edge environments. Again, standardization and consistency at the edge will be key.

“The scale of edge deployments mandates efficiencies when it comes to the platform design,” Nelson says. “Reducing all the complexity possible at the platform layer is very important.” This includes things like standardizing on a single OS and leveraging tools and technologies that enable consistency and automation across a diverse, distributed edge footprint.

Containerization, microservices, and infrastructure-as-code (IaC) are all important here; Nelson says virtualization will also be common at the edge. Speaking of consistency and automation, Kubernetes is also a likely choice for edge computing; as Haff from Red Hat has written previously, it’s not just for server clusters or clouds. Moreover, it can be a big piece of pushing consistency out from the core environment to the edge.

Expect this to be an area where cloud platforms and providers deliver more managed options for running edge workloads as well.

It may be last on our list, but these aren’t ranking of importance. In fact, Nelson and other experts argue that edge security will be of paramount importance – which means security pros will be in demand, too.

“Edge computing’s biggest challenge is securing the infrastructure, workloads, and data appropriately,” Nelson says. “The surface area of an edge solution is significantly larger than most other enterprise applications.”

Even if you’re not a security practitioner, security knowledge and skills will be sought-after for edge-focused IT pros. And like with each of the preceding categories, some adaptation may be required for the particulars of an edge environment.

“Security knowledge is a must-have skill for a career in edge computing,” says Shankar Somasundaram, CEO at Asimily. “It can be tricky – ‘edge security skills’ means having an ability to shrink, or narrow down, security capabilities to a very small footprint. This requires a knowledge of not only cybersecurity but also embedded operating systems and an understanding of how to optimize for limited processing compute.”

Indeed, security at the edge may inevitably require some combination of the above skills – someone who understands threat detection and knows how to design and implement remote compute. Somasundaram uses the connected car as an example use case.

“Some level of security capabilities reside within the car, but the processing capabilities of those processors are very limited,” Somasundaram. “So, detecting any anomalous behavior within the car requires a skill set that includes not only an understanding of anomaly detection but also the ability to shrink it down to run on low compute.”

Nelson leaves us with this parting advice on edge security: It will be far more effective when it’s built into edge deployments from the start, and much (much) harder to do if it’s retrofitted or added later. This should ring familiar for IT leaders who are already running hybrid cloud environments, containerized applications, and so on.

“Security needs to be built into every layer of the edge deployments, from the networking layers all the way up to the application,” Nelson says.