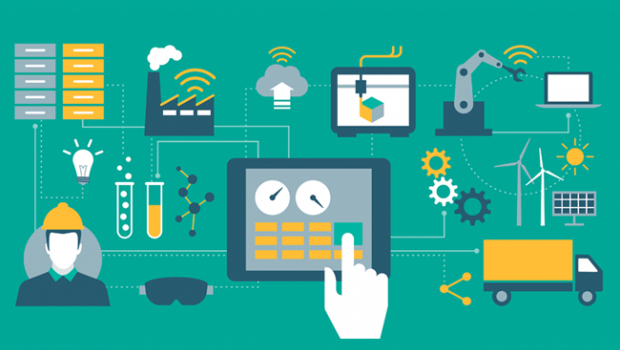 Given the relationship between edge computing and IoT, it’s unsurprising that the industrial sector – which spawned its own IoT sub-category, aka Industrial IoT (IIoT) – is ripe with edge computing use cases.

The industrial sector – which we’re using here as a broad term for businesses like manufacturing and energy (think heavy machine manufacturing and power plants, for example) – actually had a head start on the edge concept: Industrial SCADA systems. In short, these are local, isolated control systems responsible for all manner of critical industrial and other processes on-premises. You could think of these as precursors of modern edge architecture.

“Industrial SCADA is a form of edge and has been around for 30-plus years in some fashion,” says Andrew Nelson, principal architect at Insight. “Most facilities will have some isolated control system in place today.” In fact, they often have multiple such systems and processes – and edge computing deployments are increasingly likely to either augment or even replace them.

Industrial settings themselves are fundamentally edge locations – meaning they’re usually far from a centralized data center or cloud – and so they’re a natural fit for growing edge adoption. An oil and gas rig in the middle of the ocean? That seems to meet anyone’s definition of “the edge.”

On that note, the industrial sector deals with inherently difficult sites: Nelson points out that edge computing use cases overlap with other contexts such as warehousing or logistics, but often involve more hostile environments.

All of this makes the industrial sector a good one to look at in terms of edge use cases. How are industrial CIOs and other IT and business leaders actually thinking about and implementing edge infrastructure and applications?

“On the one hand, sensor data – often filtered and aggregated – flows from the operational/shop floor edge level towards the core,” Haff says. “On the other hand, code, configurations, master data, and machine learning models flow from the core – where the development and testing happen – towards the factory.”

This has a lot of bearing for edge strategy across various industries. The edge-to-core stream is where IT leaders need to decide what needs to actually live at the edge, and what can or should be kept in a centralized cloud or data center.

“The idea is that you often want to centralize if possible, but keep decentralized as needed,” Haff says. “For example, sensitive production data might not be allowed to leave the premises or you need to protect your running industrial processes from any outages related to network problems outside the factory.” (The latter is a big part of the SCADA connection – in many industrial settings, unexpected downtime is not an option.)

The core-to-edge stream is largely about operational sanity and efficiency. As with edge architecture in general, you can’t expect to send out a human IT pro every time you need to update a configuration or patch a system at an edge location. In the industrial sector, Haff says, there might be hundreds of plants with thousands of running processes: “Automation and consistency are key,” Haff says.

Ishu Verma, technical evangelist at Red Hat, adds that the core-to-edge stream is how organizations can extend the same practices and technologies they apply in the cloud or on-premises to their edge nodes as well, even in the harshest of industrial settings.

Edge computing in manufacturing and energy

Within those bidirectional streams, here are four examples of how industrial organizations are using edge computing.

Those traditional SCADA and other control systems are like the monolithic or legacy applications in many other sectors: Important, but not particularly easy or flexible to work with in the modern environment.

“The traditional SCADA and control system infrastructure tends to be closed and vendor-specific,” Nelson says. “An IoT/edge deployment can help with real-time operations in a single pane of glass rather than jumping between systems.”

“Many industrial facilities will have multiple control systems that may or may not integrate. The IoT/edge use case can pull data across systems and correlate events and predict failures.””

Monitoring and predictive maintenance are good examples within this category: The sensors and instrumentation in a plant can be used for real-time operations and help industrial operators better plan for when critical maintenance and other work will be needed. That was more difficult in the past because of data silos – a familiar challenge for CIOs in many businesses.

“Many industrial facilities will have multiple control systems that may or may not integrate,” Nelson says. “The IoT/edge use case can pull data across systems and correlate events and predict failures.”

Latency – as in, reducing or eliminating it – is one of the major drivers of edge computing strategy. This is particularly true for AI and machine learning applications, as well as other forms of automation that require data – and lots of it – to be effective.

That can become problematic in the context of that first stream Haff from Red Hat described above: sensor data flowing from the edge towards the core.

“I’ve seen situations in manufacturing facilities where there is ‘too much’ data to go from a robot on the floor, through the local network, and then all the way to the cloud and back,” Sathianathan says. “That’s no good, because, as manufacturing CIOs know, decisions must be made instantly to be effective.”

If latency is a problem, then actual downtime is a complete killer – especially in industrial settings (where a data outage or network issue could, say, shut down a gas pipeline) and related segments like manufacturing.

While some downtime is usually acceptable in standard IT environments, that’s simply not the case in manufacturing. The costs of halting production lines because edge applications are faltering can be hundreds of thousands of dollars per minute—there just isn’t room for error.

Keeping necessary data at the edge will be an enabler that pairs edge computing with AI/ML use cases and minimizes the “too much data” scenario Sathianathan described.

There is a big push for monitoring energy use and controlling load in both manufacturing and industrial applications,” Nelson from Insight says. “In the industrial space, there are massive savings simply powering down or metering electrical load during peak times.”

In fact, rising energy consumption and costs in industrial organizations is a big enough issue that it was the subject of a 2021 conference presentation and paper: An Energy Management System with Edge Computing for Industrial Facility.

It’s not exactly a breezy beach read, but CIOs and other IT leaders can certainly appreciate its bottom-line point: Designing an edge application that can automatically adapt and optimize energy consumption based on fluctuating prices could be a use case that truly moves the needle.

“Reducing the cost of electricity has become an urgent problem to be solved,” the report’s authors write. “Meanwhile, remote monitoring of connected devices and the intelligence pushed to the edges of the monitoring devices becomes critical in industrial IoT.”

You’ll see a pattern here: industrial edge/IoT use cases feed off of the massive number of sensors and other machines in these environments. But it’s not just about machines – it’s also about people. Nelson says that the industrial edge has significant employee safety and site security possibilities as well.

“Tracking employees and contractors and alerting when they are not where they are supposed to be working is a big deal” for safety and security, Nelson says.

Like many edge applications, this is a category that typically involves or integrates with other technologies (like AI/ML). It’s also one where seemingly lo-tech devices – the ubiquitous employee ID badge, for example – can get a modern makeover.

“Computer vision, RFID, and BLE all can be leveraged in this use case,” Nelson says. “Tying into building security badge readers and security cameras is a useful integration.”

Or try on another universally recognized safety item for size, one that predates edge, cloud, and, well, digital computing as we know it: the hard hat.

“They make hard hats with sensors built in that can be tracked through WiFi access points for this use case,” Nelson says.