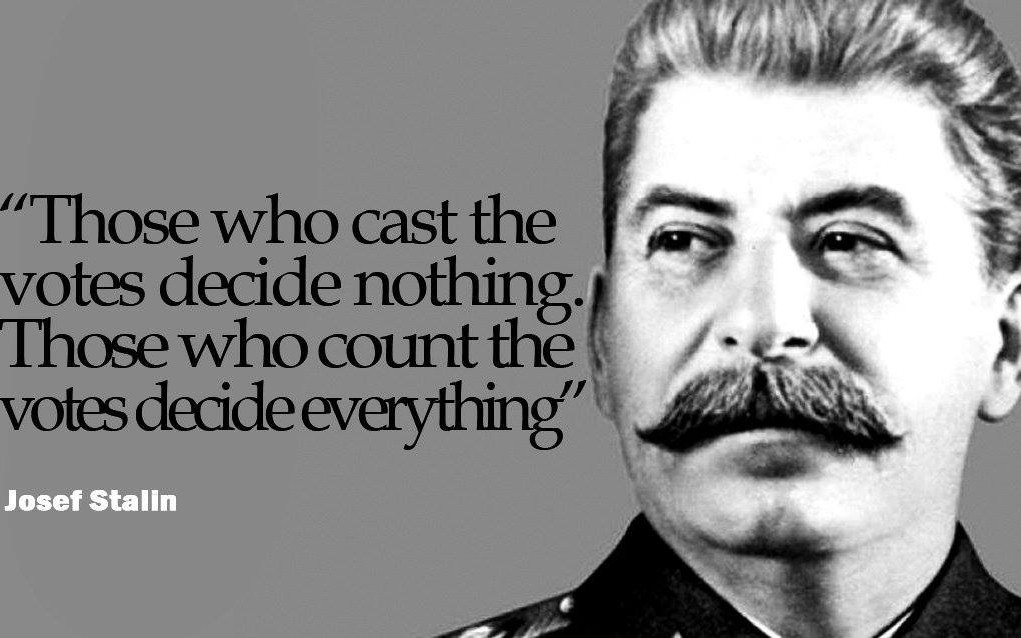 Securing Democratic Elections using cryptography, is actually very easy. In fact, what I am describing in this article, is really nothing but “blockchain for Democracy”. But since we’re all coders here, let me start with some simple pseudo code.

This results in that individual votes becomes impossible to change, edit, or delete – Without the chain as a whole invalidating. The same way that blockchain and BitCoin prevents a user to simply “insert a fake transaction”, the above ridiculously simple algorithm makes it impossible for a user to “insert a fake vote” (or edit, change, and delete an existing vote for that matter).

In these days, democracy is being pushed to the test. There’s no denying that, regardless of what you think about COVID19, Trump, Boris, or mail fraud for that matter. I will not give you my opinion about any of these subjects, simply because what’s actually important here, is YOURS!

I have implemented a system that implements the above algorithm, I refer to my system as AnarQ. In fact, you can find a Norwegian installation of the system below.

The above installation is only for Norwegians, so I don’t allow non-Norwegians to register. But the system is easily localisable into any language you wish, and the core of the system has already been translated to English, which you can verify if you click the flag in the top right corner, and choose English as your language.

I don’t mean to brag, and in fact I’m not doing that, but I literally created the above system in a couple of weeks during my holiday, as I was switching from one employer to another. Hence, there are absolutely no reasons why we should even debate the security of online voting anymore. Simply because the above algorithm results in something peculiar, which can only be understood by quoting Joseph Stalin.

Him who cast the vote have no power, him who counts the votes have all the power

Well Mr. Stalin – My system allows for the one who cast the vote to also count the votes. Touche! 😉

Basically, that’s what it’s all about – Who counts the votes. The above simple algorithm easily lends itself to cryptographic audits, having the United Nations, or some other independent 3rd party organisation perform an audit of individual cases. In addition, it also allows the individual voter to also audit his personal vote, and the votes as a whole. And most importantly (duh!), it allows for “We the People” to take back control over our own Democratic process. I assume few here are willing to argue against that, simply since the system allows for anyone to suggest a case, and having the people vote over the case. And this was the intentions with Democracy, the way the Ancient Greeks implemented it in Athens, some 2.500 years ago.

Psst, watch me demonstrate the thing in the video below …