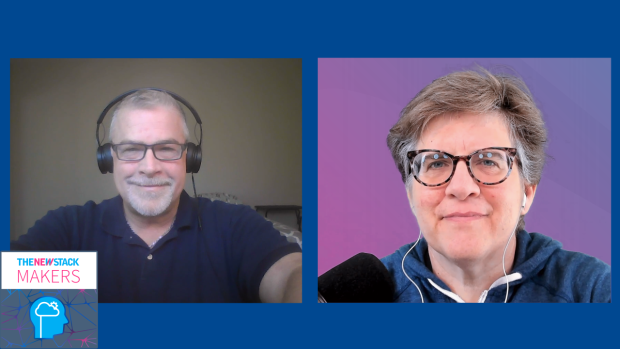 Let’s say you’re a passenger on a cruise ship. Floating in the middle of the ocean, far from reliable Wi-Fi, you wear a device that lets you into your room, that discreetly tracks your move from the bar to the dinner table to the pool and delivers your drink order wherever you are. You can buy sunscreen or toothpaste or souvenirs in the ship’s stores without touching anything.

If you’re a Carnival Cruise Lines passenger, this is reality right now, in part because of the company’s partnership with Couchbase, according to Mark Gamble, product and solutions marketing director, Couchbase.

In Carnival’s case, Gamble said, “they run an edge data center on their ships to power their Ocean Medallion application, which they are super proud of. They use it a lot in their ads because it provides a personalized service, which is a differentiator for them to their customers.”

In this episode of The New Stack Makers, Gamble spoke to Heather Joslyn, features editor of TNS, about edge computing, 5G, and Couchbase Capella, its Database as a Service (DBaaS) offering for enterprises.

This episode of Makers was sponsored by Couchbase.

The goal of edge computing, Gamble told our podcast audience, is to bring data and compute closer to the applications that consume it. This speeds up data processing, he said, “because data doesn’t have to travel all the way to the cloud and back.” But it also has other benefits

“This serves to make applications more reliable, because local data processing sort of removes internet slowness and outages from the equation,” he said.

The innovation of 5G networks has also had a big impact on reducing latency and increasing uptime, Gamble said.

“To compare with 4G, things like the average round trip data travel time between the device, and the cell tower is like 15 milliseconds. And with 5G, that latency drops to like two milliseconds. And 5G can support they say, a million devices, within a third of a mile radius, way more than what’s possible with 4G.”

But 5G, Gamble said, “really requires edge computing to realize its full potential.” Increasingly, he said, Couchbase hears interest from its customers in building “offline-first” applications, which can run even in Wi-Fi dead zones.

The use cases, he said, are everywhere: “When I pass a fast food restaurant, it’s starting to become more common, where you’ll see that, instead of just a box you’re talking to, there’s a person holding a tablet, and they walk down the line, and they’re taking orders. And as they come closer to the restaurant, it syncs up with the kitchen. They find that just a better, more efficient way to serve customers. And so it becomes a competitive differentiator forum.”

As part of Couchbase’s Capella product, it recently announced Capella App Service, a new capability for mobile developers, is a fully managed backend designed for mobile, Internet of Things (IoT) and edge applications.

“Developers use it to access and sync data between the Database as a Service and their edge devices, as well as it handles authenticating and managing mobile and edge app users,” he said.

Even for workers in remote areas, “eventually, you have to make sure that data updates are shared with the rest of the ecosystem,” Gamble said. “And that’s what App Services is meant to do, as conductivity allows — so during network disruptions in areas with no internet, apps will still continue to operate.”

Check out the rest of the conversation to learn more about edge computing and the challenges Gamble thinks still need to be addressed in that space.

Heather Joslyn is features editor of The New Stack, with a special interest in management and careers issues that are relevant to software developers and engineers. She previously worked as editor-in-chief of Container Solutions, a Cloud Native consulting company, and as…

TNS owner Insight Partners is an investor in: Pragma, The New Stack.

THE NEW STACK UPDATE
A newsletter digest of the week’s most important stories & analyses.