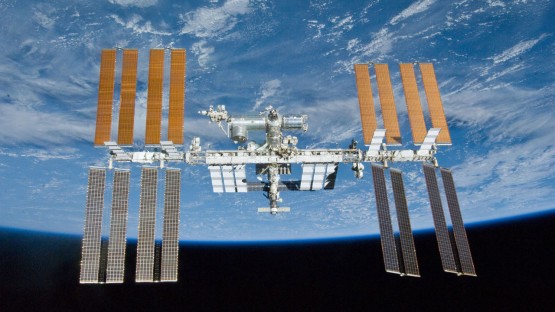 If deep space exploration is to become a reality, humans will need to be as self-sufficient as possible. Since ordering supplies from Earth won’t be practical, the astronauts will have to fabricate their own components for equipment and other products through additive manufacturing, better known as 3D printing.

But the challenges for “Earth-independent manufacturing” are as vast as space itself. The lack of gravity, differences in time and spatial scales, and radical changes in temperature could all stymie the process, resulting in wasted material and unusable parts.

Those challenges may be overcome thanks to modeling software created in the lab of Derek Warner, professor of civil and environmental engineering in the College of Engineering, and successfully tested aboard the international space station as part of a collaboration between Cornell, Hewlett Packard Enterprise (HPE), NASA and the ISS U.S. National Laboratory.

The experiment, conducted on Jan. 1, was part of an ongoing effort to demonstrate the functionality of the HPE Spaceborne Computer-2, which was launched to space in Feb. 2021 and installed on the space station as the first commercial, state-of-the-art edge computing system with artificial intelligence capabilities. The new edge computer enables real-time processing of massive amounts of data in space, eliminating the long latency issues, and the waiting, associated with relaying data back and forth to Earth.

For the last year, astronauts have been running a range of data-intensive experiments on Spaceborne Computer-2, from processing medical imaging to DNA sequencing. Additive manufacturing was a prime candidate for testing because it is “absolutely critical to the things NASA wants to do with deep space exploration and going to Mars,” according to doctoral student Terrence Moran, who designed the Cornell software.

But even on solid terrestrial ground, 3D printing can be a fickle process full of trial and error, even for experts who have decades of experience with the technology. Those problems are only compounded in the unforgiving environment of space. After all, the most common form of 3D printing is powder bed fusion, in which powder is layered on a substrate and bonded or melted, which requires gravity. But there are also regular hiccups with the process itself.

“Let’s say you’re in space and you need a part,” Warner said. “If you just were to draw the part or upload a CAD file to your 3D printer and press print, it probably won’t work, just because 3D printing isn’t at that level of maturity. You would need to adjust the printing process and the parameters, so it will come out successful and you won’t waste your material.”

The Cornell Fracture Group, which Warner leads, specializes in conducting scientific and engineering research to better understand and predict the deformation and failure of structures. With that expertise, Moran developed a modeling software that can simulate how the 3D printing process will play out for a desired component and whether the result will be high or low quality.

“Previously, this was computationally infeasible due to discrepancies in time and spatial scales and high thermal gradients,” Moran said. “So we developed the software with a physics-based model, made it portable, and uploaded it to the ISS. It was successfully run and the results were consistent with the results we’d done during our research. The timing and everything were the same.”

In essence, the modeling is a form of virtual printing, one that promises to save time, material and, in combination with Spaceborne Computer-2, digital bandwidth. Not only will the software benefit deep space engineering; it could be an asset much closer to home.

“One of the allures of 3D printing is that you can manufacture locally,” Warner said. “So the neat thing about this is that, while space might be the most extreme environment, for the military or on oil rigs or other places, there’s also going to be a need for doing the same thing. This demonstrates that it’s possible.”