We live in a world of unprecedented interconnectivity. But while technology continues to develop exponentially, so do the tools available to those keen on accessing your personal information.

Back in 2016, the ‘Gooligan’ malware attack infiltrated over one million Android devices with the aim of accessing users’ Google accounts. It’s estimated that the hackers responsible for the chaos were making as much as $500,000 per month by exploiting access to the infected phones.

Moreover, according to Statista, Android is the most vulnerable operating system: 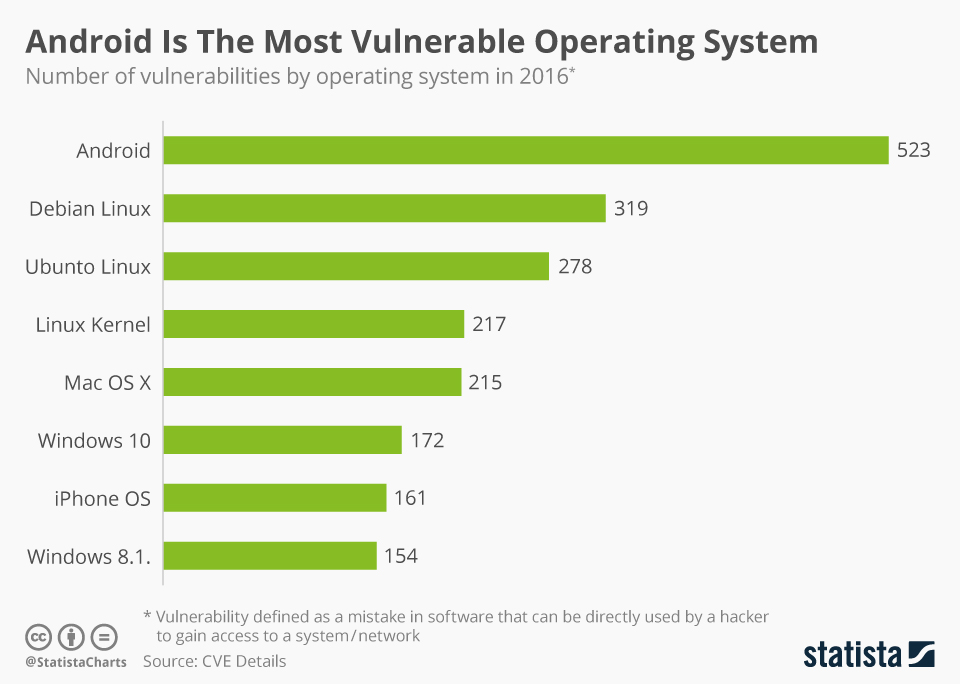 Today, hackers are not only driven in accessing your personal data, but also as a means of exploiting your phone’s processing power to mine cryptocurrencies like Bitcoin and Ethereum.

It’s hard to imagine life without our smartphones, and it’s even more difficult to recall what the world was like before such clever devices hit our shelves. Nowadays, we’re used to letting our phones memorize our banking information, passwords, every conversation we have, and all the photos we take. It’s feasible that we’ve collectively let our guards down at a time when we should be more concerned than ever at the masses of information about ourselves that we’re stockpiling on our phones.

Considering a recent revelation, some of the US carriers are still selling your real-time location data; the concern for privacy and security is far more than genuine.

Luckily, as the technology built to threaten our security becomes more powerful, so do the tools we have to keep our phones safe. Here, I take a look at why it’s never been more important to keep your smartphone protected from intruders and explore the most effective ways of ensuring your privacy.

The Case for Better Defence

It almost feels like second-nature to ensure our computers and laptops are fit, healthy, and free of any potentially compromising malware. Our smartphones’ regularly maintained operating systems coupled with dedicated app stores give the impression that our mobile devices are much safer than their more traditional computing counterparts.

Writing for CNET, Alfred Ng states that the data on our smartphones are now coveted even more than that on our laptops. A rise in trojan apps has sparked fresh fears over how safe our personal information really when stored on mobile devices.

Dark Caracal was an effective malware campaign that found its way onto thousands of smartphones across 20 countries worldwide after posing as popular applications like WhatsApp and Signal on Apple and Android app stores. The trojan apps then allowed hackers to take photographs, retrieve location information and even capture audio clips without the handset owners even being aware.

“This is a very large, global campaign, focused on mobile devices. Mobile is the future of spying, because phones are full of so much data about a person’s day-to-day life.”

The versatility of modern smartphones makes them all the more appealing to attackers. While we primarily concern ourselves over the safety of our personal details like pictures, conversations, and passwords — potentially dangerous insight into our current location, banking credentials, and confidential employment information could also be up for grabs. There’s even a rising number of mobile users falling foul to having their device secretly turned into mining hardware for cryptocurrencies.

With the threat of having our personal information compromised particularly rife today, it’s refreshing to see that there are plenty of measures we can take in order to stay safe whilst using such intuitive technology.

The number of mobile devices with mobile security software installed grew from 325 million units in 2013 to 1.3 billion in 2018. 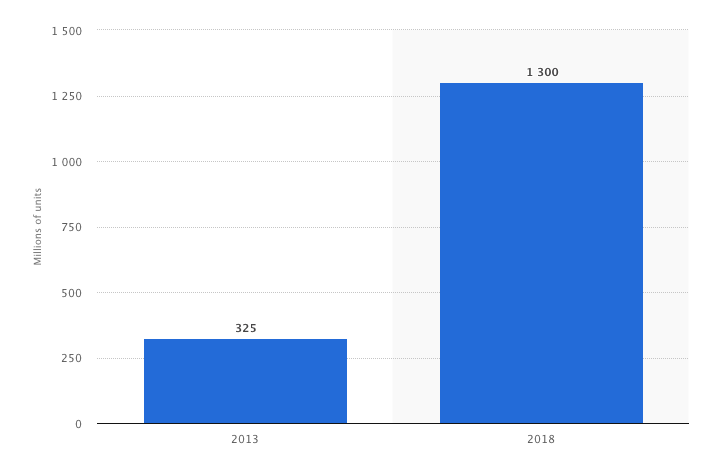 There’re mobile networks like Irbis Network (SafeCalls) are built on decentralized blockchain systems to ensure safety. Featuring “Fake Caller ID” and “Change of Voice” functionality in a bid to fend off hackers, snoops, or prying eyes is remarkable.

Alternatively, there are lots of small but practical precautions you can take in ensuring your phone’s sensitive information stays private at all times.

Double checking each app you want to install is vital in making sure your device remains malware free, while enabling functions like Find My iPhone for iOS users will help you to ensure that your handset doesn’t leave your side for too long.

Think twice before joining an open Wi-Fi network when out and about — they make for useful doorways for hackers to gain access to your smartphone.

For added peace of mind, there are also some great security-based apps that iOS and Android users can download. Services like Avira Mobile Security and McAfee are available for free on their respective app stores and can play a pivotal role in figuring out whether your delicate information has been compromised.