Smart glasses have been around from a while in various configurations from the infamous Google glasses to the equally hyped Snapchat Spectacles, and a range of glasses that offer private audio through bone conduction. As glasses become thinner and more wearer friendly, they come with a growing range of services. Earlier this year, Vuzix, a leading supplier of smart glasses and Augmented Reality technologies and products for the consumer and enterprise markets, announced a partnership with speech to text translation platform, Zoi Meet, the first partnership of its kind in the world.

The Zoi Meet real-time language subtitling app supports up to 12 languages including English, Spanish, Portuguese, German, French, Italian, Dutch, Arabic, Chinese (simplified), Japanese, and Korean. The transcription service leverages proprietary voice to text and language translation algorithms developed by Zoi Meet that have been customized and integrated into the Vuzix Blade. Zoi Meet’s founder also founded Travis®, where more than 200,000 Travis® pocket translators have been sold to date to individuals requiring language translation for work or while traveling.

I’ve tested Vuzix Smart Glasses here in Europe (once they are available with prescription lenses, I’m in!). but I was interested to learn more so I spoke to Kevin Oranje, CEO of Zoi Meet. He shared that they’d met Vuzix when they were both showing at CES.

But what makes Zoi Meet stand out? In terms of product, real-time language translators are plentiful. There is, of course, the aforementioned Travis who raised 2.1 million on Kickstarter and have developed 3 different iterations of hardware devices smaller than a mobile phone that can be placed upon a table during a conversation. Also in the space is Waverly Labs, offering an earpiece and app that can be used for real-time translations as well as to listen to music, and make and receive calls.

Kevin asserts that ZoiMeet’s point of difference is their commitment to the B2B space, particularly in enterprise:

“Our software does everything in real-time based on a selection process of using multiple engines. And what sets us aside is we create micro engines and micro engines are on top of the general conversation where we recognize company jargon that is specifically spoken within an organization. At the same time, we support industry terminology and we can support a better accuracy when it comes to speech to text or text to text translation.”

How does the software fare in real-world scenarios? As an expat in Berlin with less than stellar Deutsch, I tried the software on three different occasions. I’m not sure if it was the Berliner slang my 20-something colleagues use, but the text translations I got were less than accurate. Admittedly, this was only a beta test so fingers crossed better things are on the way!

The company recently completed a TechStars program in Berlin and they have received a lot of interest from corporates. In May 2019, Verizon provided the first demonstrations of Zoi Meet real-time translation on the Vuzix Blade at their “Verizon Tech Day” held in their Basking Ridge, NJ headquarters. Kevin cited a current test case in manufacturing where corporates in Germany were able to talk on a conference call with shopfloor workers in Poland in real-time despite the language barrier. Hands-free options such as the Vuzix glasses are particularly relevant in the industrial workplace making step by step instructions easy to follow.

Kevin noted the while the company was evolving so too was the complexity in the space:

“More people are getting concerned with GDPR but fail to consider voice prints and all this audio data that’s going into the clouds. We could really imagine a future where we are building these micro engines so we can offline package them within organizations and then they have their own systems to work with without relying on a cloud service.”

The company is currently participating in a Plug-and-Play program in Tokyo and working hard on a new feature to be released later this year that will allow people to upload their audio as well as transcriptions.

Just the Start of the Next Iteration of Smart Glasses 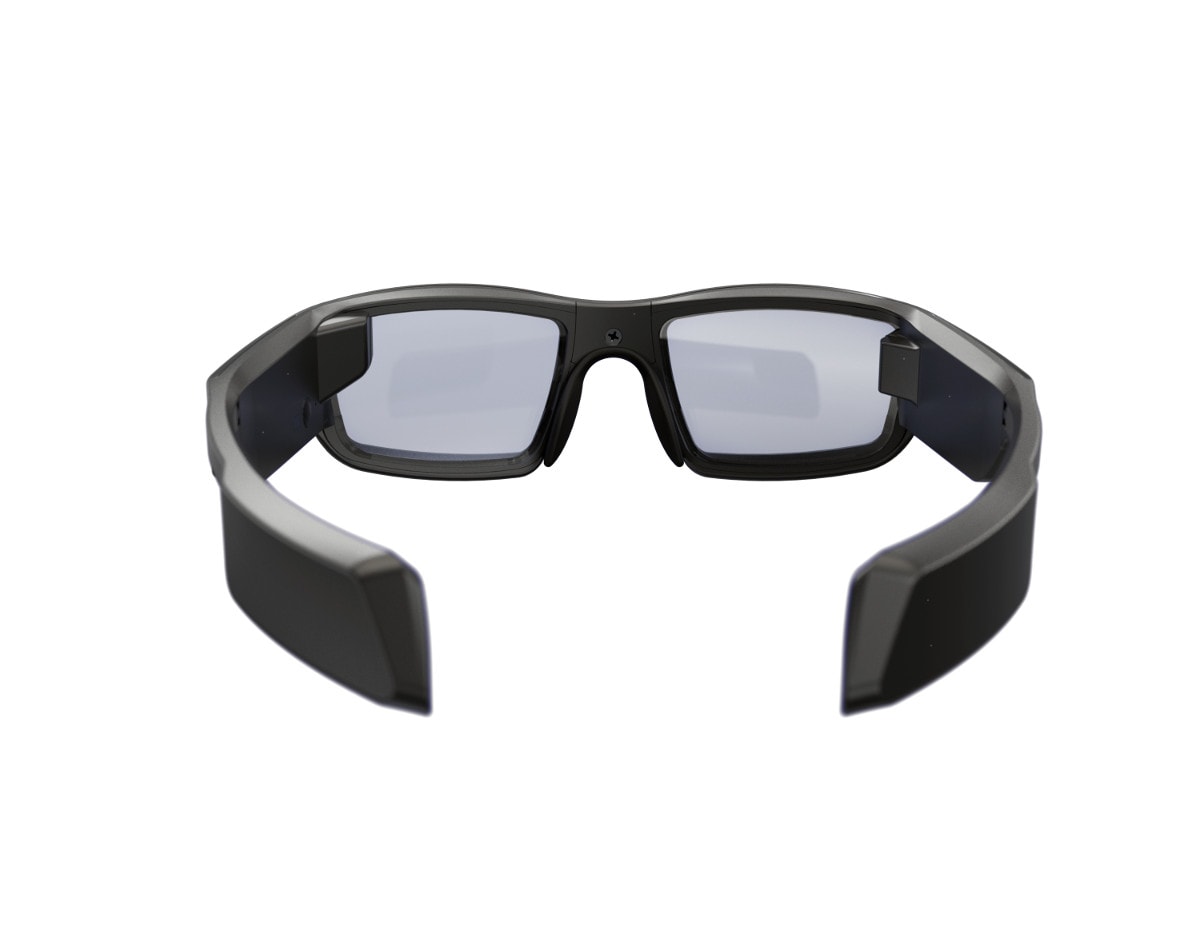 But if language translation is not a pertinent need, Vuzix smart glasses are evolving an ever-expanding array of use cases based on partnerships. Vuzix holds 153 patents and patents pending and numerous IP licenses in the Video Eyewear field. For example, their Vuzix Blade provides a natural view of the real world while concurrently allowing AR content to be simply viewed and interactively managed, all without having to hold a phone in your hand.  They overlay visual information such as GPS mapping directions, restaurant menus, weather information, event happenings, stock information, video conferencing, sports updates, health metrics, patient data, streaming video, and more.

The company also has a range of partnerships in telemedicine, fieldwork, and industrial applications. They also trialed closed captioning for hearing impaired audiences watching theatre. The Company has won Consumer Electronics Show (or CES) awards for innovation for the years 2005 to 2019 and several wireless technology innovation awards among others so this is clearly just the beginning.