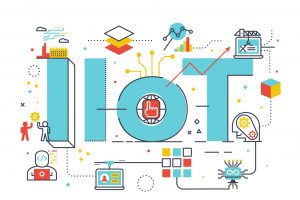 More than one-third of the $1 trillion for digital transformation over the coming year earmarked for initiatives in manufacturing.

Manufacturing enterprises are well -positioned to surge ahead with digital transformation, thanks to investments in real-time streaming, augmented reality, machine learning, artificial intelligence and the Industrial Internet of Things.

That’s the word from Joseph Biron, CTO for Internet of Things at PTC, at a recent presentation at the latest MIT CIO Symposium. The industry already has built the necessary underlying systems and data over the past several decades, which can and is being leveraged in new ways for the digital economy.

For example, the industry has long had programmable logic controllers (PLCs) in place, which are industrial-strength systems that control manufacturing processes, such as assembly lines, or robotic devices, or any activity that requires high-reliability control and ease of programming and process fault diagnosis. “The connectivity already built into those systems can be harnessed to optimize manufacturing,” Biron says.

The Industrial IoT, in combination with machine learning, employ historical data and heuristics to make intelligent predictions about machine or production system performance. “We’re looking at what to do with modern technology to make those critical systems that run the planet be more well-behaved, operationally efficient, resilient, and reliable,” Biron says. “Machine learning eats a lot of data, and puts weights numerical weights
on. It sets up all these weights, and with enough data you can have some predictions that are meaningful meaningful enough to act upon. That’s the revolution that we’ve seen with predictive maintenance and proactive maintenance.”

Executives in the manufacturing sector are making new strategic choices among these capabilities to differentiate their products and services, improve operational effectiveness, and increase workforce productivity, Biron points out. More than one-third of the $1 trillion to be spent on digital transformation over the coming year will be earmarked for initiatives in the discrete and process manufacturing sectors, he adds.

The challenge is, despite the perception that factories and production lines are highly automated, there are still many manual tasks that intervene, Biron says. For example, a producer may still have a machine producing a part that still needs to be wheeled over to another part of the facility. “That’s how products come together. It’s not all like where you have this vision in your mind that it’s automated from end to end and then something spits out an iPad at the end. It doesn’t work like that. The final assemblies are usually manual.”

Despite despite the prevalence of automation and process manufacturing, many manufacturers “still don’t have this connection between their systems,” says Biron. “It’s an IT problem of how do I take information here, information there. information there, and put it behind a single pane of glass so that the people who are making the decisions — the plant managers — have everything they need in one spot?” There will still be a demand for skilled human workers on the production floor, and that’s where technologies such as augmented reality — boosted by AI — will play a role.

Augmented reality “helps you do your job like you have superpowers like Robocop, and a couple of enabling technologies that let us finally do this
at scale” he explains. Computer vision, which uses AI, enables us to “snap on to a real-world object and track it.”

Ultimately, he continues,, “the combination of IoT for sensing what the machine is doing and augmented reality to give humans the benefit of that sense in real time is quite a magical combination.”