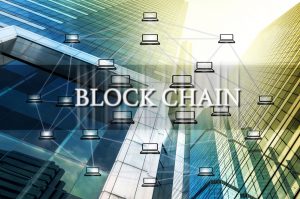 Engineers, developers, entrepreneurs, government authorities, and others will find it fruitful to combine these technologies in large-scale efforts.

The Internet of Things (IoT) and artificial intelligence promise enormous benefits to enterprises, but each comes with its own baggage. Talent is in short supply, vendor lock-in is a problem, and security always looms as an issue. Blockchain technology may help assuage these concerns, a recent EU report predicts.

The recent report, released by the European Union Blockchain Observatory & Forum, makes the case for applying blockchain — the global distributed database — to IoT and AI projects. “Engineers, developers, entrepreneurs, and government authorities, among others, will find it fruitful to combine these technologies in large-scale,” according to the report’s co-authors, Tom Lyons and Ludovic Courcelas.

Start with the merging of blockchain and IoT. Blockchain provides a “decentralized alternative for IoT platforms – one in which devices ‘package’ data and share it in a peer-to-peer fashion instead of routing it through a centralized cloud server,” Lyons and Courcelas state. This combined IoT-blockchain approach provides scalability and avoids vendor lock-in, they claim. “By providing secure audit trails of information coming from a sensor, blockchains can make it easier to monitor individual machines and spot anomalies. Blockchains can also support the interoperability of IoT devices by providing a trusted, common communications layer. Via smart contracts, blockchain can also facilitate autonomous machine-to-machine transactions, bringing automation and other efficiencies to large platforms.”

Blockchain can also provide greater openness to AI, they continue. To reap the benefits of AI, its models need access to large amounts of data. “As the cost of gathering, storing, and processing these large data sets, not to mention of hiring and maintaining AI experts, is prohibitively high, the value of AI is currently being concentrated in the hands of a few large companies. Blockchains can be used to develop open, decentralized data markets in which data producers, whether individuals or enterprises, can sell, rent, or share their data. In the same way, blockchains can be used as the basis for open, decentralized markets for AI models, allowing independent AI developers to directly sell their wares, more easily collaborate with each other on large projects, and even share computer resources. Such markets could also help make access to AI models more readily available to individuals and small companies.”

While the convergence of these three technology waves shows great promise, Lyons and Courcelas have some cautionary words as well. “The performance of the technology, in particular blockchain, will need to improve to be able to manage large-scale implementations. The larger and more interdependent these platforms become, the greater the cyber security challenges will be as well. There are also legal and regulatory hurdles that will need to be addressed, for instance around data protection legislation like the GDPR or with regard to the legal standing of blockchain-based transactions. Perhaps of most concern to many, at least in large-scale, public implementations like our smart city example, will be the safe and ethical use of data.”