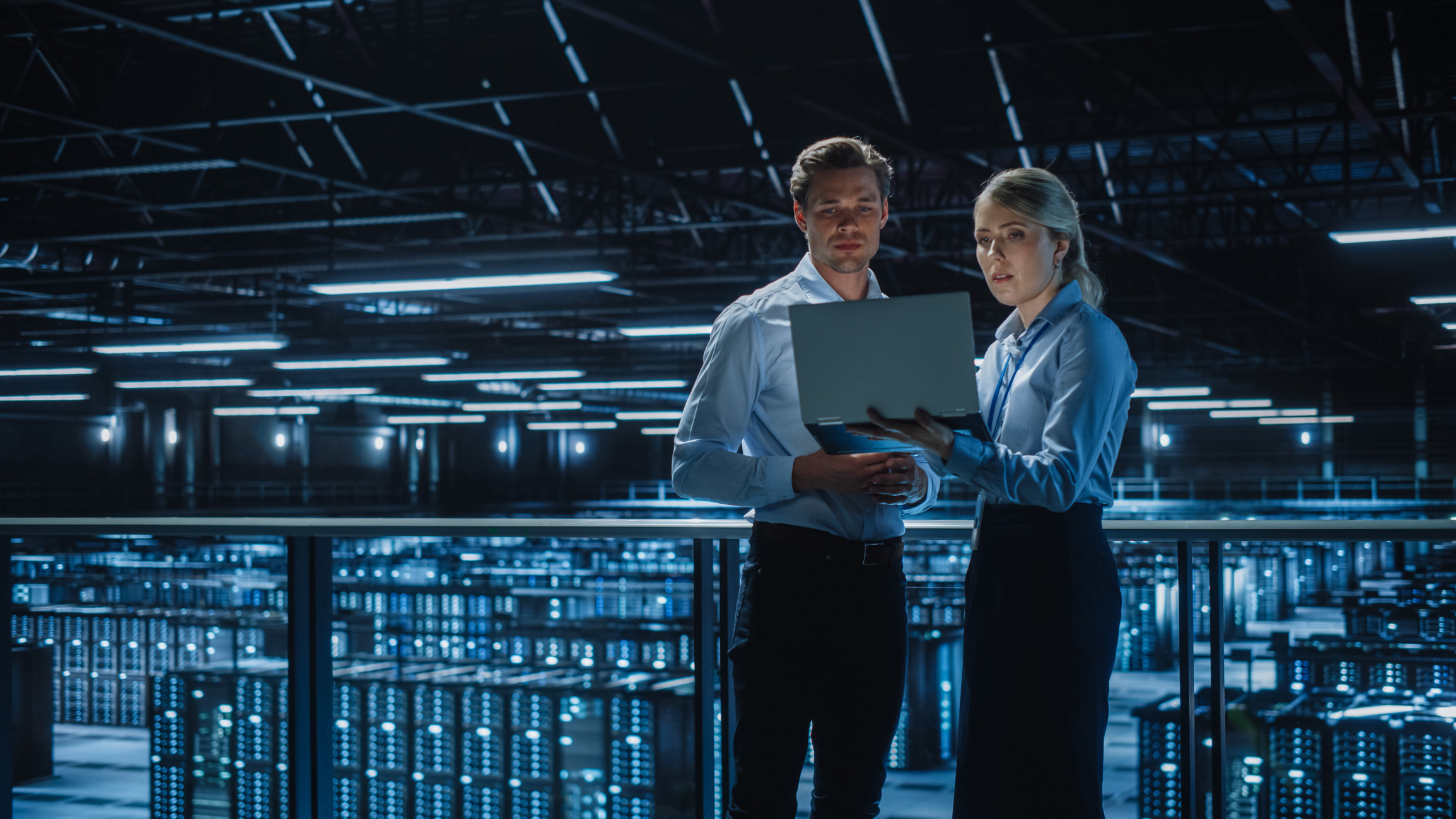 While tech stocks were hammered in 2022, the cloud computing industry barreled along at an impressive growth rate. According to research firm Gartner, the public cloud sector alone is estimated to grow 20% this year.

This amounts to nearly half a trillion dollars in 2022. Just a decade ago, global public cloud computing revenue was a mere $26.4 billion.

Both are seeing strong growth in their respective cloud businesses. But if you had to choose between the two, which company offers the better investment opportunity? Let’s dig into each to arrive at an answer.

IBM spent the past few years reinventing itself into a hybrid cloud-focused company. In a hybrid cloud implementation, a business employs both public and private clouds, using the former to perform basic IT infrastructure tasks, such as hosting a corporate website, and the latter to secure confidential or critical data, including financial and customer records.

In addition, IBM’s impressive list of enterprise clients is an ideal fit for hybrid cloud solutions. Big Blue’s customers include the top ten banks, governments, and healthcare companies in the world. These industries need the security of a private cloud while capturing the cost savings of a public one.

IBM’s hybrid cloud strategy proved successful. In its third-quarter earnings report, IBM generated revenue of $14.1 billion, a 6% increase over 2021. This is the third consecutive quarter of year-over-year revenue growth despite macroeconomic headwinds, such as a strong U.S. dollar.

Big Blue also offers an attractive dividend, yielding about 4.8% at the time of this writing. The company can maintain this robust dividend thanks to its free cash flow (FCF). IBM expects to hit $10 billion in FCF this year, while dividend payments totaled about $6 billion over the trailing 12 months.

Alphabet is building its Google Cloud business in the same way it generated success for its famed Google search engine: by prioritizing customer acquisition and revenue growth over profitability.

That’s why Google Cloud is currently unprofitable, exiting the third quarter with an operating loss of $699 million. But its business is growing rapidly. In just three quarters this year, Google Cloud’s sales nearly matched all of 2021’s income, continuing a multi-year streak of rising revenue.

Google Cloud comprised only about 10% of Alphabet’s Q3 revenue, but it’s already ranked the third-biggest cloud computing company behind industry leaders Amazon and Microsoft. And Alphabet continues to aggressively invest in Google Cloud despite closing down other bets such as its Stadia video games division.

For instance, Alphabet acquired cybersecurity firm Mandiant in September for $5.4 billion, marking one of the company’s biggest acquisitions in its history. Mandiant will boost Google Cloud’s security in a world where remote workers grew from 23% of the American workforce before the coronavirus pandemic to nearly 60% in 2022.

Is IBM or Alphabet the better investment?

Both IBM and Alphabet have proven successful in their cloud endeavors, so investing in either is worthwhile. After all, the cloud computing industry is forecasted to grow from $706.6 billion last year to $1.3 trillion by 2025.

But if I had to choose one of these cloud computing companies to invest in, I would lean toward Alphabet despite IBM’s success and attractive dividend.

Granted, Google Cloud’s success can be overshadowed by Alphabet’s digital advertising business, which accounted for $54.5 billion of its $69.1 billion in Q3 revenue. And the advertising industry is experiencing a downturn this year, leading Alphabet’s Q3 ad revenue to increase just 2.5% year-over-year.

But Alphabet’s ad business helps fund Google Cloud. Alphabet generated $63 billion in FCF over the past 12 months, while IBM expects to achieve a cumulative FCF total of $35 billion across three years, from 2022 to 2024.

Also, Alphabet possesses several factors, along with Google Cloud, that make the company an alluring investment, including its dominance in search advertising. Alphabet increased revenue 41% year-over-year in 2021, and its revenue continues to grow this year, reaching $206.8 billion over three quarters compared to $182.3 billion last year.

Google Cloud’s strong growth, Alphabet’s hefty FCF, and the company’s other areas of strength provide compelling reasons to make Alphabet the better choice for an investment in the rapidly rising cloud computing industry.